Through studying vocabulary, like everyone else, I’ve come to see that there are a number of vocabulary words that are more commonly written in kana over kanji (like for example, I found out the word for “many” has a kanji version 沢山 but I wouldn’t have known that without WK because I’ve only ever seen it written as たくさん.) I think on a few occasions WK has mentioned if a word is more commonly written in kana, but kinda just have a gut feeling that it’s not mentioning this for every single word that this applies to.

Besides just looking up a word on Jisho.org to see if it’s usually written in kana (which sounds like a nightmare to go back and do now for all the thousands of vocabulary words I’ve learned by level 24,) I have to ask whether some script sorcerer has made something that can conveniently indicate (both in lessons and reviews) whether a word is more commonly seen in kana despite having a kanji writing. Knowing what words are commonly written in kana would certainly help as a personal reference since I’ve made a habit of relying on kanji to recognize words (I have trouble recognizing words by kana thanks to Japanese having so many kanji that share readings that results in similar-sounding words or straight-up homophones.)

If there’s nothing to help supplement WK for this, does anyone know of any good references that list common kanji words that are more frequently written in kana?

On a similar note, does anyone happen to know of any Anki decks for common kana-only vocabulary (i.e. words that don’t have a kanji writing at all)? I figure I should probably get to work studying that too, not just kanji stuff.

I would also love a script for this, and to know if there’s any pattern to what sorts of vocabulary are usually written in kana. In my limited reading experience common animals and basic food tend to be written in kana but I don’t know if that’s a standard “rule”.

I think it would be great if WK could more explicitly inform you that a particular word is more often written in kana rather than kanji. I do appreciate learning the kanji but if the word isn’t used that way in common usage it would be good to become more familiar with sighting the kana version instead.

If there’s nothing to help supplement WK for this, does anyone know of any good references that list common kanji words that are more frequently written in kana?

I don’t have a reference to solve your problem, but it might help if you think about it another way - rather than “kanji words” and “kana words,” it’s more just like all words can be written in multiple ways. Nearly every word you encounter, even ones written in kana, will have one or more possible kanji (even if rare), and even the ones that don’t surely may be more common either in hiragana or katakana but recognizable in both if it came to it and the context demanded it.

In my experience, the reliance on kanji you describe is totally relatable while learning! Especially while going through Wanikani! And it’s frustrating.
But I think the biggest thing to remove that reliance is just to practice reading more. Internalizing common grammar and conjugations through actual experience reading will get you to a point where words “pop out” from their surrounding grammatical structures, even if they’re written in kana. And knowing a word is common in kana may not help you if you can’t spot the barrier between it and a particle or verb conjugation following it.

For Wanikani, because of its goal of teaching kanji, I’d say the vast majority are words that are usually written in kanji, and if it’s not - it should actually mention it (albeit in a not easy to spot way) like in the reading description for 沢山: WaniKani / Vocabulary / 沢山

For gathering words outside of Wanikani, and getting more used to which are written which way, and parsing sentences, I think reading is far and away the best method. After all - what you’re after isn’t something inherent to the word, it’s about how the word is used in context. So encountering more words in real contexts I think will go further to help you internalize that kind of thing than a “usually written in kana” label really can. And that way you’ll start to internalize more complex patterns like how kanji usage varies between say, a children’s book and a novel for adults, as well.

Just my two cents though! Not saying additional flagging or references or anki decks like you describe wouldn’t also be helpful too, and I especially don’t have much description with writing words myself, where internalizing the distinction sooner might be especially helpful. But otherwise I think it may be one of those pieces of information that isn’t quite as critical to study specifically as it seems like when you first encounter it.

I gather most vocabulary from dictionary lookups while reading, and as I go I’ll add the word to a separate list if I encountered it without kanji and want to study that along with the kanji form. That lets me know that yes, I saw it somewhere without kanji somewhere and didn’t recognize it, so it’s worth studying that way, and I think that personal touch, so to speak, goes a long way, since everyone’s context and material is going to be a little bit different.

This is a pretty common problem with WK, and I have been struggling with this as well. I recently found this (haven’t used it yet, so I can’t speak to how good or bad it is), check it out! 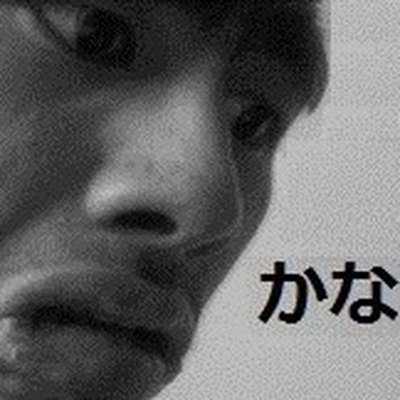 These kind of words can easily be looked up on jisho, but they're also easier to remember than kanji. So why not take the initiative and memorize these anyway? Note that this DOES NOT substitute a full Nihongo course. This course would probably only...

There are also a bunch of posts on the forums if you search “kana only.” For example, Hiragana and Katakana only Vocab from the Core 6K deck in Memrise!

I am not aware of any scripts like you’re describing right now, but I hope these help!

Funny you should mention that other community thread, because I was actually trying to find the kana vocab deck that is described there, lmao. It was shared on another thread a few years ago, but the link is now dead. Nice to know it’s now on Memrise.

…I guess now I just have to decide whether I want to make a Memrise account in order to get access to it. I don’t know anything about Memrise.

Internalizing common grammar and conjugations through actual experience reading will get you to a point where words “pop out” from their surrounding grammatical structures, even if they’re written in kana. And knowing a word is common in kana may not help you if you can’t spot the barrier between it and a particle or verb conjugation following it.

This is precisely why I decided to study some vocabulary before I really got into studying grammar. I once tried diving into Tae Kim’s Grammar Guide but found myself easily getting lost in sentences because I couldn’t quickly tell where a vocabulary word ended and grammar structure started, haha. Now, after getting through a lot of common words on WK, that’s gotten a lot easier. I still have a lot to learn for grammar structures (I haven’t even gotten past the Basic Grammar chapter for Tae Kim’s guide yet,) but that will come with time and studying.

Seems like it’s time I start scoping out some practice reading material. The whole reason I wanted to learn Japanese was to be able to read it, so might as well start practicing now that I have a somewhat decent vocabulary and am getting a grasp on basic grammar.