I’ve been thinking about resuming my SRS habit and trying some handwriting while I’m at it, so I threw together this little userscript this morning to help achieve both goals at once. 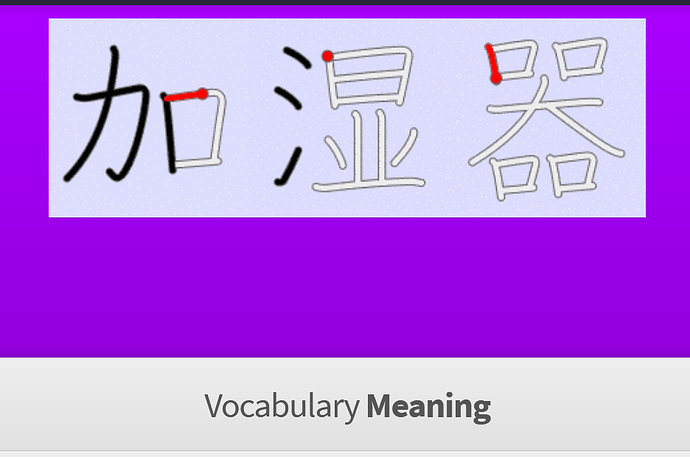 It replaces the prompt in your reviews with animated stroke images (you can click any character to restart from the beginning). It’s pretty ugly since the repository of gifs I’m using has this solid background but it doesn’t bother me so maybe it won’t bother you too!

Script is below; not putting this on greasyfork until I give it a good testing, but feel free to try it out if you want.

This file has been truncated. show original
8 Likes
The New And Improved List Of API and Third Party Apps
JuiceS February 5, 2021, 11:20pm #2

Hey, I got a question: would this still be working with the Jitai-Font Randomizer-Script enabled? Or would the different fonts be replaced by your script image?

Neither script will break the other, but there’s zero point in using them both since the stroke gifs cover up the original text. You’d see the jitai-ed prompt for a second or two at most.