i’m new to WaniKani,
i’ve seen that there is a bookclub over in reading.
I was wondering if there is a song club over here or something?

It was fun and became one of my main ways of studying, I even sang it as my final karaoke song before leaving my gap year in Japan.

Are there any groups that do stuff like this on the forum?

I’ve been here a couple weeks and I haven’t seen anything like that. You could try searching related terms? Anyway, if you start such a club I’d definitely be lurking/listening to any song recommendations. I’m a complete beginner so translation isn’t something I’m capable of yet. Still, learning from songs is an appealing prospect:)

Hi !
I’ve just stumbled upon this thread searching the same thing.
I’m a also a beginner and I think this is a very good idea,
I’m actually building my own fav japanese song on spotify in order to learn the lyrics later.
I think it’s a good way to learn new words, that’s a bit how I learn some vocabulary with english language too.
Maybe we could create something like a music group on the forum ?

Oh wow, I didn’t know someone had actually considered this before. I must have missed the original post during my exam prep period in March.

I know that quite a few people have shared songs on the forums (there’s definitely a music appreciation thread or something similar somewhere), and some of us have talked about studying them (myself included), but I don’t think people have actually come together to do it.

One example of a song being studied/explained is this rather famous one, ‘Lemon’, being analysed by Nihongo no Mori, a fairly well-known Japanese learning YouTube channel: 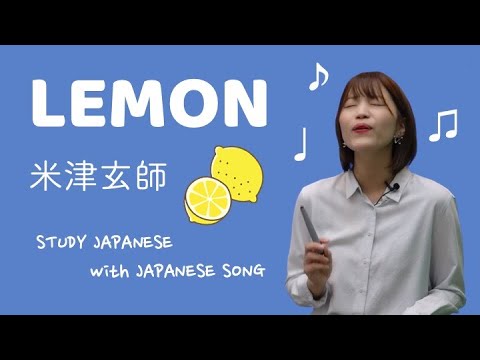 I’m not sure if I would actively participate if such a club were created, particularly since I have other priorities in Japanese learning (and I’m a little busy in general at the moment), but I wouldn’t mind dropping by from time to time. I tend to at the very least look up all new words once whenever I learn a new song in Japanese (I’ve learnt three so far – two full versions, one anime version), so it wouldn’t be too different from what I do already.