Learning to Write Kanji from Wanikani

I’ve basically been ignoring the writing component of Japanese until now, so much so that I can’t even really write katakana (I know, that’s first on my list to learn). However this summer I’ll be going to a Japanese program in Japan and will really need to be able to write at least some kanji. I feel like knowing a kanji well enough to write it from memory is a different kind of knowing from being able to read it.

Right now I’m considering going level by level using flash cards with the English on them and writing the answers down, but I’m not sure what to do for Kanji with the same meaning. Maybe represent them with slightly different meanings or synonyms?

How do you learn to write kanji that you already know how to read?

I think @leebo and @polv (I think) place a lot of emphasis on writing. They’re probably your best bet for this kinda thing.

I have a variety of writing practice methods in my regular studies.

-KanjiLS for iPad
-Kanken Training 2 for 3DS (It does have some drawbacks, that I mentioned recently in my Kanken thread)
-Iversen method
-Various school kanji tests

When you write Kanji, be sure to be reminded of its readings / meanings, but you don’t have to explicitly write them.

I’m also trying to write kanji as I learn them. I start off with a few scripts to learn the stroke order. One pops up when I hover over the kanji, and the second one gives a stroke by stroke diagram order.

After that I use Skritter, uploaded all the kanji from WK. It really drills me on correct stroke order and such. IMO, it’s a little overpriced, but Kanji Study might be free.
https://skritter.com/dashboard

Adding a pic of me writing “North” on Skritter. 北

And also like to practice on real paper. I don’t try to do more than 3 times the same character at once.

And these Buddha Boards are the bomb! They dry after a minute or two.

And check out this free Japanese Shodo course! 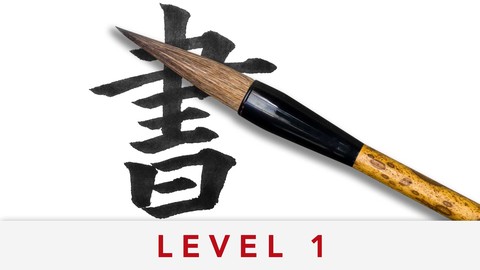 I have that very same book! But… but… mines not as colorful looking in the handwriting department as yours is…

I can also recommend that “Kanji Study” app you posted above:

While maybe not the best app for “writing” Kanji alone, it has a lot of use cases including writing that I went ahead and paid for it.

I write my kanji down on paper when I do my KaniWani reviews to help reinforce what I have learned here on WK. Since KW gives the english words, you have to recall the japanese equivalent. So I will type in the answer using romaji, then write it down on paper in kanji and hiragana (or katakana in the rare case). Whenever I come across a new kanji I haven’t learned the stroke order for, I will look it up on jisho.org. After about two to three times of having to write a kanji by recalling it, I mostly remember them.

I use the Kanji Study App for Android. I think it’s also available for iOS.
It got many nice features but the most useful one for me is, that you can import your Wanikani progress and practice writing the Kanji you already learned.
The App gets updated regularly and I think SRS will be implemented soon.

Pretty much the same. Anytime I see a kanji I don’t know how to write I just check it on Jisho and scribble it down a few dozen times on paper. Afterwards, I just plonk it on my wall on a sticky note. When you see it every single day it becomes quite a challenge to forget.

Also, after you learn the stroke order for the alphabets and the radicals, you will know how to write most kanji you see (it happens faster than you think).

How did you upload all the Kanji into Skritter? I tried searching user-generated lists on there and wasn’t able to find any WaniKani specific ones.

How do you import WK progress in? I have the full version of Kanji Study on Android.