You probably don’t know about the Hiragana Battle and Katakana Battle games, because most of us on Wanikani learned those two in a matter of days. Not even hardcore study or learning how to write all these characters, we just learned THEM.

But these games (on steam) are pretty decent for learning the very basics, for people that need a little more accomplishment and encouragement to learn something new.

Pretty soon, there will be a Kanji Combat game from the same creators, thanks to a massive kickstarter: 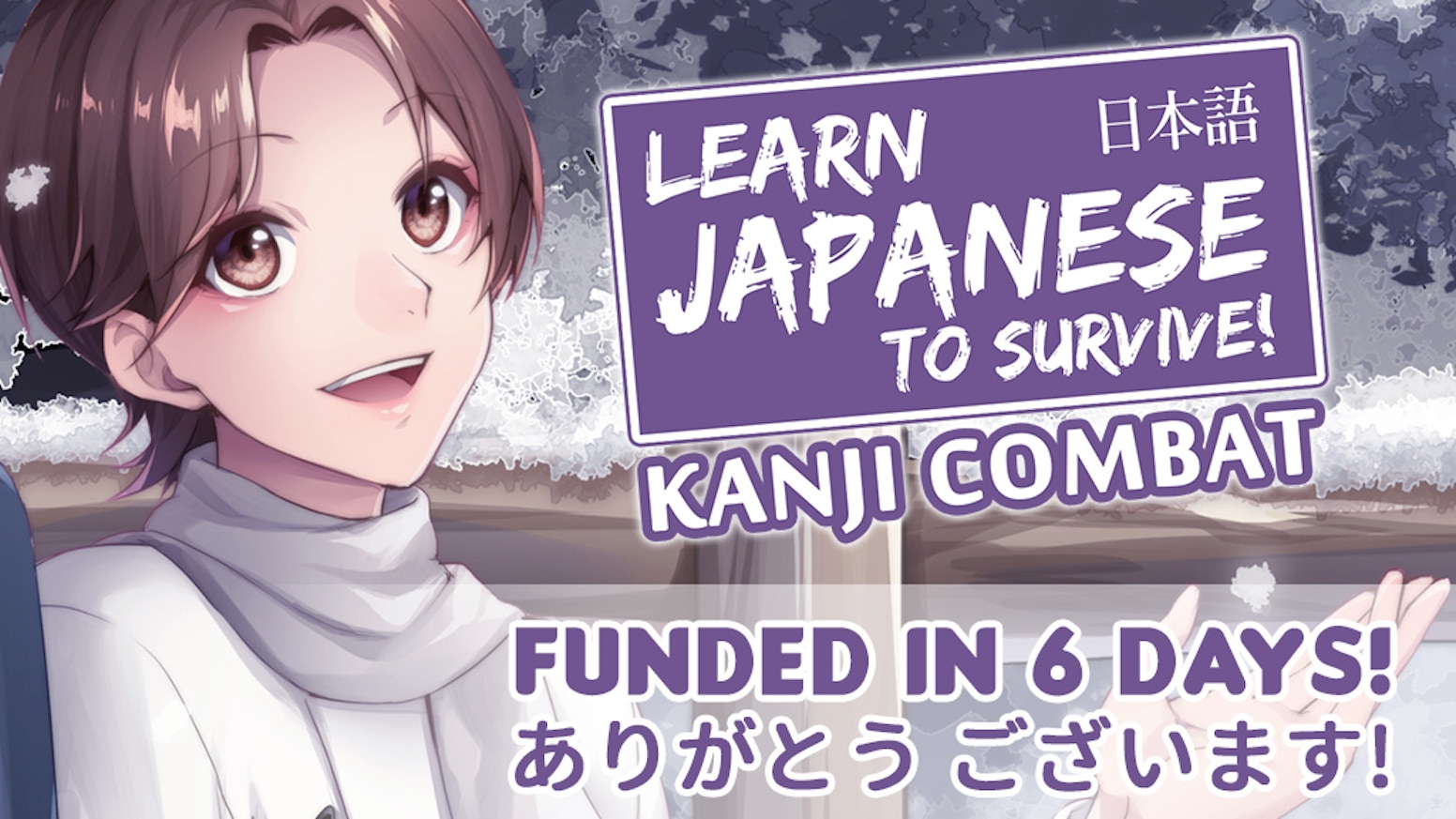 Learn Japanese in this interactive role-playing game! No experience needed - start reading and writing in Japanese!

I’m sure a lot of us will enjoy it alongside WaniKani, though from what I know about the earlier games, it might not be as intensive in study…

The only downside is that it doesn’t come with mnemonics… but isn’t that what we do here? We practice mnemonics to such a degree that we make up our own ON THE SPOT!

I have both Hiragana and Katakana battle and play it from time to time. For fun.

I have backed Kanji battle and am quite curious when it comes out. I hope I am not way further than the level of the game because of WK when it is finally finished.

I’ll just buy it when it comes out–

It’s more fun for me to play “Nier: Automata” in Japanese, among many others.

I played the Learn Japanese to Survive: Hiragana Battle game for a little while when I first started. It was a fun and cute little game. Unfortunately, I learned hiragana very fast thanks to Tofugu’s ultimate guide, so I advanced far past the point where Hiragana Battle was a reasonable use of my study time. I still go back to play it occasionally, but I’m not actually learning anything new at this point. Good for taking a study break without leaving Japanese behind completely. I’m not quite at the point where I can play actual games in Japanese, but I hope to reach that point eventually. For now, i’m working on adding some Japanese-adjacent games to my leisure activities.

I’m happy to see that the creators are working on a Kanji version. Not quite sure how they would work in all the meanings and readings with their battle system, but I assume they’ll figure it out some how.

My character would only walk left.

Learn over 200 Kanji characters, with detailed instructions on how to read and write each character.

I picked up the Hiragana and Katakana Battle games last year and played through them and they were delightful, so I’m pleased to hear there’s a kanji game coming. Glad to hear they added one-hit KOs and fixed the issue of battles dragging on a bit while you just picked the right answer over and over. I’ll pick it up when it comes out just for fun, thanks for pointing it out!

It is not the 2000 you learn here. But it is 10% of that and it needs to be programmed and explained. I think for a game that is quite a lot. The possibilities with this are endless actually. They can just add to the game until they run out of kanji

I’ll probably buy it anyway, can’t hurt, and as you said there’s chance for additional content.

That DOES look fun though! I will probably give it a try! And hope that if it gets enough players they might expand until they reach 2000+ =)

Kanji Combat is out on Steam now.

Anyone tried it out yet?

I do have a feeling it will be disappointing. I hope I’m wrong though.

I think the game-y aspect would be fun. I don’t think you can really learn Kanji through this. Most of the time kanji is learn through vocab. I think for this, it will be more about kanji recognition (with maybe the main Kun reading included).

I looked at the study guide DLC and its written in romaji. Not sure why? since they had a hiragana/katakana game. Maybe they hoping for new customers, that just purely want to learn kanji? Whatever the reason, it doesn’t fill me any confidence. [Not to mention, the study guide itself, looks like a crap PDF with a meaning, kun and on readings all written in romaji]

I don’t think they be much value in this game. This is probably one of the weakest (but the most enjoyable) methods to learn kanji. For a primary resource to learn Kanji, I would say avoid. Using as supplement and fun playing and enjoying the game, whilst also reinforcing. Sure, why not? It’s not going to break the bank - its cheap and probably quite fun to play.

As I said before, I haven’t played this game. I am just going of first impressions, on what I’ve seen from screenshots and videos.

Well I would hope anyone posting here would be using WK as their primary source.

That sucks about the romaji. That just screams ‘don’t take me seriously’ to Japanese learners.
Maybe they will release a hiragana version if there are enough requests for it.

You’d think they would use hiragana from the start, considering that teaching people to recognize hiragana is the whole point of the first game in this series. Anyone who has played the previous games should be able to understand hiragana/katakana no problem, or so I would assume.

I’ve been playing the Kanji Combat game, I think I’m about 2/3rds of the way through. (I came to wanikani as I saw the end approaching, and wanted to start in on something that’d finish the job, and be more effective.)

Things about the game that I think are worth knowing, or address concerns mentioned above: