Wow thanks so much for writing this out, I had been trying to figure out a way with SQL databases and not having a good time. Can you point me to the google doc you made? I think I can likely repurpose it for myself as well.

Sorry, nothing for the moment. I’d love to do an Android version someday, but as a solo developer it’s just too much to take on both. If Nihongo ever blows up and I can afford to hire a second developer, I’d love to do it. But not sure if/when that will happen.

In the meantime, I know Adam is offering Anki decks for free to anyone who’s purchased the Android version. And if you want to get the app on iOS, I’ll extend whatever discount offer I come up with to people who have purchased on Android version too. Sorry, that’s the best I got!

Hey. I am currently on 2170/2300 on Kanji Kingdom so I can probably provide some of my thoughts. The one thing I did particularly like about Kanji Kingdom was that each card forced me to also review a variety of other kanji by reading the full sentence and then using memory recall to get the main kanji on the flash card. This makes reviews sometimes slow and I had a period of months where I would skip the sentences to be honest, but as a whole, once I got back into the rhythm of it I think it did a good job really reinforcing the recognization of other kanji and was worth it.

@GrumpyPanda I actually started Kanji Kingdom and Jalup Beginner at the same time doing about 5 cards of each a day. Jalup Beginner had some rough moments because of the Kanji but through enough exposure I got a feel for most of them and basically just decided to “trust the process”. Once I got towards the end of Jalup Intermediate I realized that I actually knew most of the Kanji that I previously just got a feel for through exposure.

Was this a really good way to do things? I can’t say for certain, but I did stick with it and power through, and I think that is what matters more than the method itself. Having everything located in one app helped me stick with it I would say.

Now if I watch a show with Japanese subtitles I can often pick up the rough meanings of words due to the kanji that I recognize as well as the shows visual clues and context. Plus when I learn a new word the keyword helps me either get the meaning faster or make up a quick mnemonic sometimes to help me remember the word. But as time has gone on I find myself just “recognizing” more and not even thinking about the English keywords, which I suppose is the goal?

Having said all that @GrumpyPanda i had a friend try Jalup with me and he gave up almost immediately because of the kanji in the Beginner deck and he switched to WaniKani solely. So you still have a really good point and maybe I’m the anomaly here lol

Sure! Was hoping to test it a bit further before sharing in the open (E.g. no one else has verified that the intervals are actually imported correctly yet. Also, am not too keen on playing Support Agent for this process), but here’s to hoping it’ll just work

If you do happen to improve upon anything, like making the google sheet include more of the Jalup cards or making it more robust (I’m not the best at formulas within excel) please share with everyone so they can save themselves the work.
In case you discover I messed something up big, please let me know

*No Pandas are liable in case you discover a month from now that some of your progress was messed up. Please double check the imported intervals yourself (e.g. by comparing Anki intervals with the original JalupBackUp.csv)

I really think there are two different demographics here.

You have people who want to have all the functionality in one app, of which there’s a large number. But the market is already saturated with Wanikani and other services.

Then you have the people who have done Wanikani or have learned kanji but are looking for the next step. It’s a smaller market but there’s also less competition since there aren’t a lot of apps that will take you from N3 and up. That’s where I think Jalup is positioned well: as the gap to bridge beginner to intermediate learners.

Great instructions. I went through everything and using your info and spreadsheet did it today. It took about an hour without really any problems.

I can confirm if you do it the way you lay out the Card ID’s are the same so that is great. I looked at and agree with your formulas and spot checked a bunch even after loading into anki.

I would clarify on step 5. First I copied Jalup Backup Converted and then pasted AS VALUES into a new google spreadsheet. That new spreadsheet I then downloaded as csv as you specified.

That’s it. After it was all working I combined all the decks into one, downloaded the deck for backup and then loaded it into my main profile. I spot checked again some of my cards and everything looks good.

Good luck everyone and thank you Grumpy Panda!!!

If it wasn’t for this thread, I wouldn’t have known this happened. I don’t really visit their blog considering there was barely anything new from Adam for almost a year.

It has been a disappointing ride for me, especially coming from the web version (Jalup Next) which was my favorite version of Jalup. After that was shut down I had moved to the app which didn’t like at first, but got used it after a few months. Now I have to move once again. Anki is great and I personally use it for other things, but card linking is a godsend and very useful at least to me.

I got the decks from Adam, but I will keep using the app until it becomes unusable.

This is useful, thanks. It does feel like there’s something to just picking an approach that feels good to you and sticking through it. Even if it’s not the 100% most efficient method, if you can get yourself into a groove with a particular approach where you keep coming back to it, that’s more important.

Thanks. How do I get the card ids for the other decks?

I would like to give kitsun.io a try as well.
If you want to add me on Discord: “Aurian Danu#3744”

My apologies for the delay. I’ve added you on Discord. Send me proof of purchase and I’ll send you a link to the deck

It’s very fair. Currently, the Jalup store is still selling the subscription at full price with zero mention that it will be shut down in the fall, or that they are migrating to Nihongo that doesn’t have Android app, or that you have to spend some effort with your Anki deck.

If you run Jalup and know that your app is going to be shut down, you give your users a long warning (at least 1 year), and then either stop selling your subscription or give new subscribers steep discount, something like 75%. How would you feel if you buy Jalup subscription on October 20, then Jalup is shut down on October 21?

Yeah, at this point it’s just scummy to milk customers without mentioning it. Although they had some interesting blog posts, I always found their marketing very off-putting, anyway…

I’d like to ask everyone to keep the conversation on topic from here on, which is informing people that Jalup is going to be unavailable in the future and sharing related information such as communicating ways to keep your SRS progress.

Some people seem to feel rather strongly about Jalup, and you are entitled to your opinion, but at this point, in here, it really doesn’t matter. Everyone that is going to read this will already be fully informed that Jalup is going to shut down.
Everything you’re doing by bringing up heated discussions like calling Jalup a scam is upsetting the people that genuinely liked the product. Let’s be a little considerate.

I’d like to ask everyone to keep the conversation on topic from here on, which is informing people that Jalup is going to be unavailable in the future and sharing related information such as communicating ways to keep your SRS progress.

Some people seem to feel rather strongly about Jalup, and you are entitled to your opinion, but at this point, in here, it really doesn’t matter. Everyone that is going to read this will already be fully informed that Jalup is going to shut down.
Everything you’re doing by bringing up heated discussions like calling Jalup a scam is upsetting the people that genuinely liked the product. Let’s be a little considerate. 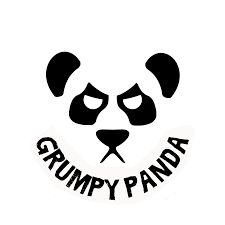 I won’t comment on the UX concerns of having multiple kanji learning methods side-by-side, particularly as I must admit I’m biased towards preservation of jalup, but I can speak to my experience with different methods learning kanji.

I actually have used Kanji Kingdom, RTK (specifically the now orphaned Recognition RTK, previously of MIA), and the WK/Nihongo approach simultaneously, and found that while it wasn’t necessarily efficient to use all at once, they all complemented each other. Learning kanji and vocab together most closely represents that actual linguistic task that needs to be learned, but RTK teaches the orthographic structure of kanji, and also improves isolated recall, which make the acquisition of challenging kanji in vocab easier. Ironically, I think RTK is actually relatively poor for learning kanji by meaning (it doesn’t draw on the language-as-used enough), and the original RTK forewent frequency ordering entirely (RRTK improved on this). Kanji Kingdom both leans more heavily into frequency ordering without compromising the benefits of simplicity ordering, and by necessity of the chain method connects kanji meanings much more closely to vocab; I think Kanji Kingdom is what RTK should be, and while I got benefit from RTK (mostly because I valued the difficulty of the 1:1 kanji to keyword recall), if somebody asked me how I recommended they go about kanji study, it would be to combine Kanji Kingdom with cards based on kanji found in immersion vocabulary.

All of this is to say, while I’m not sure what the best future of Kanji Kingdom might be, I think you’d be making a mistake to dismiss it entirely in favor of vocab-based kanji study.

Thanks, that’s super useful info. Sounds like I may be in a good position to support your recommended approach too, so that’s great. I’m going to save this comment and look at it again when I get to work pulling Kanji Kingdom to Nihongo.

The ability to transfer User Notes would be a huge help! I add a lot of additional sentences to User Notes field and being able to import my User Notes from Jalup app to Nihongo easily, would be the number 1 feature for me. Please make that happen if possible