I can't find the Kanji on Jisho!

I just have a quick question. Is it normal I can’t find the Kanji on Jisho?(based on what’s mentioned in WK)

So I just learned this Kanji(I just discovered that radicals aren’t necessarily completed 100%): 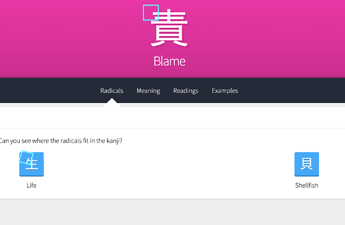 So it’s composed of two Kanji 生 and 貝. Yet, when I select 貝 on Jisho’s radical feature I can’t select 生 anymore. Am I missing something? 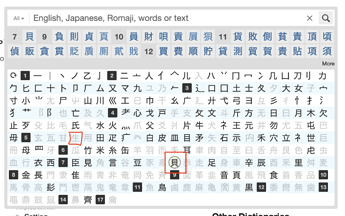 Have you tried scrolling through the list up there? I was able to find it quite quickly. 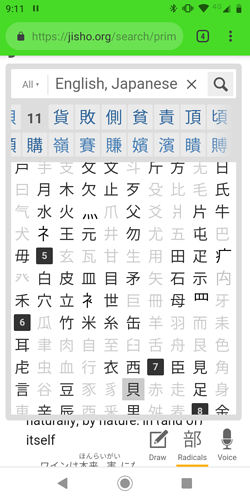 But yeah, radical composition on various sites isn’t going to be very consistent.

If you want the historical composition, which can actually be relied on, there are kanji composition dictionaries.

WK just chooses whatever they can make a mnemonic from most of the time.

I’m not really sure what your issue is…since I don’t use Jisho…but the kanji is in your second picture at the top? fifth one in from the #11 …sorry I can’t help more. I just use a physical hard copy Kanji dictionary to look this kind of stuff up or use this site where I can draw it in myself: https://kanji.sljfaq.org/

If you have an android phone, got an app called Akebi. It’s a free dictionary app, but they have a kanji search section using handwriting that works fantastically.

I know I’m lame but I never got used to radical based search. I prefer being able to hand write stuff and I like pretending I get some hand writing practice that way too

There is handwriting input in jisho but it is also not great. So I’m usually just using my phone with and app called Midori (unfortunately iOS only but there must be something similar for Android? Google Translate handwriting recognition is decent but not ideal imo) when I want to look something up. That was a game changer for me.

As you can see, the results are good even even when being veeeery sloppy with the input (3rd suggestion in the list)

@Saida Ah lol indeed. Though my main problem was not being able to select the second radical of the Kanji 生.

@Leebo Yeah, the thing is I blindly trusted WK when it comes to radicals. I said the radical wasn’t 100% used, maybe that was an indication that the combo was wrong. Like there wasn’t the ノ part for 生 on the main Kanji. Though now I can find it with a different combo 貝, 二, 亠.

Thanks for the link, I might use it in the future.

@jonoleonard I just installed it, it seems to be cool, thanks!

@irrelephant Who cares about what you use, as long as you find the Kanji you win

I am just not used to using handwriting features but I might use them in the future. I usually translate stuff when I am on my laptop xD

It’s… almost shocking that it would recognise it, haha. Is it the built-in handwriting input method of iOS? I normally use my electronic dictionary, whose handwriting recognition I find very good for my use, but I just tried it and there’s no way it would produce 責 from something that lacks the litte legs at the bottom! From my limited experience playing with Google’s new handwriting support, it was also very good at finding completely mangled kanji (but the UI was bad IMO).

Though that is the prediction line, so it should be able to predict a couple more lines to come

It’s… almost shocking that it would recognise it, haha. Is it the built-in handwriting input method of iOS?

This is I believe the recognition method built by the Midori app itself.

@Noursaidana I also would prefer being able to do this on my desktop every once in a while but unfortunately, I haven’t found any website yet that does it sufficiently well.

When looking up stuff on Jisho, I spimply copy and paste the kanji/word into the search bar. It’s far more efficient and reliable than the radical search.

Oh, and Jisho also has a “draw” search feature which works pretty well, most of the time. 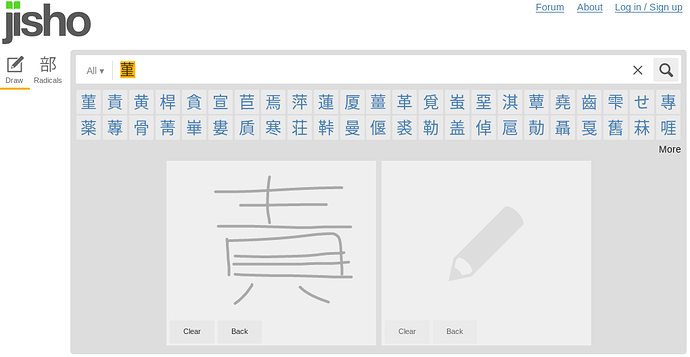 This is I believe the recognition method built by the Midori app itself.

The recognition of the built-in (Chinese handwriting) keyboard that I use when looking up kanji is really good with this stuff too, as long as you roughly adhere to stroke order. Actually much better than any app built-in kanji recognition I’ve come across, but I don’t use Midori usually. 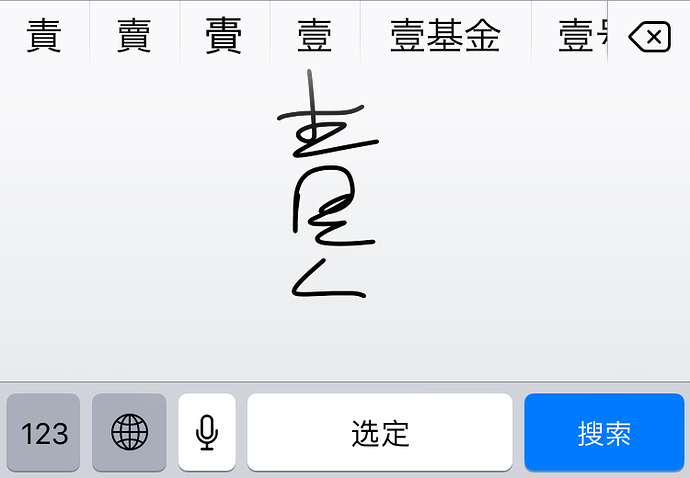 as long as you roughly adhere to stroke order.

I think that one is my main problem with other types of handwriting recognition…
Midori is very forgiving when it comes to that. I know I’m supposed to know the correct stroke order but compared to all the other things one is supposed to know, that is very low on my priority list…

If Jisho is ever weird, you can try tanoshiijapanese.com, I’ve found it incredibly useful and you make kanji lists!