i got the same feeling. Eventually though i think i got it.
So the fact the she became slightly more mature is referring to the fact that she was able to fly on the broom really well, like being able to fly the broom is like an achievement that makes you more mature as a witch.
The other part confused me a little, i kept thinking that as she flew she kept seeing things like pimples appearing on someone’s face and wearing a dress to a friends party, it didn’t make any sense. I kept on reading to the part where she fell , and then i dawned on me, the 気をひかれてしまうのでした basically means she kept drifting off and thinking about other things when she was flying. In other words this is what i think it means.
“But as she flew on her broom, Kiki would always get distracted thinking about many different things like the pimples that would show up on her face or the dress to wear for her friends birthday party.” Then for the following sentence “One day while she was absorbed in thought over her new undergarments that she was wearing, she didn’t notice that she was slowly falling.”

I hope this helps.

Oh! That makes so much more sense, thank you. I skim read over the next section and thought it was something like her new lace underwear got stuck on a telephone pole.

I think the first section is about her being a teenager (so thinking about silly teenage things all the time). So maybe something like:
'But, Kiki was not quite an adult (/still a teenager), so when was flying she would often get distracted … ’

I noticed a lot of 気 words/phrases packed into this short chapter.

I wonder if the author did it on purpose? hmm…

on a second read through I am understanding a lot more (could be because of @keithb’s summary of the chapter, thanks for that XD )
I should probably try and read the chapters twice or so before asking questions

I searched the topic, but I apologize if this was already asked. Towards the end of page 7 (blue book), it says:
この鈴は、嵐でもないのにときどき大きな音をだすことがあるのです。

Even when there was not a storm, sometimes this bell would make a big sound is how I took it
i.e. something other than storms or wind is making the bell ring kiki

Also, fyi, I am making a memrise course as I go along so here is a link for first chapter vocab that I did not know if anyone is interested… 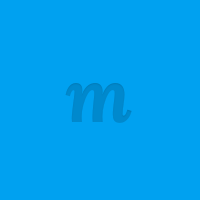 Words that I did not know, compiled...

Also, just to make sure, the narrator is addressing the reader directly in these opening paragraphs, right?

Like “Well then, shall we shift our focus (eyes) to the east end of town and take a quick look at Kiki’s house?” (rough translation).

That is how I was reading it. Pretty sure that is the case…

I’m confused by 分かちあえる here. Yomichan says this is the potential of 分かちあう, “to share.” So 分かちあえる者 is “someone who can share”?

Perhaps the whole thing is something like “It’s a very heart-warming thing to have someone who can share, whether it’s happy or sad” ?

I noticed a lot of 気 words/phrases packed into this short chapter.
…
I wonder if the author did it on purpose? hmm…

I think it’s just that 気 really is that common, and crops up in a lot of common phrases.

心強い is more like heartening, encouraging. But thanks for the わかちあう thing. I was confused by that too. So yeah, I would say something along the lines of When you are sad or happy, it is very heartening to have a person to share those feelings with. with some extra words added for making it sound a little more natural

Also, these townspeople are really mean so far. Poor Kiki

What? I didn’t get that at all. They seem quite friendly to me. What gave you the impression they were mean?

Just from the line:

I was joking slightly, but having the first impressions of the townspeople being them laughing at Kiki’s misfortune does make them seem a bit mean. I imagine that it’s probably in a loving way though, rather than a bullying way.

I’m in the middle of my second reading of this chapter (on the first reading I just skipped all hard sentences), and I’d like to thanks everyone who posted in this thread. It’s very useful!

どこの家でも見られるような絵や写真の代わりに、<-- but instead of photos and paintings that one can see in any house,

What am I missing that makes どこの家でも mean “in any house”? I’m having trouble finding this.

This seems relevant. どこでも means anywhere, so I guess どこの家でも could be “anywhere’s house” which in better English could possibly be said “in any house”.

Anyway, that is my guess.

As expected, the book is above my level… I’ve been looking at this dialog for 10 minutes trying to figure it out (page 9 blue book).

The first sentence was easy. But I have issues with なくちゃ and had a really hard time parsing the part after the comma. After going through the whole thing, I think it means “Mother (wife), how about if we leave it to Kiki? Kiki has to feel like it. Even if you say it many times, I think it’s useless”.

I’m still unsure about that last part though.

ならなくちゃ is informal and conversational so that is part of why it is weird. I only sort of recognize it because I have heard it a few times in speech. It is a shortened form of something else（なければならない I am pretty sure). Good explanation from wikibooks, (Literally, the -なければ -nakereba conjunction is the negative conditional form, “if not (this action)”; ならない naranai is “to not become”, the plain negative of なる naru. The literal implication is that if the action is not done, nothing else can proceed.) So “If Kiki does not feel like it, nothing will go forward, no matter how many times you say it, it is useless I think.” or something like that. That would be my thoughts.

Honestly, なければならない confuses me a lot and it is even trickier to catch shortened spoken forms unless you have heard them enough to start picking them up. I am pretty sure that is what is happening here though. Hopefully that helped a little bit.