Welcome to the 死仮面 Reading Thread! 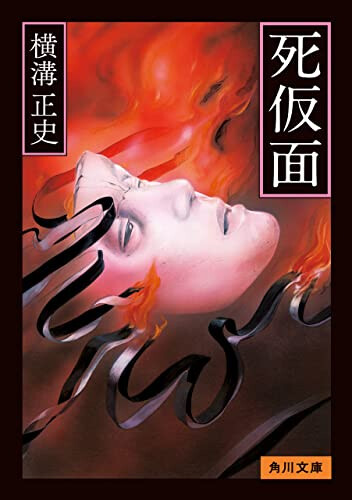 This book is part of the 金田一耕助 reading club. The title story is (chronologically) the fifth novel-length story, but can be read as a stand-alone. The book also contains a short story, 上海氏の蒐集品, that is not part of the 金田一 series.

You can buy it here:
Amazon

We will start reading on October 24.
There will be no weekly threads, all discussion will be had in this thread.

Page counts according to the 角川文庫 version. Thank you to @pm215 for providing those.

You can mark your participation status here:

Such a shame I have 2 other book clubs in October and a third book I’m reading with someone offline. I’d love to join this sometime!

If you’re already reading 3 books, 1 more can’t make that much of a difference, right?

I read the first few pages and it’s a good deal easier than I expected, so I plotted it out on my calendar and it only overlaps partially with the other book clubs I’m in so…I’m gonna try. Here’s hoping my eyes aren’t bigger than my stomach for this reading schedule

So dramatic. Death masks, scandalous 3 daughter 3 father family setup, abuse, ghosts, and a stalker?! This is my first 金田一 that isn’t a TV show, so perhaps I’m wrong, but right now the ending feels too obvious? I feel like 君子 is dead, the crazy old man looking for 川島 is the artist, and he is also the owner of the second mask. But the man visits the school in October and the middle sister reported that 君子’s ghost visited them in September

I’ve finished the first chunk too. It packs quite a lot of stuff into 50 pages, including a clear “there’s clues in here” authorial challenge. My current guess is that 君子 is not dead and this is an elaborate revenge plot. I’m always a bit suspicious of conveniently unidentifiable corpses. I liked the bit in the black market – I always like it when bits of the at-the-time social history like this figure in a novel. Some of Matsumoto Seichou’s detective fiction has this kind of just-post-war setting too.

The obi on my paper copy says this was brought back into print for the 120th anniversary of the author’s birth this year, so we’re lucky in the timing of our readthrough.

Interestingly, the “this book contains various now-thought-derogatory expressions but it’s an old text so please don’t complain” publisher disclaimer at the back actually lists the words, which I don’t think I’ve seen one of those disclaimers do before: “気ちがい、跛、いざり、薄野呂、中支、土工など”.

he is also the owner of the second mask.

…but don’t we already know where both masks are? I thought the police had the one the artist made for himself (didn’t the detective show it to Kindaichi, who now has a photo of it?), and the sisters have the one that was sent to them. Of course, we only have the artist’s word for it that he only made two

Interestingly, the “this book contains various now-thought-derogatory expressions but it’s an old text so please don’t complain” publisher disclaimer at the back actually lists the words, which I don’t think I’ve seen one of those disclaimers do before: “気ちがい、跛、いざり、薄野呂、中支、土工など”.

Oooh I’ve seen that but only in a non-fiction book. It was basically like, ‘we will be quoting from source material and some offensive words will be present. They are maintained to keep historical authenticity’ or something along those lines. I definitely got the feeling from the text that 跛 was already a rude word back then…

…but don’t we already know where both masks are? I thought the police had the one the artist made for himself

Oh good point! I’d have to go back and check but that does sound right. But it can’t be too hard to make multiple. And yes, conveniently unidentifiable corpses are also suspicious but it raises the question of whose body is it, if not 君子’s?

Yeah it definitely feels like we’re supposed to suspect Shingo, and then in the end it’ll all be Kimiko. They’re in a bad part of town, I’m sure there are corpses rolling around. The guy at the school was probably Kimiko in disguise (including a wax nose).

This story seems fairly female-centric, but we still have a woman getting abused… but this time it’s by another woman. I guess that’s… better…?

Also, anyone know what “一本になる” meant in that place where it showed up?

Also, anyone know what “一本になる” meant in that place where it showed up?

I had to look this up, and I admit I kinda glossed over that sentence at the time since the ‘gist’ came through. I assume you mean this one: 花柳名を駒代といい、十六の年に一本になったが、そのとたん彼女は川島泰造という大学生と猛烈な恋におちた。?

I think it’s saying something like 'At the age of 16 she took the Hanayagi (some geisha thing I think?) name of Komayo, but then fell madly in love with Kawashima Taizou."
Googling I found this: 花柳界用語集

which seems to fit that meaning?

Yeah from context I thought it meant something like “一人前” but couldn’t find any actual sources–but I think that’s one! Thanks!

Finished week 2! There’s some good exciting action at the end there. I was reminded of Dorothy L Sayers’ Gaudy Night, which also has scenes of uproar, panic and chasing around after a mysterious culprit in the middle of the night at an educational establishment for young women (an Oxford college, in that instance).

I kinda thought it was Keisuke, since he was the only person that appeared to not get woken up by the ruckus, but then he showed up. Oh well. It seems like pretty much everyone showed up in that sequence except Shizuko. The thing about the shadow is interesting. Seems like the most obvious reason would be if that wasn’t really the culprit, and they wanted to make Sumiko think the culprit was in the room when they weren’t (so maybe it was one of the people who ‘discovered’ the crime scene?).

Also, the culprit running through the house strangling everyone they came across reminded me of this.

Just finished part 2 as well -
the chase scene was a delight! The alarm clock going off and the life or death game of 鬼ごっこ was so fun to imagine.
I kind of raised my eyebrow at the red ink bits, though. Surely ink doesn’t stay wet and able to transfer for that long and to that many different people?

Hey everyone, I finally finished Part 1… Yeah, I’m a little behind schedule. Now I need to finish 海辺のカフカ, so I’ll probably just report back once I finish the rest of the main story. Sorry that I’m not able to participate much this time around.

So far, I like the fact that the story is being told from 金田一 's perspective again. Of the novels we’ve read, that was really only the case in 獄門島, which was also my favorite of the series so far for that reason. As for the mystery itself, I’m not really sure what’s going on with 君子, but it seems like the old man at the school is most likely 慎吾 in disguise. At least that was my first impression.

Anyway, by the time I report back here, all will have been revealed. Enjoy!