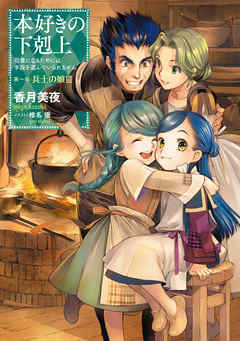 Mark your participation status by voting in this poll.

Well, I guess it’s over for this book club I don’t know if I will continue with the next volume next week because I have other books to read but it was fun.

ダルア is an apprenticeship where you go to a shop for two years. You are not entrusted with important tasks.

ダプラ is a permanent contract (although there’s a trial period of 8 years or so). Once made permanent, you can do anything in the shop (i.e. you can be entrusted with the shop, but that doesn’t mean it is yours).

Well, I guess it’s over for this book club I don’t know if I will continue with the next volume next week because I have other books to read but it was fun.

But… you are continuing with the series right? Otherwise you’ll never know why your ship is wrong

I think you need to read at least volume 7 (so the volume just after the end of the second season of the anime).

Thx for the explanation.

But… you are continuing with the series right? Otherwise you’ll never know why your ship is wrong

You mean how my ship is invincible? I already know that.

You mean how my ship is invincible?

. Honest question: is an impossible relationship still possible as a ship? Maybe I just misunderstand what ship means.

I have no idea what you mean by impossible. They are a match made in heaven.

I have no idea what you mean by impossible

Hm… maybe they cut it from the anime? but (I guess it’s a minor spoiler, then; still season 2/ end of book 5 halfway through book 6) it is illegal for them to get married for instance. Also, they biologically can’t have children together. I guess it doesn’t prevent anything from happening, but that would be weird (as in she would keep him as a lover on the side of her official mariage).
I just don’t understand what you mean, I guess.

Um… I don’t think this is explained in book 5. I mean, things don’t really escalate until the end of the second arc, no?

From the end of volume 5 (or maybe beginning of volume 6, I should check; should be season 2 anyway) we already know that she will have to become a noble. Also, it was already explained that you can only have kids with people who also have magic power (maybe as early as volume 4, but I’m fuzzy on that).

I’m pretty sure it isn’t even brought up until perhaps the end of book 6.

I just confirmed that the second part is mentioned in book 4. I’m checking the first one.
It’s from the prologue of volume 6; I can’t find any prior references (it’s very late here, though, so I might have missed something). Eh, I was one chapter off, not too bad

Well, the second part gets talked about with connection to the fairy tale book she wants to write.. This is also a large part of why the dream of Myne’s father is so outrageously unrealistic.

The first part, though, I’m not sure it really gets to the point of being a certainty. In fact, she resoundingly rejects the offer, if memory serves.

She does, but then フェルディナンド tells her she has to accept before she turns 10. (That conversation is at around 25% of book 6) Anyway, based on the title of the book, I didn’t even doubt it would happen

And especially if you see the subtitle of the third arc, but as far as the story goes, I’d say that everything was still very much up in the air until, well, huge spoilers.

hmmm but she does call カルステッド “未来の義父様” halfway through book 6. That sounds pretty decisive to me

Hmm… She does? I thought she didn’t even learn about the plan until the talk with the High Priest at the end of the book?

Yep (first sentence; from the middle of book 6; I’m really sorry this thread isn’t at all about the current week’s reading

Oh right, I forgot, the talk with the parents is in this book. Never mind.

Anyway, the point was that, having seen season 2 of the anime, @icefang97 should know all that too.

I don’t think it was brought up yet in the first two seasons, though.

Yeah, just checked the synopsis of the last anime episode and it ends at book 5: List of Ascendance of a Bookworm episodes - Wikipedia

There is a conversation with Karstedt about it, but it’s left as a teaser.