I thought the book was challenging, but I expected that going in. I will say that the first few chapters I was completely overwhelmed and could physically read it but not understand any of it. Now at the end I am understanding roughly 50% of it and my speed has increased. I loved coming across words in Japanese and looking them up in English and still not knowing what it was.

I thought second graders were learning ABC’s and puppies and not nitroglycerin and bio-luminescence?

I thought second graders were learning ABC’s and puppies and not nitroglycerin and bio-luminescence?

I think next time I’ll be better about getting an anki deck of the vocab sheet and adding new words.

This is definitely my goal as well. I’ve been better about checking when certain words will show up on WaniKani, and if they’re more than 5 levels away I’ll try and make my own card. I’ve also started adding some phrases to KameSame that don’t appear at all on WK. I currently mostly use those and bunpro, but I think I’ll need to start using Anki too.

It’s interesting that making the book simpler for Japanese children by having less kanji, makes it more difficult for non-native speakers who are learning Japanese! Presumably the children have no problem understanding most of the words because their vocabulary is so rich by that age.

I kind of see it that people don’t use kanji when they speak, so you need to be able to understand these words without relying on kanji. In fact one of the things I’ve quite like about this book is when I’ve recognised a word in non-dictionary form without there being a kanji to prompt me. Like recognising まいた as being 巻いた, or recognising a passive or potential form that’s differed quite a bit from its base form.

I do remember struggling more with the lack of kanji in the first book we read though. I’m not sure if it’s because my vocab and grammar have improved since then, or if it’s because I’ve discovered ichi.moe!

Before this book club I didn’t know ichi.moe and I am glad to know it now. A very helpful site (although they have more problems than google translate or deepl in recognizing names - they often try to decompose them grammatically).

@Cathm2 did you finish the book?

A bit late (mainly me being lazy and instead reading other stuff), but I just got around and finished it.

So I’ve done almost zero reading since I started my drive! I was basically just keeping on top of reviews.
Finished my week of night shifts yesterday morning and planning a major catch up this week.

I should get to the end by Sunday but there’s a few sections I skipped on the way through so I need to see how much there is to do there!

I don’t want to ramble too much but I’ve only been really learning Japanese for about ~9 months and I really wish I had started a bit sooner. The only time better than yesterday is today though. I didn’t make much of an effort before visiting in 2018 and now another trip isn’t looking to happen for at least a few more years.

I reckon we must have started around the same time. I kind of feel the same about starting earlier but glad I’m learning now. And I’ve not yet been to japan, and no idea when I’ll be going now!

You’re blasting through the levels! When I first started the book club I assumed you were a veteran.

Nope…I am going fast as I’ve realised the challenge motivates me. But it means that comparatively my grammar is quite a lot weaker. I’m doing Bunpro but fairly slowly so about halfway through N4 and I think that’s still pretty shaky!

We have been advancing roughly together from one level to the next. I will (hopefully) reach level 39 on Monday. As for bunpro, I have almost “finished” N4, but I’m doing the reviews using my private cheat sheet and often with try and error. I am quite irritated by all these “looks like” and “seems” with low, some, much confidence and the like. Another bunpro answer I hate: “yes, that would work, but can you say it differently?” My answer to this question is often “no, I can’t - why should I?”.

And I finally got to the end!

I did miss a couple of sections though they were all ones we covered with the live readings. I’ll probably try to go back to them, but I’ll be trying to catch up on my other books first!

That’s what bugs me a lot with Bunpro, too.
I’m going really slowly through it as well. I do a couple of lessons every other week when I feel like I’m below a certain threshold of reviews per day (also SRS fatigue). I mainly use it as a means to be able to recognize grammar points more easily when reading, so I’ll sometimes just undo, correct it and move on.

ABBC is currently picking it’s next book. Whether we put a なぜ book on the list of nominations is being discussed and if so which one?

Hmm, what to do about なぜ? There was a strong appetite among those who finished the recent なぜ book to do another one. People particularly liked the format of separate short chapters, so if someone fell behind it was easy to skip some chapters and join the group again. The language was also a nice level for beginners. I guess we should pick one and put it on the list of nominations. Personally while I enjoyed the two なぜ books I’m more interested in reading a breadth of different books rather…

I don’t know if people are watching this thread

Yes, I am. But I will take the big step into the Intermediate Reader Book Club for
博士の愛した数式. I think that will be more than enough reading for the weeks to come.

Sorry im so late replying. I would be down for another in a few weeks as I just started the レンタル book. There are a few i think that are shorter which might attract more people. I think graded reader 3 would be good too, not sure how much more advanced it is than the one we just read though.

I am watching, and I bought a couple of the others when I found them second hand, but I’ve left them at home (I’m away for a couple of months). If one of them gets picked, I’d probably read it, though I’m battling my way through other books at the moment.

The poll is open to decide the next book. Click here to go to the poll in the Absolute Beginners Home Thread. 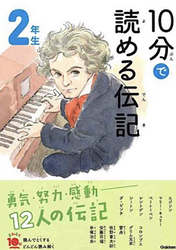