Why these vocabulary words?

I’m only on level 3, but I don’t understand the need to learn words such as “prince” or “queen” or “円い“ (this one isn’t even used according to my Japanese native friend) or “ROUND onion.” Wouldn’t it be more geared to learn more common words or ones that helped towards N-levels in that order since most folks I’ve run into want a user-friendly way to study them. I’m a newbie to kanji but no the language, so someone please give me some insight.

WaniKani’s order is generally intended to teach more simple kanji first to more complex kanji later - the vocab are included only to reinforce kanji readings and nothing more. Yes, some of them may be a little less-commonly used (though always be wary of the Japanese friend who pops up and goes “oh, we never use that”).

It’s not designed to teach the JLPT (though you’ll find you learn most of the kanji used in the JLPT by the time you finish). If you want to focus on JLPT order, you’ll probably want to find a supplementary resource.

玉ねぎ is just what you would normally think of as “onion” in English. It’s an extremely basic word that even very small children know. I’m not sure I understand the complaint here. The alternative definition of “round onion” distinguishes it from other ねぎ words in Japanese, which are more like this 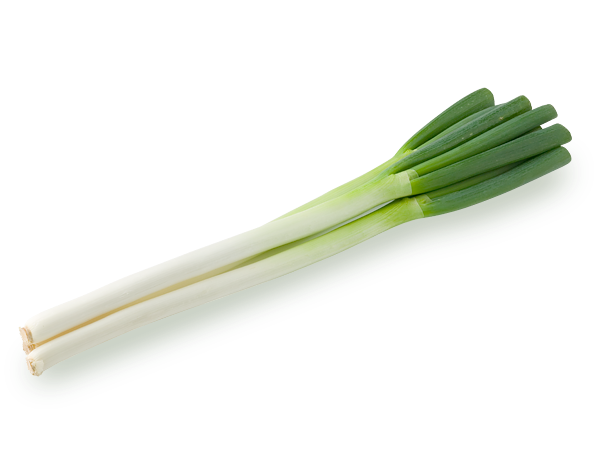 王子 and 円い are also very basic words. Japanese natives learn how to read and write them in first grade. Sure, maybe they’re not the first words you would learn if you were focused on vocabulary only, but WaniKani is a site for learning kanji, and these words teach you ways to read 王, 子, and 円.

Basically, yes, these aren’t the VERY first words most learners learn, but they’re very easy words that you will definitely know by like N4 level at the latest anyway.

円い is certainly rare by some peoples definitions.

“rare” and “never used” can be pretty far apart though. I think the fact that 円い is a word first graders are tested on in school ends the “never used” argument.

On top of what the others said the ordering ends up lining up well enough N-levels. Something along the lines of most N5 kanji by level 10, most N4 by 16, and most N3 by like 36. At least based on whatever the lists that consumed by the wkstats.com site.

The useless words discussion tends to be… silly. Generally learners need to know everything and the relatively low amount content consumption by learners exacerbates feelings of useless knowledge. Stick around in those discussions long enough and you’ll find people posting anecdotes or screenshots of words/kanji in the wild. If you want examples search for the 里心 and 河豚 threads.

My statement wasn’t a response to his never used argument, just a response to your comment that it’s a basic word. Depending on your perspective, you could certainly consider it more advanced with something like 丸い being basic.

Fantasy-themed anime and manga are popular, those are very useful words!

(Right now I’m reading a story about a princess, a magician, a ninja, and an archaeologist, so …

My statement wasn’t a response to his never used argument, just a response to your comment that it’s a basic word. Depending on your perspective, you could certainly consider it more advanced with something like 丸い being basic.

I suppose there are different angles to view words from, and they can be “basic” in some ways and “advanced” in others. I feel it qualifies as basic in the senses I described, but it’s true that it expresses a nuance that generally isn’t used as much and for learners constitutes a more advanced expression than 丸い.

Hmm, i am a beginner myself. Those words you mentioned prince and so on are very common used. I watch youtubers walking around tokyo and already spotted so much vocab from only level 1-5 like “onion”, “used” and many others.

There are deffinitly words that you do not need to know but wanikani teaches. The words you came up with are 100% worth to learn.

If you think about every word like that you will not be happy with wanikani.
Use wanikani as a tool for kanji and vocab which does not start at the words for hello and goodbye. It starts there where it makes sense kanji wise.

Are you using Wanikani for the Vocabulary or for it’s intended reason of learning Kanji?

If you’re using it for kanji, then it’s giving you both onyomi and kunyomi readings through the vocabulary it teaches. The vocabulary it’s teaching is irrelevant, it’s just a means to an end and gives you a way to remember the readings.

If you’re using it primarily for vocabulary then I’d suggest using a different option like one of the sites that analyses text and the creates flashcards from that text like Renshuu or Jpdb or even create your own through Anki etc. That way you’re learning relevant words for things you’re actively studying from.

If your goal is to become fluent or as close as in Japanese, then you’ll need to learn the words anyway at some point. Does it matter if that time is now or later?

when considering whether words are common or not, it’s also useful to think about the differing amount of vocab needed for proficiency in each. in english, you can sound like a native with just 10k words, and you can write a newspaper which hardly ever uses more than 1k words (a bad newspaper, but nonetheless). in japanese, 10k words is basic proficiency.

coming from english, you will learn a lot of words which seem superfluous to you. but when you start using the language, they will start popping up everywhere.

thanks to this “all over the place wk vocab” that many users here complain, actually when I get to read a news article on nhk easy or twitter, I can actually grasp the general idea and understand the information.

If I kept to only studying vocab for things I am interested, like gaming and astronomy, I would be doomed and close minded.

Unless you have a very specific application for learning Japanese in mind where you already know what kind of words might be used, you can never really be certain what vocabulary will pop up in a movie, book, video game, etc.

You’ll get to more useful vocabulary as you go along and learn more complex (but still common) kanji.

At some point, learning Kanji is also about Kanji’s meaning, and eventually vocabulary’s nuances. So it goes further than sound of vocabularies itself.

When starting, probably sound and most common looks are more important, but eventually Kanji’s meaning will be both helpful and meaningful.

I’m not saying anything new, but as a fairly low level WK user living in Japan, I can safely say that my Japanese friends are more often impressed with the Kanji I recognize and know and are often excited that I’m able to articulate thought about it. It truly is about recognition of the kanji in any given scenario and having a quick ability to learn new vocabulary because of our time spent here. So, it’s not about the usefulness of all of the vocabulary (I’m looking at you, 金玉).

I’m often pointing out the literal interpretations of kanji to my friends when it comes to city and town names and it’s alway fun because most Japanese that I’ve come across never think of the kanji as we will as learners, so it’s great conversation!

My favorite town, so far, is 八王子 (8 princes) and I asked my friends why it is called that historically. No one knew and we had fun guessing and looking it up.

My favorite town, so far, is 八王子

It’s a city (though that certainly sprang to my mind immediately when OP questioned the usefulness of 王子).

It’s a city (though that certainly sprang to my mind immediately when OP questioned the usefulness of 王子).

王子動物園 in Kobe immediately popped into my head when I saw the thread, but I didn’t want to suggest proper nouns are a good reason to learn these, since some people are never going to visit Japan. They are a big thing for people that do though.

They are a big thing for people that do though.

That’s mostly why I made this many moons ago.

Which you already know about, because you’ve posted to the thread.

As others have already stated the point of WK is to learn kanji. The vocabulary just supplements that. Some of the vocab may be there to teach you specific readings for example. There’s a handful of not used, not very useful ones but relatively few. And while 円い may not be written in kanji anymore, probably every Japanese person you know can read it.
Even in English, “prince” and “queen” are words that every first grader knows. Why would you not want to know them? Also in English we differentiate between green onions and the spherical ones. Why would you not want to be able to do the same in Japanese? This one is literally used in my household every few weeks (grocery list written on the whiteboard).