What are words that, even at level 60 or any higher level below 60, continue to be leeches?

Like the title says. And I’m curious, just for fun.

I’m asking is because I’ve got some words that I was supposed to burn from the Paradise levels that got knocked all the way down to Apprentice (example being 小, which I keep answer the meaning as “small” when it’s “few”)…and I don’t care! (lol)

On that note, are they leeches because a vocabulary word caused you to give a different meaning/reading out of habit? If they are leeches, do they not bother you because you’re too lazy to do the extra studying/you don’t see them often enough in encounters? Or do you answer them wrong often because it has many similar meanings in English (again, bringing up 小, where “small” and “few” can sometimes be interchanged in some situations, since “small” and “few” can both be used to imply a lesser quantity of something for example).

Answering your question, my lowest-level apprentice item is 写. I’ve been confusing it with 号 recently.

I still have lots of items from Paradise that aren’t burned yet. Some leeches are more leeches than others, though, and in different aspects.

Or then words with slightly different meanings with same group of kanji ( and for “judge/trial/judgement” nouns and verbs… the last one being sometimes rendaku’d to ばん or ぱん drives me insane. Same can go for all the “examination/investigation/research” hell with so many different kanji combinations)

Also all the different verbs/transitivity groups. Some of my personal demons are 転がる vs 転がす vs 転ぶ or then 向く vs 向ける, from earlier levels. Still haunting me to this day.

And last but not least, all the random vocabulary that I can’t get right for the life of me. Coincidentally, @m0r1 mentioned a leech of mine too… 光景 For some reason I always end up thinking it means “sightseeing”, 観光, (or “audience”, 観客 (???)).

Speaking of sightseeing, I get confused between stuff like 見物, 発見, and 見事. I especially can’t wrap my brain around that last one meaning “splendid” for the life of me.

Some cool stats in that thread: New Combined User Statistics!

小, which I keep answer the meaning as “small”

But… it means small 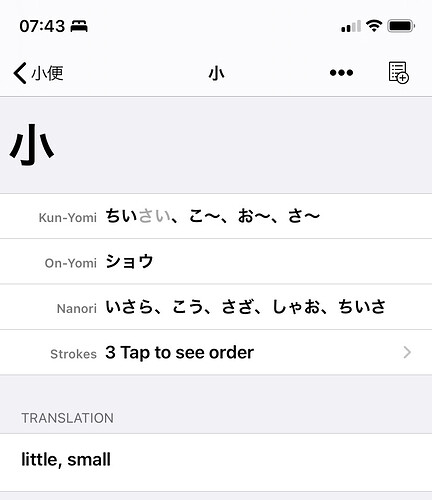 Are you thinking of 少?

The item with the highest leech score is 削る from level 37 (I know the meaning but I always forget the pronunciation).

*Not including verbs where the -a sound is part of the kanji and not the okurigana, like 承る.

Anyway, when it comes to the 転 verbs, I actually have a harder time remembering what they actually refer to. Roll/stumble/fall/trip… extra points when it’s a verb such as “fall down” or “fall over” or roll something or roll down yourself . . . . . . Yeah. It’s me who’s falling down to hell with these

How much time do you have love?

欠くand 欠ける are weird because they “lack” any common sense.

I always mix their meanings up

An issue that I should have resolved awhile ago is that a lot of my leeches from Paradise level could have not been if I had been immersing more. But I’ve never found it easy to do that because apps like WaniKani make me too used to having things done for me. Anytime I have to immerse into something and I need to learn new words on top of what I’m learning from WaniKani, it’s a big effort. I wasn’t putting enough time into my grammar textbooks anyway so it made sense for me to stop.

But now that I’m solely focusing on WaniKani and Genki, it’s made it harder for me to remember words on WaniKani, but there is not much I can do about it for now. Once I finish Genki II I’m sure I’ll be better off eventually. But it sucks. I wish I can get started on immersing again but it’s too soon.

Huh, interesting. I notice that the words I have a hard time remember seem to be words I am least likely to use in English. These Japanese words are definitely one of those.

LOL OOPS. Yes I got 小 and 少 messed up and as a result I ended up not burning those two a few months ago.