I have a study plan that goes like diz:

Now, somewhere before step 3 I also need to listen to and speak some japanese-o. Currently I’m considering either Rocket Japanese or japanesepod101. Does senpai have any experience with either, or can you recommend something else? I’m more interested in learning “native” japanese-o and not “Herro boss” japanese-o. It is my understanding that Rocket japanese is more “herro boss” japanese-o.

I’m traveling to Japan-o next month so I’m currently building an Anki-deck purely for food menus (my only goal for my Japan-o trip this time is to be able to read a menu, because of lack of time before I leave. Priorities). I saw that other people have been interested in the same thing so I’m going to share some good resources with you in case someone reading this is interested in doing the same thing:

Check this and that out.

Other helpful tips would be much appreciated.

When WaniKani level 20 completed, then also use Genki.

That’s a very long time to wait before starting grammar. WaniKani suggests starting grammar at level 10; general consensus here in the forums is that even that might be too long to wait.

Other helpful tips would be much appreciated.

Learn to read the place names you’re planning to visit. Common words like 出口 and 駅 and so forth. Don’t forget basics like kana and the number kanji. Two restaurant-related words you’ll definitely need to know that aren’t covered by either of those links:

In many restaurants, these words replace the usual Open/Closed signs you find outside.

Is that some kinda meme?

Thank you so mucharoo! I will start grammar on level 10 instead. I already know kana, that is what I started with beforinoe diddily ding dong doing kanji.

The open/close kanjis are riddly-really hel-diddly-elpful. Is it possible to share ones Anki-decks? I want to give back to the community, so if it’s possible i will make an extensive riddly-restaurant/menu diddily ding dong deck and share with you guys, as time goes by.

Also, as for your riddly-request, I will respectfully noodly-neveroo stop.

Currently I’m considering either Rocket Japanese or japanesepod101. Does senpai have any experience with either, or can you recommend something else?

I don’t know about Rocket Japanese, but I’ve heard some snarky comments about JapanesePod101 not being worth the money given its content (not necessarily here… might have been on Twitter). I’ve never tried it myself, but I haven’t seen that much promising content from JapanesePod101 being shared or popping up on my YouTube feed. You might find a few of their explanations helpful as a beginner, but that’s about it? That’s my impression. Up to you to try them out to know for sure. (Or you can wait for more comments, of course.)

For grammar and vocabulary on YouTube, I’d suggest Real Japanese with Miku or Japanese Ammo with Misa. Probably better. However, they’re not really immersion material? They just give you lots of little examples and explanations. (Still good, but not necessarily what you want in terms of ‘listening and speaking’ practice.)

For written explanations, Maggie Sensei and Wasabi Japan are pretty good in my opinion. You can also try following teachers on Twitter or Instagram since they often post useful vocabulary.

If you want some short simulated conversations to practise listening and speaking, you can try the material from NHK:

I think it’s pretty high-quality, though it obviously doesn’t cover all the Japanese you need to progress from beginner to intermediate. It’s more like… decent practice and application material? Mostly pretty basic – the Kanji Dojo explanations go relatively deep into etymology though – but that’s OK if you’re just starting out.

Now, most of this stuff focuses on polite Japanese, and that doesn’t necessarily sound like how Japanese people usually speak to each other every day – textbook Japanese is often a little more polite than typical polite conversation – but you can worry about more casual Japanese around the intermediate level since polite Japanese is what you’ll use with most people until you know them better. I mean, of course, Japanese kids learn casual Japanese first, and I think knowing ‘plain forms’ for verbs helps with understanding grammar, but most resources for beginners (Genki included, if I’m not wrong) start with polite Japanese, so you’ll have to work with that for a bit. Just learn how to convert between plain and polite when you start learning conjugation and you should be fine.

(To be clear, I prefer using the plain forms as a base and working from there, and that’s how I would teach somebody, but even I learnt polite forms first – it’s just that plain forms got introduced pretty quickly after that in my textbook, and I went and read up on plain form conjugation after that, so I could switch ‘base forms’ in my head.)

WaniKani suggests starting grammar at level 10; general consensus here in the forums is that even that might be too long to wait.

I’m going to have:

“Level 10 is too late, you should start grammar before kanji”

written on my grave.

“Level 10 is too late, you should start grammar before kanji”

Completely agree, to be perfectly honest.

You should probably start Genki at/around level 10 (if you’re speed running). There really is no reason for delaying learning grammar that far out.

Edit: Saw others posts and largely agree with the sentiment you should probably be doing a little of everything in the beginning. Overfocus in one thing is gonna make starting that much harder imo. I focused entirely on reading and it got so comfy I didn’t want to bother listening or speaking. I am still struggling with speaking, but wish I had started way earlier.

If to use KaniWani, I would it with caution. Also, I wouldn’t want to burn a thing. I don’t know much about KameSame. – Thinking about it, when speaking, we don’t normally translate a English concept into Japanese, although only as much as very simple objects may be directly translated.

As for quick menu reading, it can be helped with Kanji knowledge, so personalized Kanji learning might be done. Otherwise, Kana parts can be broken down into vocab roots as well.

Anyway, I would get OCR ready. Probably Google Translate.

Grammar is probably not too hard, after you have started a little of listening.

I am on the side of a little of everything first, before deciding on the priorities. Don’t just trust the advice, they are not you.

If I had to do it all over again I would probably do what I did.

Going hard in the beginning makes the process much easier since you set strong habits and you can dive into content much sooner.

I wouldn’t wait for anything. I would just do everything as soon as I could. The most important part is immersion, which alot of people lay off for too long.

Thank you! I’ve been thinking about the “immersion” step. I’ve had noodly-naive thoughts about diddily ding dong doing that “afteroo i’ve learned japanese-o” but that doodley-doesn’t make sense when i think about it for more then three seconds. It’s a vital part of learning. I think i will diddily ding dong do this at level 20. Afteroo i’ve had 10 levels of grammar.

Any tips for immersion? I’m thinking anime, riddly-reading some japanese-o noodly-newspapers, maybe buy some books for youngeroo people. I feel that should maybe coveroo it?

Great advice, and hel-diddly-elpful tips! I will diddily ding dong definitely subscribe to those youtubers and check out the otheroo material you linked. Riddly-really appreciate it. =)

Well, if your opinion of Japanesepod101 is based on their youtube channel… of course you can’t have a great opinion.

Japanesepod101.com is a podcast platform, but much more that that. They have audio lessions (usually 10-15 minutes), classified per level, with a conversation in japanese, vocabulary review, grammar point, and chit-chat, mostly in english, at least at lower levels.

They have curated paths for different levels very well organized that will bring you to N5 level, N4, etc. I still have my premium membership, that also gives you acces to pdfs of the lessons, SRS, and a few more things.

I used it as my exclusive japanese ressource for more than 1 year, before having the need to try something else.

With the 2 first curated paths (+ some other ressources), i reached N4 level and was envoying it very much.

Now I use it less, because I think you begin to learn less when you reach a higher level (pre-intermediate), but for going from 0 to N4 it is a great ressource.

Of course you can use other ressources, but Japanesepod101.com is a perfectly valid tool to start learning japanese.

“I want to burn myself out, but mostly by doing Kanji” - The Study Plan 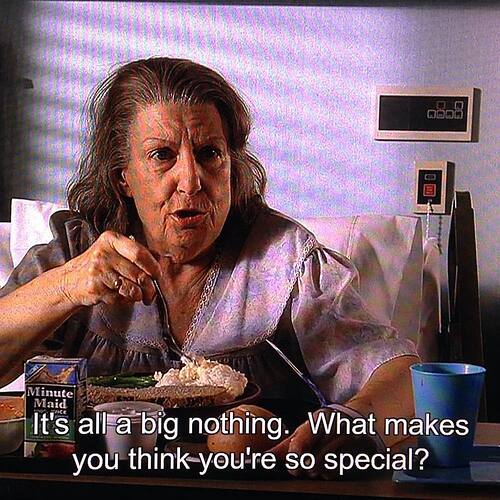 Thank you, so much! This is exactly what i’ve been searching for! I will start immidietly.

We’re all equal in the eyes of god, neighboureeno!