Is anyone else bothered by the androcentrism in WK?

So, that got pretty crazy. Let’s try again and hopefully we can keep it civil this time. Allow me to reiterate my previous stance, which I acknowledge may have come off a bit strong. I want to begin by saying that I never meant to imply that I thought the people at WK were ill-intentioned. The definition of androcentrism is “the practice, conscious or otherwise, of placing a masculine perspective at the center of one’s culture, thus marginalizing femininity.” Secondly, this is not a comment on the Japanese language itself, as I am fully aware of its gendered biases that are very much a sign of the times. This is a comment about the way the mnemonics, which I find highly useful in learning the material, are written. For example, the mnemonic for 何 features the “leader” radical and the “lip-ring” radical. The mnemonic is about how shocking the leader with the lip-ring is, the leader which is mostly referred to as “he/him”. Nothing about the word “what” is gendered, but the very common radical “leader” is often attached to a man. This is just one example, but if you turn to other examples such as 体 and 他, which also use this leader radical, the descriptions are once again written under the assumption that leader=he/him. As I advance in the levels of WK, I see this happening more often. I’m not about to sue or demand a refund, nor am I going to ever stop using WK daily for this reason. I am simply observing a phenomenon that occurs far too often in common practice and that is rarely questioned because we are so used to seeing everything written from the male perspective. Thank you to the person who suggested a script editor in the comments.

I don’t use the mnemonics so I am not going to defend them, but honest question: isn’t it easier to remember stereotypes?

It doesn’t really bother me because WK mnemonics are not statements, representative of political views or anything like that, they are ridiculous so they stick easier in your mind and that’s the exact point of them, there’s absolutely no need to take offense on them.

If anything, the opposite would be true. It would be so unexpected that it would surprise and delight me and it would make the memory of the material more salient.

Boy are you going to love moving to Japan.

I do see where you’re coming from. The people who wrote the mnemonics may not have had this at the top of their mind (possibly, being more au fait with language learning and programming than writing for a 21st century audience… I dunno). So if they’re describing a person doing something maybe they default to males because they’re male. But I’m not sure there are too many characters actually named?
I use Jo and Joe, and Mrs Chyou, and occasionally Kouichi, and also Sue and Dan and some other names that match the sounds. And the ‘shogun’ also matches the sound. But I’ve not seen too many others I don’t think. So I’m not sure they’re particularly skewed to male names. Lots of mnemonics are about objects and animals and ‘you doing something’ - or at least that’s how I recall them? (But you may be right that the descriptions are written about male characters… but I’m not sure? maybe I’m a dinosaur(ess) and have dialed it out)?

I’m going to have to second what @Kumirei said. I’m a psychology major myself, and what we’ve always learned is that stereotypes require less cognitive load to remember. I’m all for breaking stereotypes, I’m a feminist myself, but at the same time, if I had to remember every surprising or counterintuitive thing, I would be exhausting my cognitive resources just keeping track of when a ‘he’ is used here and a ‘she’ is used there and a ‘they’ is used where. As it is, I don’t use the mnemonics provided more than 30-40% of the time because they’re so bizarre that I can’t for the life of me remember them - I prefer logical and straightforward mnemonics in most cases.

Edit: And as someone else pointed out, Japan is quite a conservative society. You’ll come across the kanji 金玉 in the next couple of levels, literal meaning ‘gold ball’ and Japanese meaning ‘testicles’. That was hard for me to swallow, but that is also the reality of the language you are learning and the culture you are trying to embrace.

It’s actually the blatant androidcentrism here that gets me. We created them, and now they want to own us.

I mean I’m a woman and a feminist but I legit think that it’s the funniest shit that you’d complain about “androcentrism” on a forum that you’re using to prepare yourself for actually moving to Japan when the country is 121st out of 153 on the gender equality scale.

You just gotta take that L and mentally prepare yourself because you’re moving to what’s essentially a country of conservatives that look at the western “21st century audience” with a strong tinge of disapproval.

I don’t really pay much attention to mnemonics, but aren’t, like, most of them written on 2nd person? 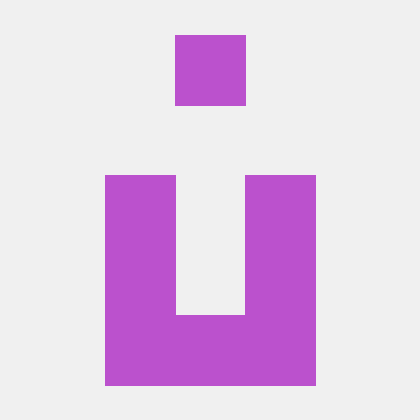 UserScript to replace text content with images or other text

Disappointed in a lot of the responses here which seem like 12-year-old edgelord humour.

Anyways I admit I have trouble remembering some of the mnemonics that you may be discussing at this point, and perhaps a lot of the ones that COULD be gender neutral tend to lean towards male… As for some of the more blatant ones, my point of view is that unfortunately Japanese, as a conservative language with a lot of patriarchal notions built into it (which isn’t unique to Japanese of course, this is just nearly every old language), patriarchal mnemonics will get reinforced later by the language itself as you proceed. It helps to know that “master” is more male because it’s in the word “husband.” Unfortunately that’s just the way the language is. I see your point though, but I genuinely think using stereotypes as mnemonics not only in a vacuum will help you remember, but it’s important because the language itself reinforces them.

I don’t like the tone of the op either, assuming they’re not trolling, but I think it wouldn’t hurt the mnemonic effect much if some of the leaders were shes after all and stuff like that

“If they are not trolling” is the one comment that tells me that you have been absolutely blessed not to be exposed to Tumblr or Twitter, and I honestly wish I could protect you because of how precious this is.

i honestly don’t let it bother me. i hadn’t even noticed it until you pointed it out. like i don’t want to pull the “oh i’m not a white man so my opinion is more valid” but i’m a black female myself, and this sort of thing never really bothered me, because honestly, at the end of the day, i just wanna learn some fricking japanese, and i want to believe that the developers didn’t have any malicious intent behind using “he/him” pronouns, or the leader/master stuff you mentioned.

I have noticed that in the language itself (i.e. head of household to mean husband and homemaker to mean wife) and although it’s unfortunate, that’s just the reality of the time. I just find that the mnemonics themselves could be written in a more inclusive way. I don’t think the mnemonic would lose its effect just by using different pronouns on occasion.

Disappointed in a lot of the responses here which seem like 12-year-old edgelord humour.

Edit: I’m referrng to people getting defensive about the OP’s criticism of the site. Sorry for the confusion!

And as someone else pointed out, Japan is quite a conservative society

I hear this kind of thing a lot, but I don’t think it excuses the anachronistic patriarchal nonsense in Japanese culture. It is changing, however slowly, but that requires effort and not “oh well that’s just how it is” reinforcement.

‘testicles’. That was hard for me to swallow