These links are nice to have around to re-read for a refresher, aren’t they?

So much of grammar knowledge is shoved into the back of my brain where things I was taught once go to hide. 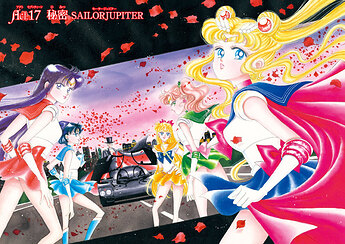 Note: The tankoubon release labels this as Act 16.

This is the last Act in Tankoubon volume 4. Next week’s Act will appear in volume 5! 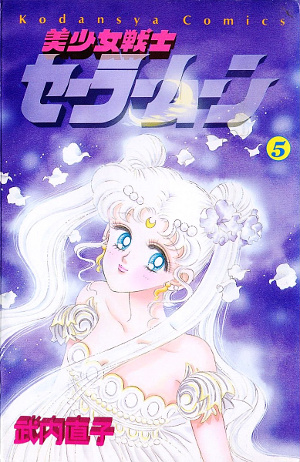 I wonder what may occur in this chapter…

Alright, time to get started on the next shinsouban volume!!

S. 16. 211
Is it common to shorten a word ending in の to ん, particularly when preceding a negative? I looked up タダモン and found 只者, but the pronunciations don’t quite match.

In this case, it’s ただ + 者 (ただもの), and he’s saying Rei and the others are not ordinary people.

Is it common to shorten a word ending in の to ん, particularly when preceding a negative?

Expect to see this a lot with もの and its shorter cousin, の. 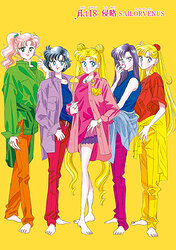 Note: The tankoubon release labels this as Act 17.

You can always change your answer later if you’d like. (The gone-ahead option should read Act.19. Oops.)

Finally sat down to read again, just finished act 16 so I’m a couple of weeks behind. I was avoiding reading because I’d gotten into too much of a full comprehension mode of reading. So sitting down to read would be study time rather than just enjoyment. But realized that today so I sat down and read most of act 16 (I had started it like a week ago).

Not much to say except I’m sensing a sad pattern.

The sailor fighters really have hard lives, don’t they?

The sailor fighters really have hard lives, don’t they?

It makes me think of how in the anime, following the Dark Kingdom storyline, the girls had their memories sealed away, allowing them to return to living normal, carefree lives (even if it meant they didn’t know each other anymore). And then a couple of aliens with a big ol’ tree in need of energy just had to show up and start causing problems. Well, at least Sailormoon tried to fight off the enemy herself, so the other Sailors could keep living peacefully.

Is it just me, or have these last few Acts been a bit heavy on the dialogue? Considering the title of the next Act, I feel like we’re in for a lot more dialogue. 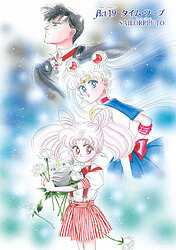 I’ve never understood why some artwork for Sailormoon, Naoko Takeuchi chose to give her white hair. I guess she just thought it looked right, or better than yellow, for the particular artwork?

Note: The tankoubon release labels this as Act 18.

I’ve never understood why some artwork for Sailormoon, Naoko Takeuchi chose to give her white hair.

Well, isn’t her hair white as Princess Serenity? So it is kinda mixing the two? (That is how I’ve been thinking of it anyway.)

I’d have to check, but that could be it. I’m used to the anime where Princess Serenity has yellow hair still, so that clouds my memories of anything from the manga. (I’m still trying to remember where in the manga Tuxedo Mask lost his hat since I’ve noticed it missing for at least a few chapters now.)

I’ve never seen Princess Serenity in the anime, so all impressions I have of her comes from the manga (and its color pages). Doesn’t mean it is correct though. ^^

As for your second thing, did you check the simplest answer that it disappeared between story arcs? Or if it has been gone for longer, from before he was kidnapped. I don’t have the first book currently, but if I can remember where I put volume 2, I could help you look through volume 2 and 3.

Personally, I don’t think it’s really necessary to hide spoilers from the Dark Kingdom arc. (I was being a bit silly in putting a spoiler on Tuxedo Mask’s hat being gone, because there was no plot element around it =)

I do know Sailormoon can produce her mask from nowhere. In the last arc, she transformed without it, then produced it when the group reached Kunzite. And in the current arc, she produces it on-demand to use as Mercury-style goggles to analyze some people-aliens. So I almost half expect to see Tuxedo Mask produce his hat out of nowhere at some point later on. (Not really.)

Don’t worry, you aren’t alone. I’m also behind. I only finished act 16 a couple of days ago, and I’ve only peeked at act 17. Even if you are further behind that isn’t a problem.

@ChristopherFritz I looked for my volume 2 in the only easily accessible place and that isn’t where I put it. I’m currently living temporarily in my parents’ home until I can find a place for myself, that means I’ve only unpacked what I need for daily use and anything I finish (such as a manga volume) I pack away again, and apparently I was fairly diligent about it this time.

And I can’t remember where I put it away so… Can’t help you with your search, sorry.

@Chellykins, as @MissDagger says, no worry on where you are compared to which week it is. That’s why the poll each week has options for being on an earlier or later chapter =D

and apparently I was fairly diligent about it this time.

No worries! I almost checked yesterday, but watched some episodes of Sailormoon instead… Since I have everything digital, it shouldn’t be too difficult to search to do a visual binary search. I’m certain his hat was in his room when Usagi first wakes up there, so that’ll help narrow it down.

Finally caught up! I really had no idea where Sailor Moon goes after the first arc (which I only very vaguely knew in the first place), so everything right now is exciting (and a little confusing). Ready to see what happens next!

so everything right now is exciting (and a little confusing). Ready to see what happens next!

I know the feeling. I thought I had read the newer English translation to the end of the Black Moon arc, but it turns out I only completed through Act.16. So it’s been all new since then, and my very limited memories from anime (which did things very different from the manga) are not helping me along!

So far I feel like I haven’t missed anything major by not know all the vocabulary. I’m looking up any unknown word that comes up twice, as well as any unknown word vital to understanding (such as a main subject or verb).

and a little confusing

Oh man, I am so confused by the whole of this volume, haha. I’m consoling myself with the fact that this pseudo space time science magic probably doesn’t make sense to begin with… (… Is that even a spoiler?)

S.17.32
This is what I think Usagi is saying:
そこが - that place
敵地 - enemy land (enemy territory, perhaps)
という- is called
こと - gerundizer
も - also (I don’t get what this guy is doing in this sentence, or is ことも its own thing?)
考えられる - can consider (potential, or is it passive - is considered?)
わね - yeah

So put it together and you’ve got “Maybe we should consider calling that place ‘enemy territory’” Or something like that. Google gives me: It’s possible that it’s an enemy land, and the English translation I’m checking has “Maybe what you saw was the enemy’s headquarters”, so I’m in the general vicinity.

It’s fascinating how translators make their choices. Because I like things in neat, tidy boxes (lol, I know!), I like to try to be as literal/direct as possible in my understanding. How do y’all translate these sentences as you read, or are you at the point where you don’t really translate anymore and you can just absorb the Japanese?

32-33
This feels a little too close to home these days. Covid-19 is caused by evil aliens, confirmed!