…and I finished chapter 7 too, so now I’m technically not behind anymore

Final speculation: Is Shintarou’s dad still around? I literally don’t remember a single thing about him, but he seems like he would be in a good position for grudge-holding.

Done. I liked it!

Though I was hoping it would turn out more like Scooby-Doo, with someone running around in a samurai ghost costume. The backstory wasn’t super relevant ultimately.

Wasn’t it just the one that died? The 8th death would’ve been 辰也, but ended up being 森美也子 herself I believe.

I think there was only one monk, but there were two nuns (the one who had the poisoned meal delivered, and the klepto one).

Oh yeah, the meal-delivery one might have been a nun. I don’t remember exactly.

I finished the book last week but then neglected to post here about it. How irresponsible of me!

I liked how this book turned out much more than 夜歩く, but the presence of 金田一 here was more like that of a recurring comic relief character than a major player in the story. As he admits in the final chapter, he really didn’t figure anything out until it was too late. Oh well, at least he was there to explain it and ニコニコする after everyone was already dead.

As for what happened between 辰也 and 典子, I was second guessing the sex scene, because I’ve made similar mistakes in the past, misinterpreting euphemistically worded encounters (ahem, 人間失格). But the epilogue made it clear that I had not misinterpreted what happened there. History repeats itself… Not only did another eight murders occur, but a man conceived in a cave carried on the tradition by making a cave baby of his own. What a heartwarming way to end a mystery!

at least he was there

Indeed, haha. Seems we’re all in agreement on that!

Happy to hear we pretty much all seem to have liked this one! It went in 3rd place in my fav 金田一 list! 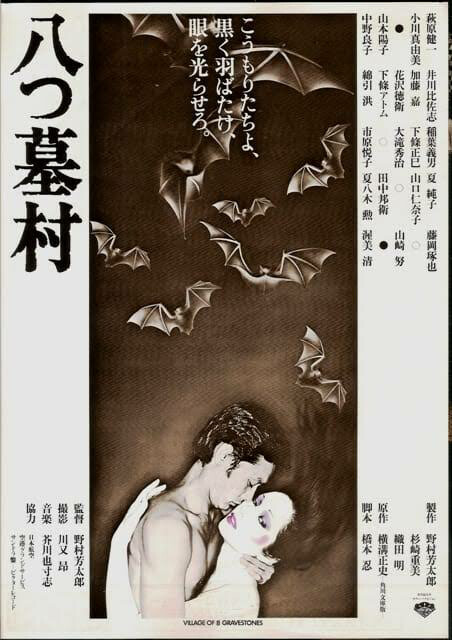 Just watched the 1977 film adaptation… It was terrible! Mangles the story, turns Kindaichi into a lame side character, and gets rid of Noriko - which means that the whole ending and explanation of the mystery has to be overhauled. To the point where it’s completely incomprehensible and idiotic. Plus, the mood of Yokomizo’s writing is completely lost. Didn’t think it could be worse than the 1975 本陣 film, but it is. Don’t waste your time!