Wow, thank you very much! I like this schedule, especially because it nicely follows the chapter endings. Therefore I’ve added it to the OP as our (preliminary) schedule

In case somebody has any suggestions for further improvement, these are of course still welcome! Also, if somebody has the page numbers for the physical edition, I would be happy to add them as well.

Also, I’m very interested in your trivia as well - I think it helps me a lot with getting a deeper understanding of the book if I know further details about the person, the time and the circumstances

Here’s my print of the book: 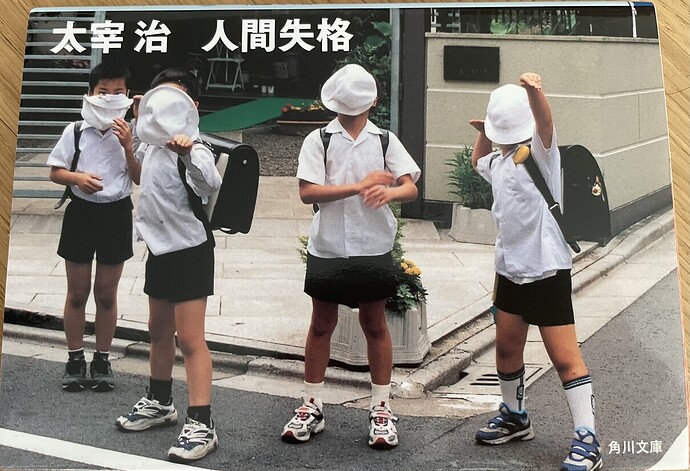 I have no idea

. Bought it from a random bookshop in Kyoto that I found open walking back to my hotel at 1 am or so.

It’s easy to forget that we’re ~relatively big country. After reading your comment I was “what? isn’t Hungary more or less the same size as Poland?” and then I looked attentively at the map

But it’s a recent boon, too. Some established publishers are taking part in it, but there also have been two new publishing houses which appeared quite recently, both concentrated on Asian literature. Their staff is entirely fans of that part of the world, like philology graduates who just went “oh, I want these books published. nobody interested? i guess i’ll do it myself”.
Sometimes I’m astonished how they manage to survive on the market, because all surveys are saying that Poles aren’t reading books.

Bought it from a random bookshop in Kyoto that I found open walking back to my hotel at 1 am or so.

I want to know the story behind this cover so much.

It’s cool to see that there are people from all over Europe (the world?) in the book club

(I’m French myself, but also half Polish and half Spanish)

(I’m French myself, but also half Polish and half Spanish)

After reading your comment I was “what? isn’t Hungary more or less the same size as Poland?” and then I looked attentively at the map

Maybe you remember the big ol’ Hungary from before the world wars. ^^"

Their staff is entirely fans of that part of the world, like philology graduates who just went “oh, I want these books published. nobody interested? i guess i’ll do it myself”.

That’s really cool actually. I’d love to do that.

人間失格 is one of THE most important literary books in Japan. It’s references so often that reading it for that alone would be worth it. May I also recommend the anime adaption from the 青い文学 series? It received a pretty good 4-episode アニメ化 with some short explanations in the beginning that was later compiled into a movie. I think it makes for a good companion piece – and the 青い文学 series is great in general if you want to get a feel for early 20th century Japanese literature, adaption famous stories like こころ, 蜘蛛の糸, 走れメルス！ and so on. 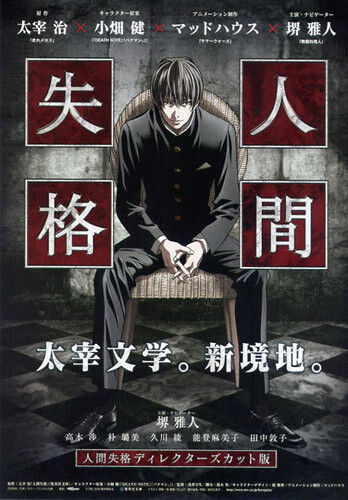 (Yes, the Death Note mangaka did the original character design.

I’ve watched it in 2012 when I was just starting to get into anime and Japanese. Back then I was both intrigued and at the same time felt like I couldn’t really grasp what most of these stories were about. It’ll be fun to see how that changed in the meantime.

(Yes, the Death Note mangaka did the original character design.

So, we have one adaptation where the 人間失格’s protag looks like Light, and then there’s 文豪ストレイドッグス where a character loosely based on Dazai got the Light’s seiyuu.

This series I didn’t watch, but I’ve heard about it.

Hmmm, I just noticed that 人間失格 is one of the books included in japanese.io’s classics section. The schedule also doesn’t seem that horrendous to me… coincides nicely with the summer holiday. Maybe it’s meant to be? I might give it the ol’ go

Maybe it’s meant to be?

Oh lol, I thought it was going to start this weekend, but is actually next week…

You’ve got a whole week for yourself now, to chill or to catch up on our new spin-off book…

or to catch up on our new spin-off book…

I finally bought the book, so will do that

Oooh, No Longer Human, one of my favourite japanese novels so far, fantastic! I’ve read it in English before, it was always my goal to read the original eventually. I wished they had translated the title more literally, “Disqualified from being Human” (or “as a human being”), which is such a fitting title, but i guess it’s a bit unwieldy in English. I didn’t know that this novel is referenced so much in Japanese media though!

I think i first heard about this in the anime series 青い文学 as well, a compilation of short anime adaptations of classic literature, which i also recommend, it’s a great introduction. Like much of the modern classics it’s not the happiest, but as the motto of the series says, 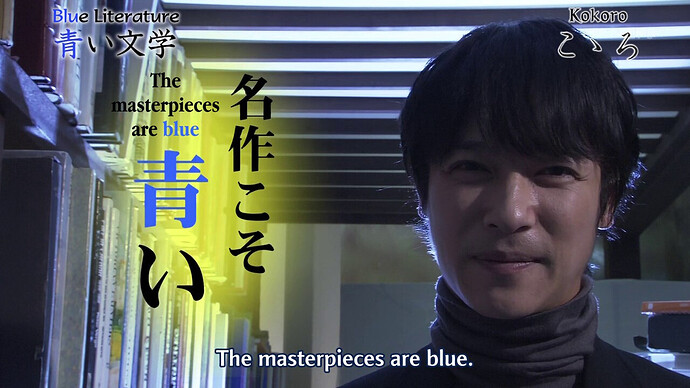 Interestingly, the series also adapts a short story by Osamu Dazai, 走れメロス (Run Melos!), inspired by greek mythology, which is very uplifting. But the entire series starts with No Longer Human, which is apparently the most widely read novel in Japan. 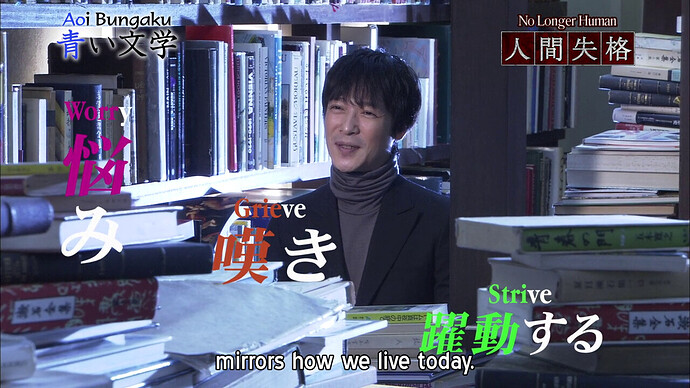 I’m not sure if i’m ready for this, as my grammar is just around N4-N3 (according to Bunpro), but i think i want and have to at least try the beginning to celebrate one of my favourites

(the other favourite (author) being Soseki, naturally, whose Sanshiro trilogy has a lot of thematic similarities to No Longer Human. こころ as well, come to think of it.)

I’m not sure if I’m ready either, but I am keen to get into it, so I figured I’ll read what I can in Japanese and if I get stuck, I’ll use a translation. My primary goal is to read this book; in Japanese if at all possible, but in English if necessary

Here’s an archive.org public domain e-reader version if you want to put it up in the first post. It’s just the aozora bunko text converted into a bunch of different formats.

Also seems to be uploaded by Blizzard Vice-President Jeff Kaplan so has to be legit.

For those of you who already finished chapter 1 last week, you have a break this week

By the way, if anybody is reading the paper book and could provide me with the page numbers for our breaks, that would be appreciated!

By the way, if anybody is reading the paper book and could provide me with the page numbers for our breaks, that would be appreciated!

Thank you! I’ve updated the OP (and I sincerely hope I did not mess up the page count calculation too much