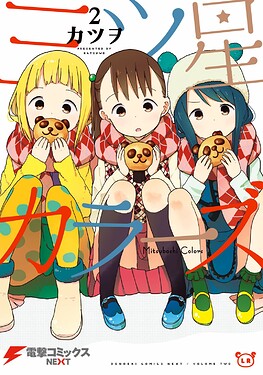 Looks like we’ll be starting in one week, on March 12th.

Until then, I ask that Sacchan, Yui, and Kotoha please give Saitou a break. 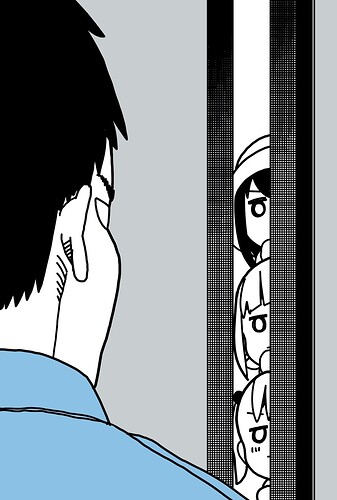 Because this is a small group of readers, and such typically get only a small amount of discussion, the entire volume will be within this thread. I’ll post the new chapter reply around my usual time, which is typically Friday afternoon California, USA time. 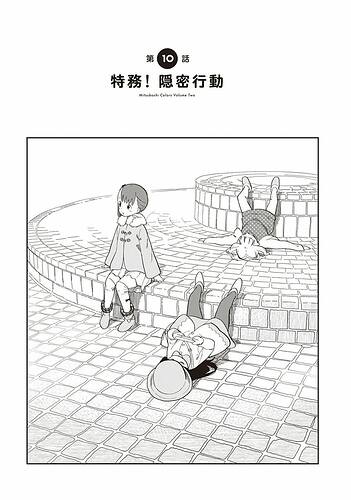 I may tweak the frequency stars on the vocabulary sheet a bit once more words are populated.

The frequency information is based on running the volume through OCR, which gives decent by sometimes iffy results.

Stars are currently set as:

Real world locations! The only new place they visit this chapter is Marishiten Tokudaiji Temple. There’s also an Inari shrine on the temple’s premises, which might be why they’re calling it the 商店街の神社 rather than 寺. Can’t see any ema that look like this one on the linked images, though.

Page 9, Kotoha is unexpectedly agile. A one-handed cartwheel. And Yui is expectedly unagile…

Is there a reason we’re still counting pages instead of just going “chapter 10”?

Is there a reason we’re still counting pages instead of just going “chapter 10”?

Because I like to make life difficult for myself.

Actually, I used a prior offshoot book club post as a template. I’m definitely going to go with your point.

I found the ending of this chapter a little confusing.

Who wrote on the ema? And why? Do we know?

Who wrote on the ema? And why? Do we know?

And was it even about the priest? Maybe Oyaji wrote it as a new riddle/game for the Colours, and they just got distracted and forgot about it when they saw the priest’s toupee.

My interpretation is that they abandoned their hypothesis that the
message was about the position of their base being discovered by an
enemy, and jumped to the conclusion that it must’ve been about the
priest’s supposed “secret” (that he’s a baldie). I don’t think it is
implied that’s necessarily the right conclusion, it could’ve been a
completely unrelated message (that their klepto cat just stole).

Yeah this seems to be the case, however I’m not sure how likely it is that someone would just write バレてるぞ as a wish without it being directed at them, but it seems way too vague to be an Oyaji game. I guess we will never know *

*unless it is revealed on the next chapter

Unfortunately, people will now because of Mitsuboshi Colors, so it’d be hard to find out if they would have before

That is honestly pretty funny, it also looks like the ema behind it says something about umaru chan and the colors. Probably anime that they like or something

Unfortunately the humor of this chapter is also lost on me. I don’t quite get what was funny about the bald guy at the shrine beyond the kids’ sudden surprise. I am trying to figure out if there is some significance to both katakana and hiragana being used on the 絵馬?

I am trying to figure out if there is some significance to both katakana and hiragana being used on the 絵馬?

Would this be a shortened じゃないか and read something like “aren’t you surely sanding on your tiptoes? Liar.”

I’d phrase it more like “You are standing on your tiptoes, aren’t you?”, but yeah.

She’s asking Kotoha what are the rules for a competition comparing height. I think the なんだけ is expressing her trying to remember. I’m not sure what どさー is.

I understand the main point of what is going on here but the より is throwing me off.

より is just being weird here - これより means something along the lines of これから or 今から. [Citation]

Unfortunately the humor of this chapter is also lost on me. I don’t quite get what was funny about the bald guy at the shrine beyond the kids’ sudden surprise.

Finally finished the chapter tonight. Trying to catch up on the thread here.

I am also a bit lost with the ending of the chapter. I thought maybe the think him being bald is actually the secret that the 絵馬 is about. Or, they think he wrote the 絵馬 about their hiding place, and their response is more of a “Our secret is out? Your secret is out!” thing. Nothing specific points to either other than さっちゃん staring down at the 絵馬 before she yells at him.

The other possibility is that there is some subtle connotation in the text that I am missing. I am wondering if one of the more experience readers has a take on the ending.

I am also a bit lost with the ending of the chapter.

It does seem a bit obtuse, at least for us learners.

I reckon that the girls realized the message wasn’t about their secret being exposed, but rather about the man’s secret of being bald being exposed.

From there, Sacchan naturally has to point out that the man’s secret of being bald is exposed, Yui tells her she should expose the secret, and Kotoha admonishes the man over the easily mistakable message (thanks to the lack of topic or subject).

Time for the big week! Although, some may find chapter 11 goes by more quickly than they expected.

Thanks. So my first interpretation that he wrote the 絵馬 about his baldness was kinda correct, but they are yelling at him because they misunderstood. And he looks confused because he doesn’t understand why they are yelling?

And he looks confused because he doesn’t understand why they are yelling?

He’s unaware that his toupee/combover has come loose.

I’d say we have no idea who wrote the message or what it was about.

I realize that does make it feel a bit non sequitur of an ending for the chapter, but the chances of finding the person who wrote a specific message or why (just because it’s the one cleptocat decided to snatch) probably would be a bit unrealistic, even for Colors.

Phew! All caught up. I marked that I was reading along last week, and then promptly forgot to…actually read along, so I read all 3 chapters today. Thankfully, 11 really was quite short.

I think anybody who has had to deal with little kids for any period of time can relate to Saitou’s course of action in just letting them nap. Any chance at peace and quiet, you take it!

Also, I’m glad that “Ueno Park Big Rock” gave me results for that rock in chapter 12. I would have driven myself crazy trying to read the kanji on the rock, otherwise…

For those who are interested: I believe the kanji are 上野恩賜公園 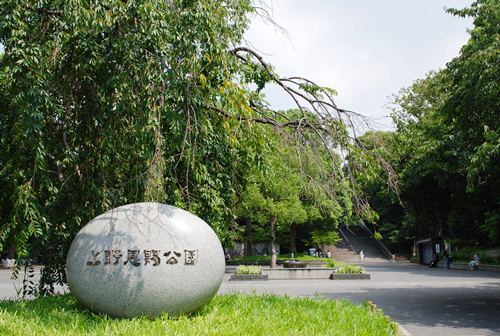