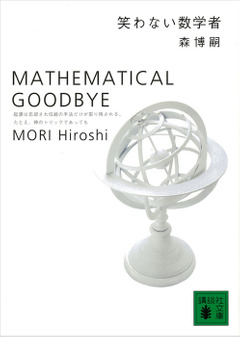 Woo! Some action and a few reveals. Didn’t expect to get any in this chapter so it’s a nice surprise. Looks like NicoleRauch was right on the money when suspecting Noboru since the beginning.
In other news, maybe Saikawa now understands that withholding information just for theatrical effect and because “it’s probably safe” is not the best idea? But I’m not very hopeful that he’s learned his lesson. Can’t believe the cops rolled with it.

Oh dang! I got confused by the week number and read your spoiler although I’m only halfway through

runs off to finish this week’s reading

So mother and son plotted to make the son look unsuspicious. Definitely worked with me!

Anyways, now we’re waiting for next week’s big reveal of all the rest, I guess!

Oh dang! I got confused by the week number and read your spoiler although I’m only halfway through

Haha I almost did the exact same thing but caught myself just on time. Checking book club responses when half-awake is dangerous.

Well, sorry for the spoilers I guess ^^’

So mother and son plotted to make the son look unsuspicious. Definitely worked with me!

I thought that Noboru was probably still involved, and in fact the hunting gun incident made him even more suspicious as he seemed to know he was being targeted. But I have to say I never suspected the mom.

I was almost there anyways and managed to finish quickly. But I hadn’t expected this new escalation to be honest! And yes, I also never suspected the mom. I thought it was very cool how they pulled this off!

Ok one more big prediction before the big reveal–

Is it possible that 片山基生 killed the original professor and took his place? I really wish I could remember some of the details better (e.g. when did the Professor become a recluse? Did the timing line up with 基生’s death? Did Moe comment on the professor seeming young?). But that might explain the skull that Moe found in the ditch, and why Saikawa and Moe were underwhelmed with the professor. It would also explain why he stays hidden away.

I’m also really curious to know how Saikawa was clued in by Moe’s sandwich-making. I thought that scene felt a little “off” initially, so I figured it might be a clue. I’m pretty sure there were no knives in the kitchen for some reason, which seemed strange.

That would be truly amazing.

But wouldn’t his relatives notice if his voice had changed, even if they cannot see him? And would Kisei really want to live such a secluded life for the rest of his life? He seems to have wanted a new start, but would that be the start he desired?

For the skull in the forest, I rather thought that was Akira (after having written the manuscript in Soutarou’s name), somehow? Hmmm… But maybe Akira is still alive anyways.

Tomorrow we will know more, I guess!

Not much to add at this point, but I will say that my reading speed has reached its highest level yet with this book. Man, this is good stuff! Better than either of the first two books for me. Will probably finish the rest of the book over the weekend.

I will say that my reading speed has reached its highest level yet with this book.

Me too! I was honestly pretty shocked I was able to keep up and also not fall behind in the other clubs.

Better than either of the first two books for me

I’ve also been enjoying each consecutive book more than the last! It’d be amazing if this kept up for the rest of the series.

There’s also definitely something to be said for getting used to a certain authors style and preferred word choices.

Nothing much to say on the content, except I did not see this escalation coming. The last time 犀川 did his big reveal it went so smoothly… I’m sure glad tomorrow is the new week because I’m not sure I could keep myself from continuing.

Exciting stuff! I’m so happy that I got it right with Noboru being the murderer! The two cases before that were definitely much more convoluted in my mind and I didn’t even really try to speculate. I definitely didn’t suspect Kimie to be the shooter! And why did they even set up the shooting thing? If he didn’t want to live anymore, he could just kill himself, I guess? So why bring the mother into it… I guess I’ll have to read the next chapter to find out!

Is it possible that 片山基生 killed the original professor and took his place?

This thought actually crossed my mind as well! I’m still not sure how all the missing people are gonna fit into the story, and I have to say that Saikawa’s comment about the statue kind of confused me? He said the statue was never in front of the main gate… I wonder what he meant by that. Saikawa storytime, let’s go!