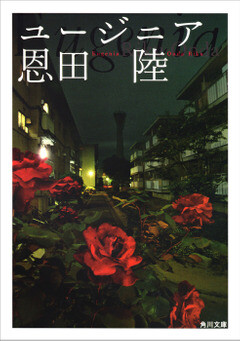 In case anyone else has trouble with it, I parsed out the conversation about the husband and wife (the commotion in the road, quite early on). I’m only up to section 3, so about halfway done with the chapter. If anyone thinks I interpreted it incorrectly feel free to let me know

Assuming I got it right, the pair was always fighting because the husband was sleeping around. The wife would constantly yell about killing him. He snuck in a woman in the afternoon, and she found out and was pissed.

Thanks for that. I too wondered what 下半身の緩いmight mean and settled on somethng like “sleeps around/ can’t keep it in his pants”. I didn’t know what to make of レコ at all. (I don’t think these are spoilers, but hiding just in case.)

I didn’t know what to make of レコ at all

This doesn’t seem to be in J-E dictionaries, but it is in J-J dictionaries: here’s daijisen’s entry:

So, having finished this chapter:

That toy car turns up again, in a third way that’s different from both the previous ones!

I am low-key starting to wonder if there’s going to be a supernatural/paranormal element – we’ve had the weird phonecall, and the toy car placed to trip somebody, which is a totally underwhelming attempt to change things, but maybe if you’re a ghost that’s all you can do, and the cocoon thing, and now mysterious omens appearing in teacup rings…

The detective is a sympathetic character to spend time with, which I appreciated given that this chapter dragged us through the details of the crime scene at a level of detail the previous chapters hadn’t.

I’m so glad we got the detective’s point of view. He’s a likeable character, and he’s an outsider, so his approach is very different to what we’ve read so far. And it looks like we will read more from him later on. This wasn’t an interview, nor a passage from a book, it was straightforward narration. Interesting how all these styles combine in one book.

That toy car turns up again, in a third way that’s different from both the previous ones!

It wasn’t in the kitchen this time, but in a room with several bodies, right? It sure gets around.

We also had the warning from HIsako about the “bats” - if she’s not the killer. Onda Riku has written books that deal with the supernatural, I think, but I don’t expect this to be one of them. Apparently almost everyone claims to have had some premonition that day, and almost everyone is either fascinated or weirded out by Hisako, but both can have a rational explanation. Detectives in books “sense” things all the time, and coincidences like reading a random phrase often help with their deductions. What I’m now more curious about is whether we are even supposed to doubt that HIsako did it, or just wonder about the why and how. She is looking more and more like the devil incarnate the way everyone describes her.

It just occurred to me, wasn’t it a glass, rather than a flower vase, that was on top of the Eugenia poem in previous accounts? It supposedly had the delivery man’s fingerprints on it.

This was the most engaging chapter for me so far. I’m not sure if that’s because of the writing style of this particular chapter, or if I’m just getting into the book in general. Definitely looking forward to chapter 6 though…

It was definitely the most engaging chapter for me as well. The first person perspective, and the background we got on that person, made it incredibly enjoyable after so many one sided interviews.

Up to now I was convinced that the whole thing about 緋紗子 being super suspicious was just a red herring, but that last sentence! I want to believe in this guy’s intuition.

I finished this chapter only slightly behind schedule

Hisako really looks more and more suspicious to me. This detective’s intuition seems to work quite well so far…

Just a side issue, but the TV detective, that sounds extremely like Columbo, what do y’all think? (Love that guy btw

Yeah, that was absolutely the TV detective I assumed it was

I finished this chapter on time, but my memory about details and clue in each chapter is now fault

So I had to read every chapter once more again immediately

The detective is a sympathetic character to spend time with

I agree! I began to assume that it is him who interviewed 雑賀(chapter 1), her assistant (chapter 2) and the daughter of the housekeeper (chapter 4), because his colleague (police women) had interviewed women and children after the murder. Perhaps they don’t know the detective?

I saw in him some similarities then to Hisako. Both of them are very clever, their parents loved them, but they couldn’t satisfied their parents…

She is looking more and more like the devil incarnate the way everyone describes her.

except Makiko. I found she esteemed Hisako far too much…

I want to believe in this guy’s intuition.

Me too! I like also the scene of his presentiment about danger (weather, origami-paper or two words on a coaster). It was also brilliant.

The last phrase is typically like “Columbo”, I found

Perhaps they don’t know the detective?

No, it can not be right…

The daughter of the housekeeper knew him very well…

I have favourable impression of the detective seeing the way he treated the mother & her family of previous chapter. It’s nice to learn abour his background. When he mentioned the ants led him to this career, luckily they were just gathering around ice cream, my mind was imagining worse actually

the idea of using another activity like origami to distract from bad habits (e.g. smoking) is really cool, I want to learn from it. I also like how the chapter mentioned his watching drama with his wife and linked that to the moment he met 緋紗子, I can’t help but きゃあああ! How will she handle the interview with the detective? This novel has been such a page turner.

Maybe it was because I read this late at night but my brain decided to vividly empathize with what it would be like to be faced with such a gruesome scene and it was not a fun time. A gripping time for sure because it was time to sleep but I was in the middle of the section and I just couldn’t leave it there so I had to finish the whole chapter. Very sinister ending. I’m really wondering where this book is going now because I’m usually resistant to being told so early on who the culprit is but the arguments are pretty strong so… gotta keep reading I guess.