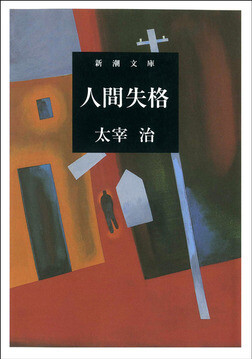 I’m continuing with my summaries. All quotes/info are from The Saga of Dazai Osamu by Phyllis I. Lyons, chapters Introduction, The Journey Outward and Childhood and Adolescence this time.

As for this week’s reading itself, I really liked the scene at the end with servants lying about their impressions about 演説. I guess I never get this part of social niceties and I’m always happy when somebody rants about it

I want to make sure if you know where the “rape scene” was by now, or do you want me to pinpoint you a quote when we’re finally on the correct week?

It’s not that big, it’s totally possible to miss it.

Thx for the info as always. Really apreciated.

I want to make sure if you know where the “rape scene” was by now, or do you want me to pinpoint you a quote when we’re finally on the correct week?

It’s not that big, it’s totally possible to miss it.

I still have no idea bit I might reread some part of this week reading to be sure. This book is harder than my usual reading so… I might use the fact that we have less pages per week than expected to look more into understanding.
Thx for the help

Well, in case of more confusion, just @ me!

I don’t have a lot to say about the end of the chapter but I’m having fun following along the French translation to spot the mistakes (and occasionally find parts where I’m the one who misunderstood but shh). In that regard, this week was not as bad as week 1, but I was intrigued by the translation of the very last sentences: (translated to English by me) “And, since had never denounced anyone, it is in isolation, and thanks to my feminine side, that I guessed many things and that is why I was taken advantage of in many ways in the years that followed. Because of this feminine side, I stayed a man who was ignorant of the secrets of love.” It’s a mystery to me how why he turned the 女性 into a feminine side.

At some point he also clearly misread クスクス笑い as クラス笑い, since he translated it as “the class was laughing”.

The first sentence has a few place names that are confusing, maybe not worth trying to decipher as much as i did

(自分の父は、東京に用事の多いひとでしたので、)上野の桜木町に別荘を持っていて
So his father had a villa/house… somewhere.
上野 is Ueno, a district of Tokyo. I thought it might mean the historical Kouzuke Province, written the same, but that was merged into Gunma prefecture in 1876 (not close either).
桜木町 is Sakuragichou, a place in Yokohama, Kanagawa Prefecture.
So… how can you have a house in Ueno’s Sakuragichou?

Maybe the translator (Keene) was confused as well, or he just wanted to eliminate references to Japan, because he just wrote “My father frequently had business in Tokyo and maintained a town house for that reason.”
This is probably pretty irrelevant, but i’m still curious

So… how can you have a villa in Ueno’s Sakuragichou?

It looks like there’s a 上野桜木 neighborhood in Tokyo that’s read うえのさくらぎ. Maybe he meant that, and the の stopped being written out over time?

that makes a lot of sense, considering the business in Tokyo! Thanks!
(i could have figured out it’s one word, but i didn’t expect 上野 not to just be Ueno, and there’s also a 桜木町駅 (Sakuragichou train station), apparently old and famous)

This isn’t that relevant, but I like this neighborhood map of the surrounding district, and it makes it clear what (little) difference there is between 上野桜木 and 上野: 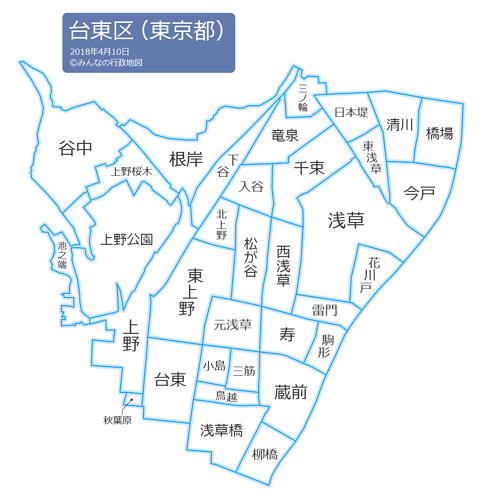 Ooh, so that’s Taitō Ward (区) with its districts. I didn’t know of this division of Tokyo into “special wards (区)” with their (sub-)districts (usually without suffix), now the terminology is a lot clearer to me. Thanks!
Also interesting that these wards call themselves city in English.

To add to the place name buffet, there’s also all the non-区 divisions, which tend to use 市 as the suffix!
Those are probably (?) (even) less relevant to No Longer Human though, since I think the 区 areas are the core of historical Tokyo (/Edo). (and I suppose they still mainly are)

Tokyo… has a lot of place names.

Definitely nice to know for completion!
That’s basically the countryside though, the largest of these “cities” has only around half a million inhabitants

It was mentioned so casually I had to take a second look and check the definition for 犯す, although I really knew it.

And by casually, I mean stylistically and tonally no different to the rest of the writing. I suppose that makes sense, since our protag experiences life as difficult and painful and scary anyway, so this may would have felt like more of the same.

I actually re-read last week’s part before moving on to this one, and I have to say, it’s a pretty different experience! Having read it before, the run on sentences and, ah, train-of-thought-ness takes much less brain power. I don’t think the meaning I got from it changed, but the second read through felt much clearer. Time and will permitting I’ll try to do so for the other weeks as well.

(I remember thinking something similar about 雪国, and I didn’t really do it then. Next week will tell.

There’s a later reference in the book as 上野桜木町, so that makes sense.

So his father had a villa/house… somewhere.

Interesting, I seem to have lot more furigana in my version. Or just in different places

Finished this weeks reading. I kind of forgot to study my wordlist-anki deck and realized suddenly I just read way past my deck. Not sure I got everything, since I just read through without looking anything up; but I guess enough. Let’s see if I have the time and energy to reread stuff.

I chuckled at 嗚呼, haven’t seen that one in kanji before. First time also seeing 上京 in a book, I remember studying that years ago and thought if that’s ever going to be useful

It was mentioned so casually

And by casually, I mean stylistically and tonally no different to the rest of the writing.

That’s why I said it’s totally possible to miss it.

And I really like how it blends in with the rest and I agree with your interpretation about protag experiencing life as difficult and painful and scary anyway.

In Junji Ito’s manga adaptation, the matter is much more fleshed out. From one of the reviews:

Now Junji Ito has given us his own manga adaptation of the story. Maybe adaptation is the wrong word, since it doesn’t convey how radically Ito has reworked Dazai to fit his own vision. I am not talking about the way Ito uses his visual style, which is excellent throughout, and appropriately unnerving: we see everything through Yozo’s haunted eyes, just as we did in the original story. And most, if not all, of the original story is in fact there. It’s that Ito has added about a hundred percent more of his own atop and within it, in much the same way a stretch limo has the same front and back of the original car but absurdly more in the middle.
Some of this is just spelling out what Dazai only chose to hint at. The sexual assaults that shaped Yozo’s young life are shown graphically — he’s both violated by a male house servant and seduced by one of the maids […]
source: Junji Ito's 'No Longer Human': No Longer Dazai / Ganriki but there are spoilers there for the whole book

I chuckled even more when I looked it up and came across this one: 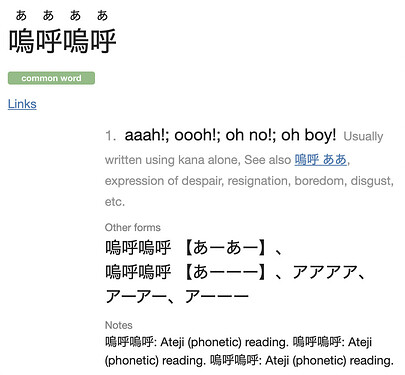 I am happy that I have two translations, because I had some trouble with this bit:

And I didn’t think the Gibeau translation was very helpful here:

Even had I appealed to Father, to Mother, to a policeman, to the government—wouldn’t those people, adept as they were at getting their own way, just make up some story or other and that would be the end of the matter?

Keene on the other hand translates it as follows:

Supposing I complained to my father or my mother, or to the police, the government—I wondered if in the end I would not be argued into silence by someone in good graces with the world, by the excuses of which the world approved.

I’m with Keene on that one

I feel like Gibeau’s translation suggests something completely different than what is meant…? To me it seems to suggest that the powers that be would concoct a cover-up, whereas in Keene’s translation you get the sense that they would argue him out of ‘making a fuss’.

Yes, I read the two translations the same.

But now that I look at it again, I wonder whether maybe Gibeau is right and Keene is not

I mean, it all boils down to the meaning of まくられる, I guess? Just looking at the word, I thought it had something to do with curtains or cover or the like, and therefore I thought that Keene was right. But Jisho claims that 言いまくる - Jisho.org means “to talk volubly” (also Goo says that it means “to rattle on”) and so all of a sudden I think it’s not about the protagonist being talked down by them but rather they just talk and talk (to cover up the events) - which now makes Gibeau look much closer to the original than Keene

Maybe we can find a neutral third party to help us out of this rut?