How to recall how to write the kanji

Knowing the radicals and how to write them will help for sure. This will allow you to make mnemonics and it will be more like puzzling radicals together rather than remembering all the 18 strokes for example. You will need to practice writing if you want to be able to write. It won’t come by itself. I stopped after 300 kanji though since I felt like time was better spent elsewhere. Might come back to it in the future though.

You could probably use SRS to practice writing. I would probably write the kanji like, 10-15 times the first time as I learn it, and then let SRS take over to only write it 2-3 times when the Kanji comes up for review.

How would I set up an SRS system for something I physically write down? Would I have to keep note of each individual item I review each time?

Anki. Make a deck with the reading and/or the meaning as the question side, and hand-write the kanji before you view the answer.

I would do something like
ふとい - (write 太い)
おおきい - (write 大きい)
でん話 - (write 電話)
たべ物 - (write 食べ物)
Or you could only write down the missing kanji (太、大、電、食) and not the whole word if you want to. This way you would practice your hiragana only reading as well for example.

Lol I kind of hate Anki

I second that you will need to actually write by hand, just looking at the kanji will not be enough.

I have an iOS app called StickyKanji, which has SRS cards and supports writing recognition as an answer mode, I haven’t used it in that way however. There is also Skritter; I heard good things about it but it seems expensive. I was considering to use Kaniwani and handwriting recognition to enter kanji on the iPad, but only for a second round of WK, it seems to take considerable more effort and time.

Hmm good point, seems like the app name is StickyStudy and there are different versions for kana and kanji. I bought it as a discount bundle, I thought they were different apps … Anyway, it’s not that expensive and quite functional

Thanks for pointing that out!

I have StickyStudy, though I’ve not looked at it in a while. If it’s got kanji writing practice now too, I should certainly have another look in.

There is a very nice deck for Anki with everything you need, it’s really worth a try:

Practicing writing helps me tremendously remembering Kanji better and avoiding confusing them (what happened all the time for me when learning by sight, like 坂/阪 or 常/堂 and such)

There is a small animation of the kanji on each card, when you tap it you get a writing field with several modes, writing on the shadow of a kanji and it shows where to go next, then just the shadow and you must know the stroke order (or the kanji doesn’t progress), and finally an empty space. If you mess up it falls back to a mode with more infos again.

I’ve been using an app called Kanji Study to practise writing kanji every now and then. Works well enough for me, though I can imagine that writing by hand (as in with pen and paper) might be even better to memorise them.

So I was looking around for a good iOS app to learn to write kanji. I love learning to read them with WaniKani, but was worried about never learning to write (or more accurately: remembering how to write) them.

Anyway, I was pretty frustrated with all the apps I found, at least the free ones all seemed to suck in various ways. But somehow I came across an app designed for Japanese school kids, and it turns out it’s just the ticket. It’s called Kanji Ninja (or 漢字忍者) 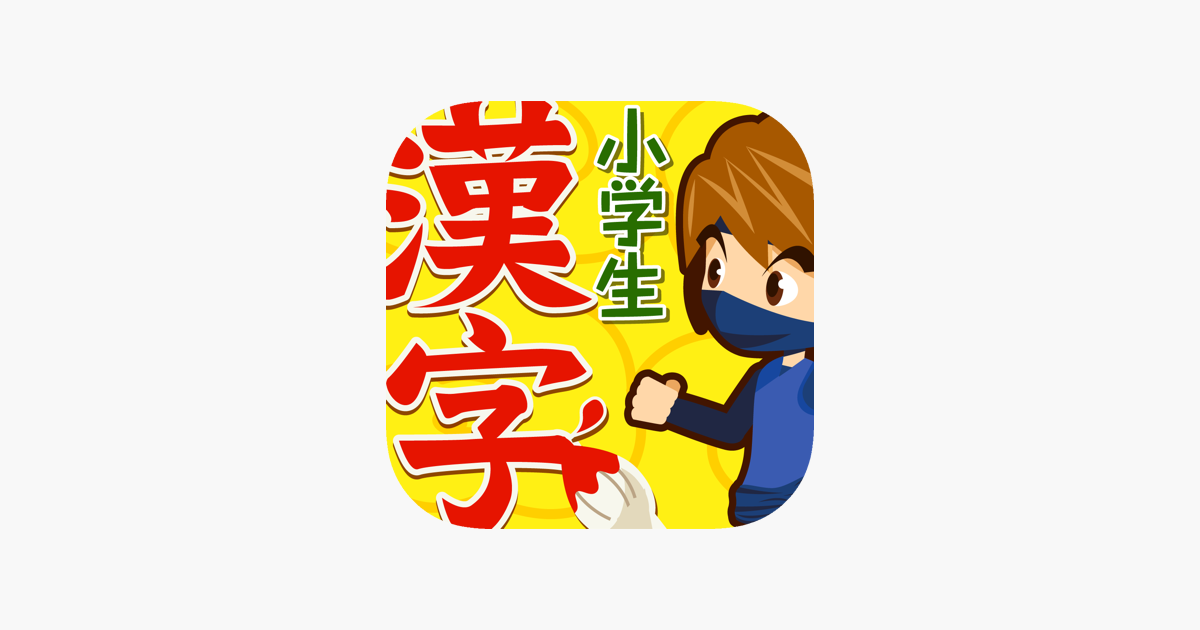 (There may be an Android version but I haven’t checked.)

It’s free with unobtrusive ads or you can pay a small fee to remove the ads. It covers grades 1-6 or ~1000 kanji according to the app, and there’s a 中学生version once you learn to write the first batch.

I really like the way it’s organized, in groups of five getting progressively harder. You are tested with a short phrase with hiragana for the kanji in question and a nice big space to write it. If you don’t know a kanji, there’s an overlay to trace.

I’m partway through grade 2 currently. All the kanji are familiar, though I’m learning new words from the short context phrases. It’s funny how I remember for example that the kanji meaning “company” uses the pelican radical, but then how do I draw a pelican in kanji? I had no idea, even though I’ve seen it countless times. But now I know!

Anyway, give it a try if you’re looking for something like this.

I was looking for some apps a while ago, including Skritter which was shockingly overpriced considering how buggy it was.

But in the end, the Anki deck that was already linked was the perfect solution. I could not believe I had missed it until then.

I try to practice my handwriting but I don’t have as much time as I would like for that, so I also use KaniWani or KameSame on my cellphone combined with the handwriting keyboard.

Hey everyone, I have been using WaniKani for a while now and love it. The only thing I really miss is writing practice. That’s why I have been coding a little script (available here) to generate PDFs for writing practice based on WaniKani’s levels. This image shows an example page of the PDFs generated. If you want to tinker around with my code, feel free to do so. In case you just want to download the PDFs, you will find them here. I hope it helps you a little. Have fun and cheers. …

I’ve learn the first few levels using that, and it’s good so far. But it uses a lot of paper and it’s not very “SRS-y”

I’m a little late to this post… but I think if you want to learn to write, you simply have to practice a lot! Not to sway anyone to learn or not learn, but I graduated with a degree in Japanese over 2 years ago and work in a company using Japanese daily, and I don’t think I’ve ever had to write anything in Japanese by hand more than twice. In this day and age, a lot of stuff is just on the computer. This may be different depending on where you plan to use your Japanese, but just my two cents.