When you use only IOS app and then visit the site 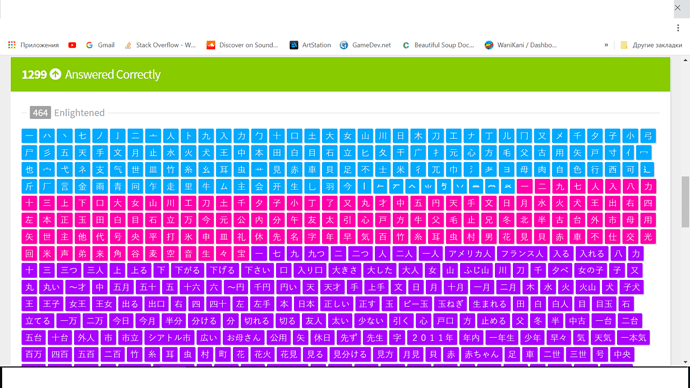 How does that even happen

I guess it checks if True/False and then updates the counter at the database,which then shows it at official website till the first view or something like that.

I had no idea! Here’s mine, which includes my first burns

I thought for a moment someone had beaten my record of most (as far as I know) reviews in a day, in a single review session.

Wait, hasn’t the iOS app been dead for like a month?

AlliCrab is still OK for now, and there’s nothing wrong with Tsurukame (except reviewing offline

I wonder if the WK API actually supports updates like “this item was correct on 2019/10/20 13:50” or you can only update items and it logs the current time. If it is the latter then the app can’t do much about it.

Oh, so any app behaves like that, not just the (dead) official app?

The official ios app has been nuked?

Yes. As far as I understand, they ran into a bug that required a major rewrite, so they just shelved the project for now.
That being said, they tried to hire someone to work on that project. I don’t know what happened with that.

Yes - basically the ones that aren’t a web wrapper like Tsurukame. Ones that are like AlliCrab, uh, you already visited the official website when you did your reviews