A sequel has been announced to Made in Abyss in the form of a movie, whose title is 「深き魂の黎明」.
I can find the other words in a dictionary, but「深き」is a mystery to me. It doesn’t appear in any dictionary. My IME (Apple) parses 「ふかき」as it, so I assume that’s how it’s pronounced.

Maybe it’s kobun? Does anyone know? 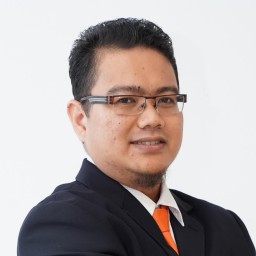 A small look at Classical Japanese

A tree hundred’s, or even thousand’s, of years old just spoke to us. His language will definitely be different to our own! No “yo dawg, what up”, no cat memes, no leet speech. More on the lines of “The lady doth protest too much, me thinks” or “Hear ye, hear ye”.

We get a sample of Japanese from the past in the very first sentence:

Now, you may ask yourself “Why is it 深き and not 深い?”, like it is in the Vocabulary page. The form 深き is the classical Japanese version of 深い. Both are attributive, meaning they both modify a noun (or an adjective in layman’s terms).

Just to add to what others said, this form should not be very surprising, in retrospect:

There’s two different functions of modern adjectives that appear as い
One is to predicate, the other is, as you mentioned, attributive. き was only one of those, the attributive.
I bring this up because, while 深き森 is fine, you can’t say 森が深き. (Well, you can, but it’s going to irritate some people)

I bring this up because, while 深き森 is fine, you can’t say 森が深き. (Well, you can, but it’s going to irritate some people)

Just pretend that it’s exclamative, or even add ! for the doubled perverse effect of adding modern imported punctuation to a literary form… People will hate you even more.

Apropos of nothing, when I was first learning Japanese I thought a video game called 素晴らしきこの世界 was just poetically in the wrong order (as Japanese does often do), ie. 素晴らしき、この世界
Only later learned that couldn’t possibly be the case!