It doesn’t really make sense to have a private participation poll, though

Will do for the upcoming weeks!

Well, for me these breaks are something…just for the sake of having some pace-controlling milestone since ultimately the goal is to ready the whole book. But sure, I’ve got your point and for the 6+ weeks will see to suggest more clear breaks.

Did we decide whether or not to have a read aloud session for this book?

Well, for me these breaks are something…just for the sake of having some pace-controlling milestone since ultimately the goal is to ready the whole book.

It helps for discussion to have clear segments, though. It can be awkward when you want to discuss a particular segment and it’s across two different threads.

Note to those ctrl + F’ing to find the breakpoint, try 後の祭りである (without the そ).

Going to mark most of my post for spoilers since I’m early and I imagine many people are still reading!

I guess there’s not a whole lot to discuss here since it’s just the beginning of the book, but I am definitely intrigued. Certainly, Fumiko assumes she can use the power of the cafe to go back a week and “talk to Gorou one more time”, but we know from the book’s preface that it’s impossible for her to change the present. So it kind of makes me wonder, what’s the point? Aside from her possibly realizing that she’s probably better off without someone who would break up with her so nonchalantly in the first place. I mean, for her to have run out to buy a special outfit at the mere mention of “an important talk”, she obviously thought this was a relationship that was going places, while he seemed less than troubled at the idea of leaving her behind. Anyway, I’m excited to see how the author uses this unique gimmick to develop the characters! I hope we get to see some of this in next week’s reading.

Also, a huge thank you to the person (people?) who complied the vocab list. I was especially happy to see that entire idioms/phrases were defined when appropriate, as this can sometimes be the most time consuming thing to look up. I even learned a few new ones like 「影が薄い」 and 「手につかない」.

Final thought: reading novels always forces me to humble myself at how few onomatopoeic words I know. Even when I try to learn them, they seem to flutter away from my brain just as quickly as I stuff them in.

A lot of it is because I have a bad habit of ignoring them as I read if I can easily understand the meaning of the sentence without them.

I’ve discovered that the English translation I bought lacks the prologue. Though the about-the-author bit does mention that this book was adapted from a play, which certainly explains why the rules state that time-travellers can’t leave the cafe.

Well, for me these breaks are something…just for the sake of having some pace-controlling milestone since ultimately the goal is to ready the whole book.

When you’re trying to find the end of the reading by eye in a physical copy, it’s much easier to just check the section breaks than to scan every line of text.

Even when I try to learn them, they seem to flutter away from my brain just as quickly as I stuff them in.

Surely you mean they パタパタ away?

This is the first time I’ve read an intermediate book in Japanese so it’s taking me a LONG time to read through and understand exactly what’s going on but it’s definitely an interesting premise. I think the fact that it was adapted from a play comes through in the writing style as some bits read oddly.

I like slow-burning stories like this though and hope to see further character development for F and G!

Also @Kyasurin and @Wildjinjer - I’d be up for joining a read aloud just to help cement my understanding but I guess it also depends on time zones (I’m in the UK).

It’s my first time too. One thing that confused me is the verb tense the book is written in. Almost everything is in past tense, but then there are (seemingly?) random sentences written in present tense (and a couple with no verb at all). Having never read another novel in Japanese, I’m not sure whether this is normal and whether there’s a reason for it. I haven’t been able to spot one. There’s even one sentence that combines present and past in its two clauses: 「店内にはカウンターとテーブル席があったが、カウンターには三つ席、テーブルは二人掛けが三つしかない。」(I don’t think it’s a spoiler, as it doesn’t reveal much more than the general cafe layout, right?). I thought there may be a grammatical reason that I’m missing, or a stylistic choice, but now I’m wondering whether it’s just because of being adapted from a play? No idea.

Another thing: What would 数は数で mean? (page19ish? I’m reading on Bookwalker). What does the 数で part add?

Ah, finally found the end of the reading

It is an odd place to stop, admittedly. I’ve read ahead (mostly out of my anxiousness that I wouldn’t be able to keep up otherwise), and when I reached week 2 I had to go back and reread the first bits of week 1 to find out who was replying to what, because the stop is right in the middle of the conversation.

The idioms/phrases were certainly the most fun and rewarding to look up. They tend to stick better than mere vocabulary too, some are quite charming. I feel like I’m learning so much.

Sound of the bell on the entrance door, maybe? Seems a bit of a chunky sound for a door bell, though - that particular onomatopoeia definitely gives more more of a chuchbell-sized-bell vibe. The grandfather clocks chiming?

I’m pretty sure it’s the bell on the entrance door. It’s “heard” every time someone enters or leaves the cafe.

As others said, it is indeed the sound of the bell on the entrance door. I personally learned it from an animated comedy series on youtube which is actually pretty good for learning jokes/memes/ねた that are popular among the Japanese.

Here’s one of the videos with the sound right in the beginning:
【ゆるふわ】弱肉強食店・・・だと・・・？！

Let’s do it, if we can! I’m GMT +8. I think @Wildjinjer is GMT -5. I’ve been in other read aloud groups and we usually end up doing it on the weekend, with the US participants in their morning, me in my evening and Europeans in the early afternoon.

I watched the movie, and there the door had a set of metal bells attached to it that made pretty much exactly that sound. You know, not the beautiful ones that make a very nice and crisp sound; rather those simple ones that animals like sheep and cows wear in the mountains, a bit like these: 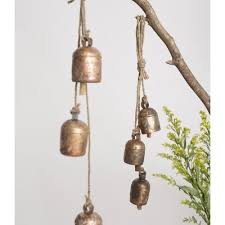 I watched the movie

Is the movie available for streaming somewhere?

I watched it as part of the Japanese Film Festival which (luckily) took place online, so I don’t know whether there are other options, sorry!

Yeah, I saw it at the Japanese Film Festival too (kinda want to watch it again).

Google results imply that it’s available on Netflix in at least one jurisdiction, but I’m not sure which. Possibly Japan and Thailand, if this website is accurate. Not mine, in any case. Be aware that the English name of the film is “Cafe Funiculi Funicula”.

I have seen somewhere that it should be on Netflix in Thailand, but it doesn’t seem to be available there. I switched to Thailand via VPN but I couldn’t get it.

I’d be in as well if it happens.
With the current participant lineup, the „old“ Kemono/Koteki reading timeslot would still be fitting, I think? It would mean the first week‘s reading is on 2021-06-27T12:30:00Z if I recall correctly?

It’s so useful the word list…thanks to the author(s). I’m at page 22 on bookwalker and hopefully I’ll keep the pace.

I’m in Chicago time, in the US. If every tells me their time zones and availability, I can suggest overlaps. But I know nothing about discord.

Sounds good to me!

What time works for y’all?
Could you specify the best times for you in either of these time frames? (These are the times that work for me)