Sorry, but this is actually an issue with the WK API. I have some ideas to mitigate the problem, but it’s going to be a while before I can implement them. To get it working again when it is not working you can reload all reviews through the settings (seems to work better sometimes), or clear the browser cache (which will also reload reviews).

Okay thanks, I had tried with the cache with no success but I will try the reload the reviews and let you know

Thanks! I had the same problem when I tried to run it on my normal computer after a couple weeks of just mobile. Reloading reviews fixed it…for now anyway.

(For anyone else who needs to do this - the script settings are in the regular WK drop-down menu, click on your profile picture on the upper right, there should be a section called Scripts.)

It worked with reloading the reviews! Thanks for writing where to find the option @kimera . I actually struggled a bit to find it, I think it was because I had activated only the Heatmap script (and WOF), and due to not finishing the loading it didn’t detect that there were active scripts. As soon as I activated another script, I could find the settings.

As of today I’ve been getting this error on the bottom. I think the top error is unrelated as it appears even if I disable this script. 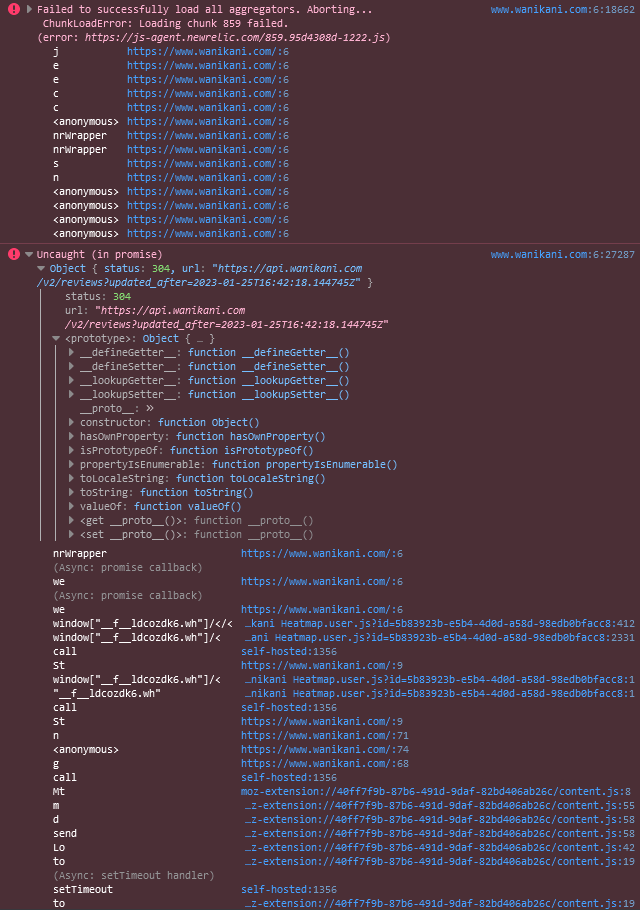 I just did some reviews and the heatmap came back and the error stopped, so not sure what the issue was but it seems to have resolved itself.

Nevermind, I spoke too soon. It did in fact work once but now the same error is occurring.

I’ll look into it when I get the time