Hm, I see. In that case I’m as confused as you…

Was just clutching at straws anyway

That appears to be a Chinese font thing for certain: 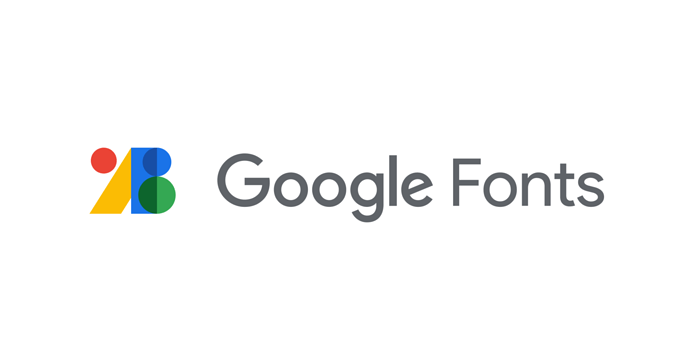 That’s still so odd to me. I still don’t think it’s an issue with my phone, because when I search using hiragana I put in different places, I get different results. Although I am not really an expert on how fonts are used in different apps, so what do I know?

I’m no expert either, but I do know it’s much less complex since the advent of Unicode.

If some apps are rendering that Chinese glyph for the Japanese word, though, they are either misconfigured, or they have a bug.

(No worries about the derail – this is interesting)

It does acknowledge a physical/mental distinction, but notes that thinking about it in that way might not be useful.

Although it also admits that, while it thinks one is correct over the other,

どちらの表現も使えそうな気はします → It feels like either one could be used

Following up with this point,

「にくい」の方が長く使われ、「づらい」がだんだん台頭してきたと考えられます。 → “Nikui” has been used for longer (starting 10th century), and “zurai” gradually rose in popularity (starting 19th century)
また、「づらい」は自分の心理的な抵抗感、「にくい」はやや客観的な困難さと区別する人もいるようです。–> There are also people who say that “zurai” is for mental blockages while “nikui” is for more objective difficulties.

Looking at real-world usage, it seems to be a mix of things. In general, it seems to be the case that にくい is for physical things like characters being 見にくい because they’re small or 使いにくい devices being complicated. However, there are also expressions like 言いにくい which usually means “it’s hard to say this” (presumably not for a physical reason). にくい can be used in 賛成しにくい “it’s hard to agree” or 断りにくい “it’s hard to refuse” (often used in articles to describe people who feel uncomfortable refusing things)

It also might be notable that this old college textbook from 1985 has some example sentences which might lean either way. for instance みち子さんには話しにくい and 高橋さんには知らせにくい, maybe lending to the conclusion that whether or not にくい can be used for mentally difficult tasks depends on the age of the work.
((Note: it’s generally interesting how this old textbook describes Japanese in comparison to current textbooks. For example, it states that “da never comes after adjectives.” Nowadays, we seem to teach na-adjectives as their own form of adjective (as adjectives that work like nouns), but this textbook describes them as adjectival nouns (as nouns like work like adjectives).))

Also take this section from this book from 1993 about some guy and his sayings. The section is titled 勇気を生み出す方法 and contains this quote (which seems to also be a quote?):

In conclusion, I’m very biased, but I think it could still be that にくい is being used for sth emotionally difficult even if in the modern-day it’s almost always used for sth physically difficult. Depends on when the senryu are from and how old the author is

Thanks for the extensive research!

My completely un-researched and unsupported opinion is that は抜きにくいです would normally imply weeds are physically difficult to extract, while a dentist might be more likely to say something like のは抜きづらいです rather than 〜抜きにくいです.

But I agree that it’s unlikely to be a hard and fast distinction. I’m looking forward to hearing a native’s take on this poem.

I’m fairly certain most of these senryu are not more than 30 years old, FWIW.

I’m fairly certain most of these senryu are not more than 30 years old, FWIW.

Then maybe it leans closer to physically hard to pull out? But that’s kinda odd since knowing the name of the plant shouldn’t make it physically harder to pull

My interpretation is that the author has learned the (plant species) names of the ones he’s having the hardest time physically exterminating. I thought that was the joke, not that he had a particular fondness for any of the weeds after learning their names, and found it emotionally difficult to pull them.

Oh, hmm. Although, I thought the thing before the と was usually the condition? And what follows the result

Lol I am too

I think the closest literal translation is

Weeds you know the name of are hard to pull

with the “why” left unstated and up to interpretation.

The わかると is acting on the line above as in the following:

“Even the vegetables that we consume will taste different if we know who is making them.”

Regarding the poem at hand, I suspect most people will go with the “compassion for named things” interpretation.

If somebody said “weeds you know the name of are hard to pull” in English to me, I wouldn’t immediately intuit why. But I’d lean toward the reasoning I gave previously. My interpretations of things are often weird!

Maybe “drew” to match tenses between the two halves of the English sentence?

“Ripped up (remains)” or “torn up (remains)” seems right for 破り, but I wonder if there is a sense of defeat or some other nuance I don’t understand as well.

Oh yeah, that was a typo, thanks!

I took this to be the masu-stem of 破る which is transitive, and so I wanted to use “to rip up sth.” in the same transitive fashion.

I took this to be the masu-stem of 破る which is transitive, and so I wanted to use “to rip up sth.” in the same transitive fashion.

It seems to be often used to mean break or destroy as well.

I don’t know the grammatical term for deriving from a verb like this, but I think 破り by itself is a noun meaning the the remains after tearing something up: like “tatters” or “tattered remains”.

I’m trying and failing to come up with other examples of this sort of thing (but I know they exist).

Well look what came up in my lessons today:

Lottery ticket
Letter of resignation
On a loss, rebound

Lottery ticket. Put in my letter of resignation on a loss. Give in to temptation again

“Ripped up (remains)” or “torn up (remains)” seems right for 破り, but I wonder if there is a sense of defeat or some other nuance I don’t understand as well.

Google’s dictionary said 抵抗になるものを突き抜ける which I interpreted as “piercing something that you have a resistance towards,” kinda like giving in
But looking at the other definitions on like Webilo, I think I might have just misinterpreted since it seems to generally involve some sorta change from the current situation
Except maybe if it’s in line with 6. 守るべき事柄にそむく。きまりや約束などを無視する。cause that’s kinda like breaking sth you were supposed to follow or ignoring a promise (to yourself about not returning)
Google images shows lots of walls and paper breaking, so it’s prolly the ticket literally being broken?
Edit: Looked at NicoleRauch’s translation and that does make a lot more sense. Like the letter of resignation being torn up again (cause they can’t resign from their job)