A rather loose translation for the sake of trying to fit in a similar wordplay, though it’s not as good as the original’s:

That’s pretty good. I didn’t think there was any way to get even close to translating the pun.

We’ll see if anyone comes up with anything better, but I’d just assumed we’d have to use the Japanese words without translation (explaining the joke in the notes).

That’s a great translation, as opposed to transliteration.

Your version prompted me to think of these alternate wordplay-based last lines for it:

depending on whether you prefer the parallelism with line one or to keep the syllable count.

No hints, I’m afraid. Once again I can read every word, but I’m completely mystified regarding the meaning for the moment. Direct translations are still preferred, but meaning notes must be included with your submissions!

Okay, this one is a real spoiler. Frankly, I cheated! I just googled the entire senryu to see if anyone else was as confused as me. What was the single word?

I discovered this one came in 10th place in the 2021 salaryman senryu competition, submitted by “White Crow” (a 60 year old male).

After carefully deciphering the description with many unfamiliar words describing the feelings evoked (e.g. ほろ苦い or bittersweet), I was left just as bewildered. Then my eyes finally focused on the image that had become completely invisible as I read the words: 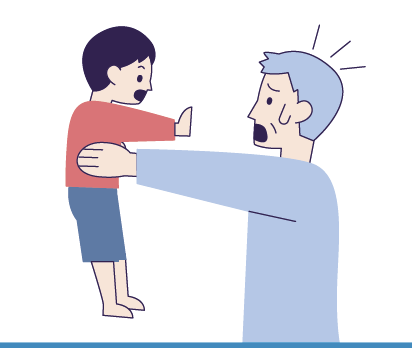 I think the word was 「マスク」

Edit: Nope. See the reply from @Myria below.

Online tools like dictionaries, sentence databases, and even AI translation engines are fair game and can be extremely helpful. Yomichan is particularly handy if you use the Chrome or Firefox browser. The is also an excellent resource for researching the etymology of various words and expressions.

What was the single word?

I’d just assumed that was the “secret” connotation . In my defense, I’ve not been to Japan since February of 2020 (right after the plague started). I didn’t even know of the “dense, thick, crowded” connotation, much less the Corona usage.

We have sufficient explanations above if anyone is still struggling.

Still waiting for the first submission. It’s become an exercise in English!

I’ll accept turning into “two words” if it helps.

This one is hard. I don’t understand it yet (and had to look up a couple words). I could figure out what 生放送 meant, but didn’t realize that it was phrased that way (exactly the same as English!)

Online tools like dictionaries, sentence databases, and even AI translation engines are fair game and can be extremely helpful. Yomichan is particularly handy if you use the Chrome or Firefox browser. The is also an excellent resource for researching the etymology of various words and expressions.

I should have waited 10 more minutes. I didn’t notice you were posting as I was editing!

Honestly, I think this が is “but”

I like “Gramps,” and as I mentioned the “two words” thing isn’t really a cheat (it can apparently mean “a few words”). A 5-3-5 is interesting, too, but I’ll stick with my 4-5-4 (mainly so I can be lazy and avoid editing today’s message).

I should have waited 10 more minutes.

Nah no worries. Had some time to kill waiting for my carpool and saw there wasn’t an entry yet.

Just noticed that I unconsciously used Kansai-ben (I’m surrounded by it).

Not at all sure about this one - I went with “a certain…” for とある. The resulting translation is wobbly, but the best that I can muster.

) as I was on the road, but looked up 密です anyway and found this definition, which is in line with @Myria’s youtube video, and, further, explains it in full. The 3密の回避 are: the “Three Cs” - closed spaces, crowded places, and close-contact settings

The three C’s!! Lol. I’m absolutely forwarding that to some old co-workers of mine.

When I was a young engineer graduating by the skin of my teeth, I interviewed with Mitsubishi Semiconductor America, Incorporated (MSAI) which was just opening a semiconductor foundry in Durham, NC (right around the corner from Cats Country store, which made for quite the contrast).

This was back in the “Japan, Inc.” days. The CEO, Watanabe-san, was a real character. He kept a 4’ x 6’ portrait of himself hung over the fireplace in his home. He created a motto for the company called “The Three C’s, with thanks”. They flew in a bunch of recent graduates from schools up and down the east coast. Unlike me, most were from prestigious schools and had impressive GPAs.

There were about twenty of us sitting around a conference room table waiting to be called in one-by-one for our interviews. They gave us an our to prepare before they started calling us in. The entire interview was going to comprise of just one question: What do “The Three C’s (with thanks)” mean to us? This was somewhat different from our experiences interviewing with US companies.

If I remember correctly, the first C was “creativity.” The second was definitely “cooperation.” The last, believe it or not, was “cleanliness”! I don’t remember what exactly I blathered on about for the entire 45 minute interview, but I got the job. I do remember the awkward pause after finishing up my spiel on the importance of “cleanliness” to a semiconductor foundry (“not just in the fab, but in our business dealings, yaddah yaddah”). Eventually, the interviewing manager prompted me: “And what about ‘with thanks’?”. Caught me off balance but I made something up on the spot.

[Edit 2: My memory has clearly faded. It was Cooperation, Communication, and Cleanliness with Thanks. See below.]

I remember the group of us riffing on puns as we were waiting: “three peas no thanks”, “three beans with franks”, …

I also remember the mortified expressions on all of our newly degreed hot-shot engineer faces when we first received our first business cards … with titles of “Engineering Trainee.” They don’t teach humility in western schools.

The Three C’s, with thanks

Hah. How Japan has changed since those times - from those 3C’s to the 3 密/C’s of the pandemic.

I’m almost sure I recognize one of the guys in the photo - worked with him for about a year in Boston in the 80’s, after he left Mitsubishi and joined Lotus.

I know every name in that photo. We all became quite close.

The only one I know for certain was in the Boston area was named Sean. He and his Japanese wife at the time had twins, and his father owned a hardware store. That the guy? [Nope, ppor memory again, he spelled his name Shaun, and he was from NJ.] If not, which one?

You know Hilmi! A Turkish guy who did very, very well for himself. Both he and his (I believe now ex-) wife were in Japan with me at the time. What a small world!

Edit: Also, in case it isn’t obvious, I’m letting 193 go for another day in case someone has an alternate translation.

My association with him was too brief for a sustained relationship… lost touch with him after I left Lotus, within a year of his arrival. I did recognize him in your picture.

And, yes, I hope someone else takes a stab at 193 and comes up with a good explanation - mine feels lame.