Out of topic, I was randomly thinking about when I’ll start reading 進撃の巨人 and was also wondering how will I be able to survive without a book club… do you have any suggestion about that? Is there a place where I could ask questions on that theme here on the forum? i couldn’t find an AoT BC, maybe it exists and I missed it (search function is my enemy), are you aware of anything?

I’m not aware of a currently existing book club. You could always nominate for it selection in one of the book clubs (not sure of difficulty off the top of my head, but I imagine it leans more BBC than ABBC. Maybe I’m wrong about that though!), and see if there is any interest in it.

Reading on your own can be a difficult thing to start, but once you get used to looking things up as you go, it’s a big boost. I learned a lot from reading 五等分の花嫁 on my own, but I definitely had some phrases that took me absolute ages to find information on because sometimes a character would take an existing idiom and slightly change it for the purposes of exaggeration or a joke. (An example that didn’t take me as long to figure out, but stuck with me anyway is: 猿山の大将, which was comparing a group of people comparing some mock test results to the children’s game お山の大将 (basically “king of the hill”), but making it even more denigrating by reducing the 山 to 猿山, which is a fake mountain in a monkey enclosure).

I doubt if Attack on Titan will have anything quite like that, given the tone of the series, but yeah. When you decide to start reading things on your own, you’ll just need to brace yourself for coming across odd things here and there, and having to do some investigation on occasion. Figuring out what to look up is always the hardest part, but seconding what @ChristopherFritz says, you start to get a feel for that fairly quickly.

Also, your translation is correct for the most recent post you made.

The “grammar point” + ‘grammar’ google search is definitely the way I’m walking, even tho, as it is now, i’m afraid I’ll come across things I won’t be able to translate this way…
anyway, before moving to anything else I’ll keep putting the 100% of my effort on takagi-san till I will either be able to consistently read chapters in an hour or two, or I’ll have caught you guys on volume 7… by then I hope I’ll be at the absolute minimum level to begin approaching AoT.

Actually I don’t have any idea on how difficult that manga really is, I bought it blindfolded because it’s one of my all time favorites, but I won’t be ashamed to set it aside if I should realize it’s too difficult

About Detective Conan, I loved the anime and would like to eventually read it too, maybe in the next years…

head, but I imagine it leans more BBC than ABBC.

Oh yes, it’s certain that it is out of ABBC, I hope it won’t be too difficult as next step from Takagi-san even tho if I wanted to play it carefully I should’ve definitely went with something in between these two

I’m worried so much about these

Figuring out what to look up is always the hardest part, but seconding what @ChristopherFritz says, you start to get a feel for that fairly quickly.

Definitely want to invest time on this part and make it more efficient possible!

Also, where exactly can I nominate the AoT book club to see if there’s any interest? i have no clue

Since it sounds like you’re already familiar with AoT, one thing you can do sometimes if open a random volume you own, to a random page, pick a random word balloon, and see if you can understand what’s being said.

There might still be a lot of unknown vocabulary, but the more you read in the book clubs, the easier the grammar will get over time.

There might still be a lot of unknown vocabulary, but the more you read in the book clubs, the easier the grammar will get over time.

About this, it’s not a problem. Already with takagi-san manga almost every vocab is unknown

Assuming it leans BBC, you would want to nominate it in the home thread for that. Just be sure to read the opening post to make sure AoT fits the requirements (there are some length limits and such), and copy the nomination template so that everything is formatted correctly.

Checking the Natively level, it is 29, so it may end up on the upper end of that club, but when you nominate, you put in some example pages, so the club will be able to judge the difficulty from that. If it is a bit too difficult, they will just suggest you nominate it in the Intermediate Club instead. You can cross that bridge when you come to it, though.

Thanks for the suggestion!

I just noticed that on the list of the books of BBC there also is Death Note… it’s weird, I thought it was quite harder than AoT and this is also said in the reviews on natively… maybe I have some hope
Anyway, I doubt I’ll read it if it ends in the intermediate book club, right now the word intermediate scares me…

You have no idea!

The 言 kanji looks different tho

Some kanji look different on a computer font than how they’re typically written. The

style is how I learned to write it in high school Japanese class way way back in the stone age.

Also, where exactly can I nominate the AoT book club to see if there’s any interest? i have no clue

There’s also checking for interest outside of the main clubs. But this is more difficult to get together, and you’ll likely have a smaller number of readers. Either way, I’d recommend waiting until you feel you are more ready to read it before seeing if there is interest, so that will give you plenty of time to observe others.

And sometimes you just get lucky. There is a manga I’m planning on reading. Recently are a few others have posted in their study log or in the “read every day” thread that they’re planning to read it sometime. Even if it’s just three or four people, we might put together a book club thread for it, and if anyone else is interested they can join in.

Regarding the kanji looking different, welcome to the world of handwritten kanji/kana. 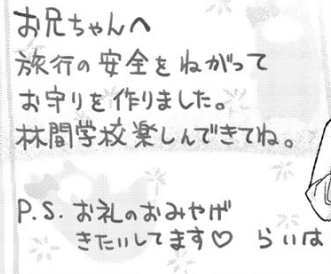 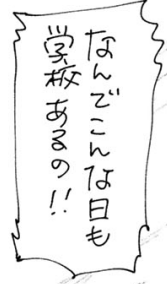 Either way, I’d recommend waiting until you feel you are more ready to read it before seeing if there is interest, so that will give you plenty of time to observe others.

Some kanji look different on a computer font than how they’re typically written. The

style is how I learned to write it in high school Japanese class way way back in the stone age.

I met a couple of times written kanji that were quite different from the typed version, learning to recognize written japanese looks tough

I also wonder why it came up with such many differences between written ones and typed ones.

Even if it’s just three or four people, we might put together a book club thread for it, and if anyone else is interested they can join in.

To me 3-4 people looks more than enough to make a book club, I mean I’m currently the only one reading Takagi-san volume 2 but thanks to a couple of people

How the hell was that わ written

The pictures you linked… I could barely understand 3-4 kana, how is it possible for a non native to get used to that?

Totally agree, I won’t start with AoT till I don’t feel confident, I’m not saying comfortable because if I don’t take that step it will never happen but I won’t definitely approach it if I feel it would be a hell… let’s say how I found Takagi-san at first or a bit easier would be acceptable, maybe

how is it possible for a non native to get used to that?

Is it common use?
Is it being done in that exact moment?
Or else?

There are some sites where you can quiz yourself on different fonts for kanji and hiragana.

I don’t use them, but I sometimes recommend them to my students, at least the hiragana one, since it helps with the different forms of りきさ, etc.

But yeah, you’re just trying to speedrun the natural process of reading and getting used to it.

After a certain point, that level of recognition kinda just happens, or at least it did in my case, after a lot of reading.

This is what concerned me about the written japanese and the differences between it and the typed version, I guess it would need quite a lot of specific practice, without mentioning that it’s not as easy as scanning the text with google translate or simply typing the kana and choosing between the proposed kanji
I don’t doubt that if you need/want to learn it, you’ll end up succeeding, but in which instance did you encounter so much exposure to written jap?

and some I had to look up radicals I could recognize to find the kanji in a regular font to compare it to because I had no idea what it was.

Now that I compare it, there are some things easily recognizable, and others are simply insane…

First, you have a typo here, it isn’t ない, it’s な, the sentence ender, not the negative.

Basically the same way we use ellipses in English, or end in a conjunctive without any intent to actually finish the sentence.

Great, thanks for the corrections

Edit: can someone tell me how to write in the font withe the horizontal line in the mid of the words? (Don’t know what’s called)