Poking through Google suggests that 2-across could be タイヨ

I don’t see how that would タイヨ - the clues are all things regarding a job; salary, raises, uniform, travel expenses. It looked up taiyo and it said loan.

Gah, I just worked out the clue for 19-down. It’s the opposite of 18-across spelt backwards. Or in other words, ウチ.

yea I had that already.

I don’t see how that would タイヨ - the clues are all things regarding a job; salary, raises, uniform, travel expenses. It looked up taiyo and it said loan.

yea I had that already.

Oh, did you? I didn’t write that down. And it occurs to me I’ve not posted a filled-in grid at all.

Ahh gotcha. Yea they were all job perks. I didn’t realize it was filling in the term. Ok that works then.

Ok, here’s my grid as it currently appears. Let me know if there’s anything you thought we’d answered still blank.

Wondering if we’ve been working at this one long enough that I should just finish it off from the answers and move on to the next one. 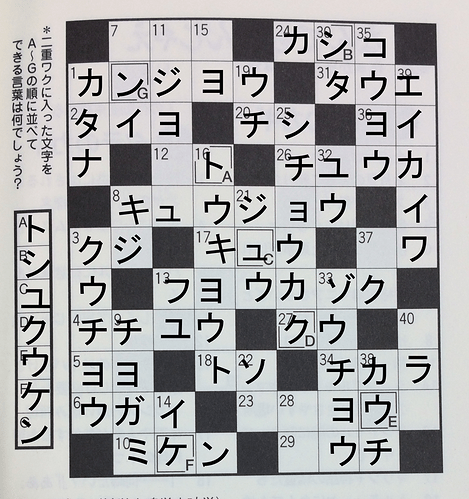 Yup, that’s what I got. I say we agree that we have been defeated, get the answers, and start fresh from the next one.

Ok, here’s the remaining answers. Still, we got the secret magic word, so that counts as a win, in my mind.

Think the first think to do is to make sure we understand why those are the answers (though I reckon that for several of them, the only reason we didn’t get it was because there were about umpteen possibilities in the dictionary and we couldn’t narrow them down at all). 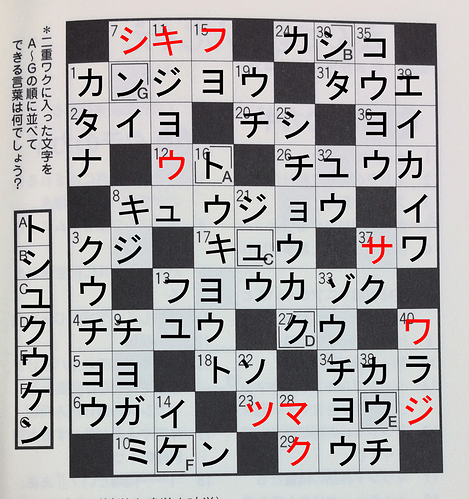 7-across appears to be someone’s name, only without the dakuten. Not sure how we were gonna get that.
11-down, I think I’d hypothesised 生醤油 as a possible answer, but I think that was only because it fitted the cross words, and I’m not clear as it how it fits the clue.
Don’t get 37-across or -down at all.
29 was pretty much what I expected, but there were several similar options so I wasn’t certain
I feel like 28-down is a theatrical technical term…
12-across, I am completely perplexed.

ok onward and upward then!

Indeed. Have at it: 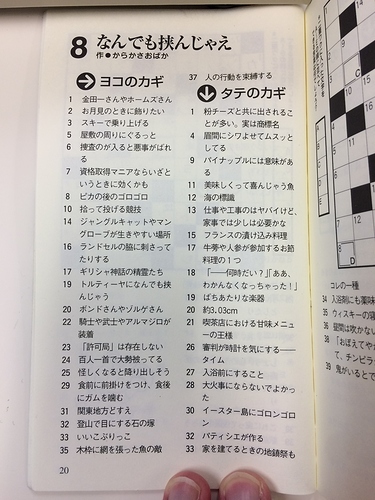 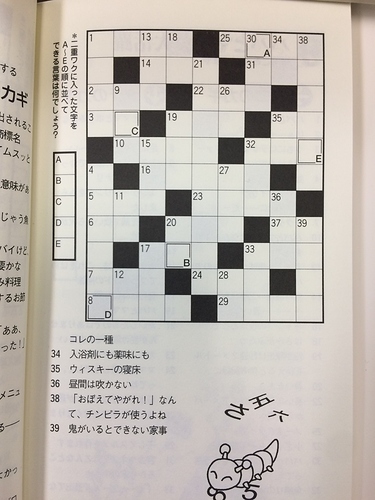 Ah, I meant to look that one up when I spotted the clue, but forgot. Nice going.

30-down is certainly モアイ, which means ヨロイ is probably correct (by elimination). I can see why you’re unsure about タコス, though, but that might be because I feel like I’ve not quite understood the clue.

I’m pretty sure 21-down is some manner of parfait (i.e. the last three characters are パフェ). To that end, I reckon 17-across is ニンフ. I feel like solving 24-across is going to require some knowledge of the Hyakunin Isshu - all I know is that they’re used in karuta. So maybe エフダ would work? That’s an absolute guess, though.

14-across… インド? Though maybe not. Just ocurred to me that チョコレートパフェ would fit 21-down…

I confess I prefer タコス to ラップ, if only because it fits my pet theory. Which, I confess, is a little bit dangerous. That and タコス makes 26-down ロス, and ロスタイム is in the dictionary.

Using my typical process of a series of increasingly tenuous guesses, I’ve come up with these answers:

Trouble is, that leaves nothing at all in my dictionary that fits in 15-down.

Meanwhile, I suspect 35-down is a pun I’m not really getting.

Tacos aren’t made with tortilla’s though but it’s Japan so maybe they don’t distinguish between the two.

Tacos are, traditionally, always made with tortillas - the hard-shell taco is a US invention. 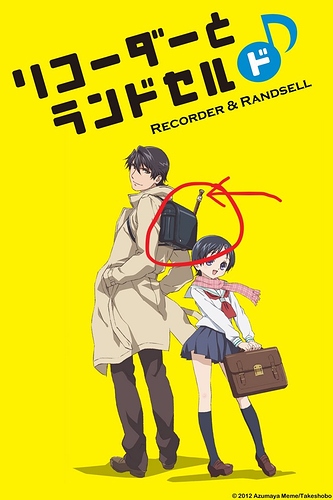 Gah. I was staring at that one trying to figure out what blew at night. Didn’t even consider trying to stick 夜 and 風 together to see what would happen.

By the way, I just noticed that it’s actually リコーダー on the picture (wich seems to be an alternative form of レコーダー). I don’t know if that affects 15-down, but sometimes one letter makes a huge difference