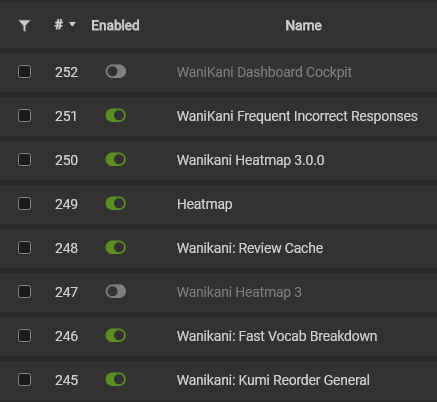 Haha, I bet those are mostly dashboard ones though, right? 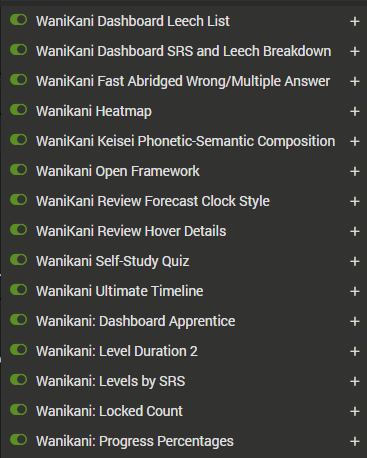 How many of those are different version so the same script for testing though?

I think a lot of these are prototypes of some of my other scripts, though. And I’ve tried most of the script made for WK, though I am not using anywhere near all of them

Oop, ninja’d exactly that in as you were replying

How many of those are different version so the same script for testing though?

Just in the screenshot you can see “Heatmap 3.0”, “Heatmap”, as well as “Heatmap 3”, haha. The former two are actually companions, though

Also review cache is part of the Heatmap script, haha

Looks at own scripts

She has it disabled, so it probably makes the site catch fire or something

You don’t need it, but I’d like to offer any front-end assistance you may need. JS, CSS, whatever…
plz

According to my keyboard, you do some combination of pushing, pulling, tagging, and merging… I’m not sure which or when. 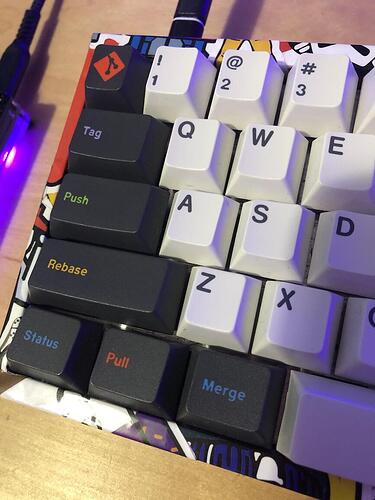 we have the same keycaps (well mostly)… 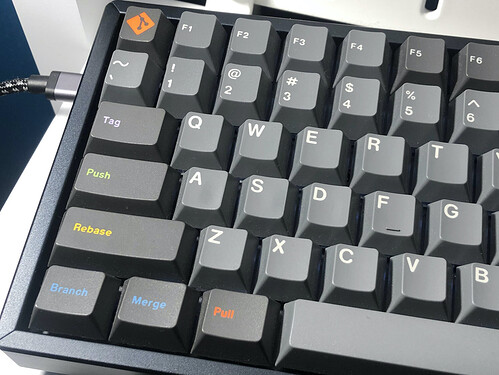 I need to stop ordering IDE themed sets, I’ve got GMK Nord on order, which is a waste because I’ve also got GMK Bento on order and am more likely to use that… too many keycaps. The MK blackhole is deep.

(I know this isn’t script related)

Where did you get GMK Bento?
Drop have been out of the set for what seems years.

I don’t want to resort to hiragana keycap stickers

also, are you sure the space bar isn’t upside down?

Where did you get GMK Bento?

I didn’t realise that Biip had ever run Bento on DROP, hmmm.

Regardless, it’s currently on group-buy until the end of the month and CandyKeys is the EU proxy, so you’re just in time if you want a set, haha. I went all in and got the base set, 40% kit, novelty set, spacebar kit, and two mats… oops.

also, are you sure the space bar isn’t upside down?

Flipped spacebar club is where it’s at - I find it very uncomfortable to use a Cherry profile spacebar the normal way round. I find a lot of people flip theirs too, based on what I see on /r/mk

Hello I am nathalire and I abuse scripts

Hello I am nathalire and I abuse scripts

And like magic, a chorus of ‘Hi NathaLire’ erupts as if from nowhere

Pull up a chair, it’s a safe space.