Aye, that still falls until the same umbrella that’s preventing me from doing the usual time.

Man, this one was a bit harder than Flying Witch

Is this how you read?

I went to Kinokiniya today, intending to get volumes two and three (planning ahead!), but tragically they only had two and four (and six, seven and eight), but in a fit of combined optimism and pessimism, I went ahead and got both.

And also the Yuru Camp Anthology volume one. Haven’t unwrapped it yet to see what it’s like. And also volume eight in English.

Ah, I was going to see if I could find a copy of Mono. Curses…

Volume 3 was also missing at Book off. I wonder…
but nah, we can’t blame that on the book club.

Read volume eight last night. Love it much. The translators notes pointed out that Saito’s dog is named チクワ because it literally resembles チワワ. I… can’t believe I never noticed that before. Whether or not it’s actually true.

that Saito’s dog is named チクワ because it literally resembles チワワ. I… can’t believe I never noticed that before. Whether or not it’s actually true.

I thought it was because it literally looks like 竹輪, though. I need to check the anime or something, but I have the image that it looks like a tube, white in the middle and brown at the extremities… 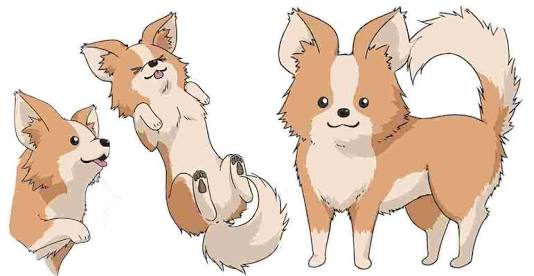 Oh yeah, he’s named for chikuwa. I do rather think that チクワ resembles チワワ a lot more than 竹輪 resembles Chikuwa, though.

I voted September 26th mostly cause I am trying to catch up with Kiki (delayed shipping) and that is taking a lot more effort than I anticipated. I see the majority prefer September 5th, which is also ok by me

But I think given how huge the majority is voting for the 5th, the 5th it shall have to be.

@Naphthalene are you happy to continue doing the weekly upkeep, or would you like somebody else to take that over? I can make the thread this weekend.

Sure! It’s not that much, compared to the other book clubs I have to manage. Thank you for making the threads themselves (especially typing the schedule), that’s honestly most of the heavy lifting.

Now that I’ve voted to start in early September, I probably should make sure I can actually get the book by then. Last time I checked Kinokuniya, they were clean out. Of everything Yuru Camp.

I think. It’s sometimes hard to tell - the manga section is supposed to be in English alphabetical order by the title of the manga (in Japanese), but they’ve got YA and YU and YO all over the place.

Last time I checked Kinokuniya, they were clean out. Of everything Yuru Camp.

Same at book off, I had to order a new copy

I think. It’s sometimes hard to tell - the manga section is supposed to be in English alphabetical order by the title of the manga (in Japanese), but they’ve got YA and YU and YO all over the place.

I get totally lost in there. I always have to end up asking where something is.

Is it obnoxious to post this in the current off-shoot clubs as well? I’m too tired to judge, so let me know if you think this is overkill

I was thinking it might make sense to be a little more targeted about our voting, so…

Just in case anybody isn’t aware, the Beginner Book Club are currently voting on our next pick! If you’re interested in taking part, make sure you vote:

Vote for the next book now! Who can vote? If you are interesting in joining the next book club we run, you can (and should) vote! Please look under “Current Proposals” in the first post for more details on each of the options, including links to sample pages which will help you gauge the difficulty. Please take difficulty into account Some people do find that reading something they love or know already is motivating / makes it easier, but please be realistic. Don’t just vote for your favour…