A bit late, but I managed to finish this week’s chapter for Week 2: 佐賀のがばいばあちゃん 👵🏼 (read 8 pages). Now I can finally read the comments in the thread

Today I read another chapter of コナの大ぼうけん. I’m learning more with less effort reading on Satori Reader than when I’m reading よつばと！ and translating so I’m reevaluating my approach to reading in light of this. I’d like to keep reading よつばと but for now I’ll make it a weekend thing while reading on Satori most days and see how I like that balance.

Finished chapter 10. Thoughts: Fellow servants’ perspective on Maomao: A pitiful girl, must protecc. Maomao’s thoughts on yabuisha: Good person, but horrible doctor. Maomao about Jinshi: Beautiful, but an annoying slime. I liked Maomao and Gaoshun’s interaction, they seem to get each other.

Preparing for exams, very endeavor, I ganbaru, much tired.

In the end I did feel that this section dragged on a bit, and I didn’t particularly like where it led, but I can’t be too disappointed because there really were some hilarious moments in there. 「まるでヤクザね]

I felt a little bad for 幾子, especially when her looks were being criticized, but she really was rather insufferable, and seemed perfectly unable (or unwilling?) to read Katayama’s indifference to her.

A bit early for me today but I might not be able to post later so now! I finished another bad end and started one of the last two major forks I have left

The end is getting more and more in sight and things are really about to go down, I’m sure.

) and it was totally fine! If it was a section with a bunch of weird vocabulary it would’ve been different, but as it was I was totally comfortable following along at that pace, so that felt pretty cool! Makes me think I should probably try watching anime and such more, subtitle pace might be less of a problem now. Progress!

After a busy day at work, I have absolutely no attention span at all this evening.

Luckily I’d already read 13 pages of ふしぎねこのきゅーちゃん during my lunchbreak today!
I managed to read a chapter of しろくまカフェ this evening too, so I’ve managed to do a reasonable amount of reading altogether.

Oh thank you so much, haha. It’s occurred to me a few times but I somehow never end up actually changing it. Super glad Satori Reader is already working well for you. By the way, because I forget how upfront they make this part: if you have questions beyond their explanation, you can post them and they’re great about responding to anything with detailed answers.

Hey April Birthday Reading Crew! I want to join in. My birthday was/is on April 12th

Happy belated birthday to you too!!!

A little better overall, today I read ~5400 characters and it wasn’t too awful. Slowish, but fine. Early on there was some whacky vocab… gotta know about 一斉射撃 (いっせいしゃげき), “volley firing.” Somehow that didn’t make it into Genki back when I did those books. The one particularly hard section, which luckily didn’t last too long, was a harsh rebuking of チャーハン cooking techniques. Specialized vocabulary really brought me back to those beginner days of literally 6+ unknowns in a sentence, oof. Otherwise I did fine though, and there were some nice longish sentences with words I know well enough by now that proved that I can feel out a little more grammar better, and that I’ve learned a lot of words in the past month or so. Whether through coincidental WK levelling or SP vocabulary, there are some words I’m running into nonstop recently, which is nice. 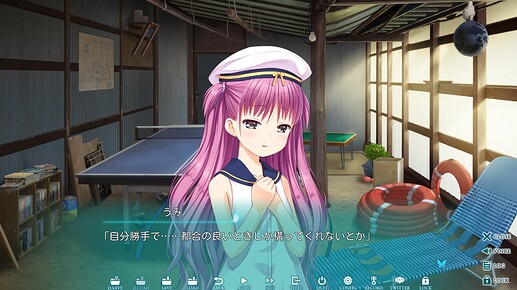 The story is taking its turn into seriousness more or less now. Parenting is a clear theme going on with this one. I don’t know how hard it’s going to lean into it, but there were a few suggestions of touching on work turning Japanese dads borderline absent in their children’s lives which I’m here for if it wants to really go there.

Two new words/phrases that excite me today. First, 腹の虫が鳴く (はらのむしがなく), to rumble (stomach). So… the stomach bugs are crying? I love and hate that. Second, お袋の味 (おふくろのあじ). Super straightforward, mom’s home cooking. It’s a sweet one.

And with that, I’ll keep reading something that isn’t Summer Pockets as much as I can, shouldn’t be breaking the streak, but after today I won’t be updating for a few days. See ya again soon.

I swear bugs come up in the weirdest places (for me) in Japanese. 虫がいい (selfish) and 虫が好かない (dislike) I always forget the meaning of and either have to guess from context or check. 虫の息 (dying breath) comes up a lot and always makes me giggle during inappropriate scenes. There’s a whole bunch of 虫 related ことわざ (see here) which makes me think bugs are the horses of the East…at least for idioms

Yet another bunch of busy days… Been feeling extremely exhausted - really looking forward to getting some extra sleep over Easter. I could only bring myself to read one or two NHK easy articles daily, so I don’t feel like I have much to report on. Though I did find this incredibly cute one today: の 「スナドリネコ」のちゃんが 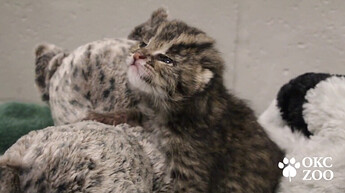 Just how fumken precious are these lil beans. I can’t get over the video of them squealing and fighting. Best damn article ever

I read chapter 10 of 夜カフェ today, the first time I’ve read a whole chapter on a workday! やった！

Also I think I read an NHK article first thing in the morning (Todai pops them up on my phone’s notification bar) but I seriously can’t remember what it was about. That’s the problem with reading pre-coffee.

Oh wait, it was the same article @Greti33 read!

Did I hear you say that you wanted to do even more browsing spree?

Two can play at that game …!

Have you checked out miraibunko.jp yet?

Another day, another mission. Not a lot of vocabulary again. The game is fun and all, but language wise… I don’t think it’s going to teach much. Not because I know everything, which I definitely don’t, but because dialogue is rather short and super fast, and there’s no way to stop it so I end up missing words that are worth looking up. I understand enough to see what I need to do in the mission and some more details about the story. But all in all, I don’t think it’s being very productive. I don’t know, we’ll see.

Another small read today. I have a headache from looking at computers for too long, whoops so I’m not going to write much today

I will say that my favorite moment of reading today was correctly intuiting what 二分音符 and 八分音符 meant. I like learning musical words

My birthday was/is on April 12th 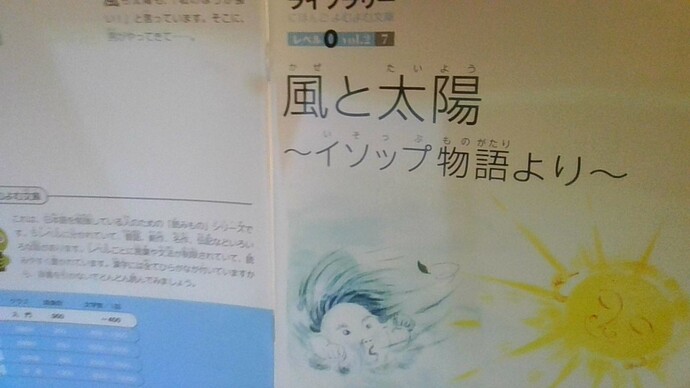 I read the first nine pages of Level 0, Vol.2, Book 7. It’s the old fable of the Sun and Wind trying to prove who is stronger by getting a man to take off his coat.

Finished chapter 14th of my current book. One left!

There was one sentence that really slowed me down and I had to research it for several minutes before actually giving up =T.T= It’s been a while since I felt this lost, and it’s very frustrating. Thankfully, it wasn’t critical to understand what was going on in the story.

Fun vocabulary I ran into:

Oh no, I have not. What have you done. See you at the end of this rabbit hole

But wow, Mirai Bunko puts in so much effort into their promotional videos! I’m super charmed. I’m also seeing similarities in themes between the different publishers. Time to prioritize what to get so that my wallet doesn’t cry in agony.

There was one sentence that really slowed me down and I had to research it for several minutes before actually giving up =T.T= It’s been a while since I felt this lost, and it’s very frustrating.

Oh gosh, post it here next time. Several of us like to take a stab at them, myself included

Complex sentences can be like working out a little puzzle, more so if the person doing them isn’t mid-interesting-story at the time!

Gonna count the 20 pages of Spy x Family I read at midnight at the start of the day. I’m up against a deadline and have no time for anything else beside bedtime revenge procrastination. Probably gonna read about 20 pages as the clock ticks over.

No progress on graded readers today either. Hoping by Saturday everything calms down.

Thank you for the mwehehe. That’s one cute durtle! I have been feeling a bit down for a couple days, and it somehow helps me feel better.
I read something stupid two days ago, and it’s been affecting me way more than it deserves to. Sadly, that also means that I’m not really in the mood to reread 薬屋のひとりごと.

日本語: I read some of ミニスカ宇宙海賊 and some of 鋼の錬金術師.

中国語: I read an intermediate entry on Mandarin Bean and one page of 骑士幻想夜.