Back from my trip!! There was practically no service in the camp, but I still managed to get some reading done. Since I couldn’t access the internet at all and I have nothing on my phone, I tried reading かがみの孤城 raw (because there are far too many words and phrases I don’t know in 君ノ声). It was surprisingly not too hard to understand! Of course there were words I didn’t know, and some parts I didn’t get, but not overwhelmingly so, and I could get what was happening. I read up to page 19, but I’ll probably reread them quickly later with a little help for unknown words/phrases.

I got lots of reading done today, in both Japanese and English lol. This evening I really felt like getting immersed in a novel, so I picked up a book (in English) and couldn’t put it down until I finished the whole 315 pages. Three hours gone

.
I just finished reading half an hour of 君ノ声, from page 50 to page 80. Which is less than it sounds, because a fair amount of pages didn’t have many words.

I didn’t think I would like 君ノ声 all that much, but it’s actually cute.

Thanks for going to the trouble of finding this, I appreciate it! This 来る verb is just too versatile for my sanity.

I’ve seen とくる/ときたら like in the example sentences in your quote, and it’s almost always “when it comes to” in my mind.
Searching a little better in my Handbook of Japanese Grammar Patterns I found ときているから after all (it’s in this exact form in my second sentence), and it’s:

Used to talk about a person, thing, or situation with extreme characteristics. Expresses that the present state of affairs is a natural outcome of those characteristics. Means “since it (s/he) is so…what else can be expected?” Used mostly in spoken language.

So basically more or less what JLPT sensei said. But this still leaves the other two. It’s certainly emphasis of a kind, but the exact nuance is still escaping me.

April birthday crew represent! Mine’s at the end of the month (29th) and by that time everyone’s tired of April birthdays and the May birthday peeps want to get started

Last night I read 19 pages putting me at midway through 4.3 or 89% done. I admit I kind of skimmed the big scene being hinted at last night. I think the story overall has not been shaping up very satisfyingly for me, haha. It’s not bad, but my impression is shaped heavily by the author’s later works - it’s not what I thought I was walking into.

About ama divers「海女」who can’t go out to sea because of sharks and a big snake that’ll eat them, there’s also a magical princess who lurks at the bottom of the sea.

I was going to skip mentioning the exact day of mine, but now that I see this coincidence…

You cannot escape the birthday wishes
Happy birthday for yesterday!

My birthday was/is on April 12th

Today I had a bit of time and it turned out I spent all of it reading.
In the morning I read from page 30 to 37 in 魔女の宅急便. Kiki now left home and the adventure is about to start. I still have trouble with the book but it is getting better very slowly.
Later on I decided to continue レイトン教授とふしぎ！なぜ？科学の話２年生. I read question 22 and it was about why iron is magnetic. Maybe I’ll continue reading one per day so that I can finish the book and eventually sell it again.
In the afternoon I also read the three episodes about ジャム屋さん on Satori Reader, which was a quick and easy read.

Also, thanks for all the birthday wishes!

I may not have caught up just yet, but that doesn’t stop me from posting anyway! 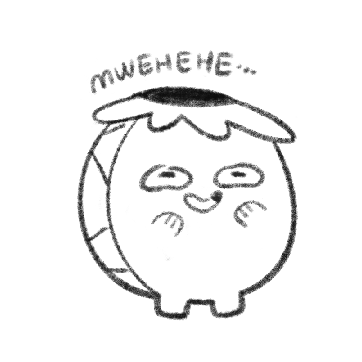 Actually your reply (and link) was very useful to me, thanks for posting it. I think I’m gradually getting a clearer picture of ときて. I’ll need to look at it all again more carefully, but for now, the rough translation “on top of that” (rephrased as required) works well enough for me.

Finally a single-day update. Today I had a lot of energy and time, which is the ideal condition. I’ve read 9 pages of 夜カフェ in about 1.5 hours, which is a great pace for me, a page every 20 minutes, with me doing other stuff at the same time even.

Replying to the post before last since I broke the reply chain with that one… Last one is here.

It been a bit over a week, always a bit of a struggle to post again after a long break like that.
I have been reading every day though! To keep it a bit less bulky, I’ll just do a summary of what I read in that time rather than daily breakdowns.

Also started reading ハピネス with the current ABBC: 0% → 29%. The thread kept popping up in my forum feed, and I was frustrated as I wasn’t participating in it, and there’s still a month before the next ABBC. So I decided to jump in. This manga is much more interesting than graded readers for first year school students

I feel like I should start doing something about the new words I encounter, because I feel like an impostor otherwise

Words I added to SRS today:

I feel like I should start doing something about the new words I encounter, because I feel like an impostor otherwise

About that… When I first started reading, I did nothing at all about all the new words I encountered (so many!). After a while I started adding them to lists in my dictionary app(s), and from then every once in a while I conscientiously load them to Anki. And then…

Yeah, that’s as far as I ever got. Many books later, I still haven’t actively reviewed even a single word. I do run into many of them all the time though, and many have ended up sticking. And many I’m sure I’ll keep looking up forever, getting sick of them before I even remember what they mean. But reading a lot is its own srs in a way, right? Or at least way more fun.

But reading a lot is its own srs in a way, right? Or at least way more fun.

Agree on both statements! Some words ended up sticking, even though I made no conscious effort to learn them. And some (especially り-adverbs and “helper” words like どう*,そして、だから…), I keep having to look them up again and again.

And now that I am home, I can reveal that my “busy” period was traveling. Practicing safe internet habits by not saying I was gone from home. Go me?

I just read my bit of Japanese for the day, finishing the fourth booklet in volume 2, level 4, Ask Graded readers. I have a lot of fun things to share from this booklet that covered bizarre, but real events/crimes that have happened in Japan and one in Canada. (So the third non-fiction booklet in this volume.

Every other volume have one, but this one has 3? What happened?!)

I will share tomorrow. I drove 4,5 hours today to get home and had to cap it with grocery shopping and some unpacking, etc. So me tired

A bit late, but I managed to finish this week’s chapter for Week 2: 佐賀のがばいばあちゃん 👵🏼 (read 8 pages). Now I can finally read the comments in the thread

Today I read another chapter of コナの大ぼうけん. I’m learning more with less effort reading on Satori Reader than when I’m reading よつばと！ and translating so I’m reevaluating my approach to reading in light of this. I’d like to keep reading よつばと but for now I’ll make it a weekend thing while reading on Satori most days and see how I like that balance.

Finished chapter 10. Thoughts: Fellow servants’ perspective on Maomao: A pitiful girl, must protecc. Maomao’s thoughts on yabuisha: Good person, but horrible doctor. Maomao about Jinshi: Beautiful, but an annoying slime. I liked Maomao and Gaoshun’s interaction, they seem to get each other.

Preparing for exams, very endeavor, I ganbaru, much tired.

In the end I did feel that this section dragged on a bit, and I didn’t particularly like where it led, but I can’t be too disappointed because there really were some hilarious moments in there. 「まるでヤクザね]

I felt a little bad for 幾子, especially when her looks were being criticized, but she really was rather insufferable, and seemed perfectly unable (or unwilling?) to read Katayama’s indifference to her.

A bit early for me today but I might not be able to post later so now! I finished another bad end and started one of the last two major forks I have left

The end is getting more and more in sight and things are really about to go down, I’m sure.

) and it was totally fine! If it was a section with a bunch of weird vocabulary it would’ve been different, but as it was I was totally comfortable following along at that pace, so that felt pretty cool! Makes me think I should probably try watching anime and such more, subtitle pace might be less of a problem now. Progress!

After a busy day at work, I have absolutely no attention span at all this evening.

Luckily I’d already read 13 pages of ふしぎねこのきゅーちゃん during my lunchbreak today!
I managed to read a chapter of しろくまカフェ this evening too, so I’ve managed to do a reasonable amount of reading altogether.