I finished the second chapter of 夜カフェ today, reading about 10 pages.

Grammar-wise I was able to read it without much difficulty, but I still had to look up quite a bit of vocabulary. I can feel my reading getting a little smoother each week though as I’m adjusting to reading prose instead of just manga though

I won’t continue with the other volumes of this manga because it’s not really my thing. The characters are kinda nice (I did get a little attached to them over time) and I like all the cooking, but the gags and the drawing style don’t really do it for me.

I wanted to finish it now (a little ahead of the book club) because I want to move on to デスノート ・ Death Note 📓 Vol. 2

There’s even a pocket cat in there!

Of course they are. It was my first thought: why is this cat pretending to be a parrot on a pirate’s shoulder?

Read a story about , a Japanese bacteriologist who discovered the agent of syphilis. I found it charming how the story mostly talked about his motivation to help others by becoming a doctor, because of the surgeon who helped him restore his badly burned hand.

Read chapter 7 of 夜カフェ today, and since I calculated that I’ll almost definitely finish it in less than two weeks, I went ahead and ordered the next one. I don’t know if I’ll want to keep reading immediately, but I want to be prepared just in case!

Also, last night I picked up それでも歩は寄せてくる again. There was an 運動会 that I was avoiding reading (because the language suddenly became much more difficult for me), but I got through it, and remembered again how cute and sweet and fun this manga is.

The first complete week is down: Homepost 10/61

Was a bit more lazy than I wanted this weekend but whatever. Still read every day.
What I did the last week:

Next week I want to basically continue exactly the same. Especially Week 2 for Saga IBC is next on my agenda. With easter coming up I’ll see how much time I can actually dedicate to other reading material since I’m going to visit my family over the weekend.

See you next week for an update then

Finished 3rd day in a row! Finished よつばと！ chapter 8. There’s still a lot of stuff that I dont understand, but I guess that comes with time. Even though I feel like I only get around 50%, it is still very enjoyable and I’m looking forward to finish chapter 9 tomorrow. 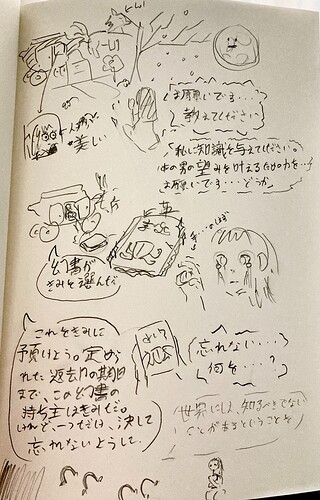