For level 12, I thought I’d finally give it a shot with the Tsurukame feature to prioritize the current level. Then, I decided I preferred the default setting, so I went back to it. It then took five days and fourteen hours for me to get to the first radical for level 13 doing 20 lessons a day to get through the backlog.

Prioritizing the current level got me my fastest level up time by one day, but it set me back two to three days in starting the next level.

Especially when having a lifetime account, I find there’s no reason to prioritize radicals and kanji over older vocabulary.

I’m actually on the opposite extreme. I like to get through even the current level vocabulary lessons before starting radical and kanji lessons.

I found the same thing here at level 11. I was struggling with all of the new kanji until I prioritized doing vocabulary which reinforced the kanji before adding more kanji to my brain.

I’m going back to the level completionist approach. I understand that having people level up earlier, when they’ve reached guru on X number of kanji makes it feel like more rapid progress, but I’d rather have a clean break from level to level.

I can see that the kanji I struggled with suddenly become natural for me because I have a word to draw from for meaning and pronunciation. The kanji in isolation feels exactly that way: isolated. That makes it so much harder for me to remember.

Well, I’m now over my recent norm, and Tsurukame estimates that it’ll take me another 3 days and change to level up. Lesson learned. 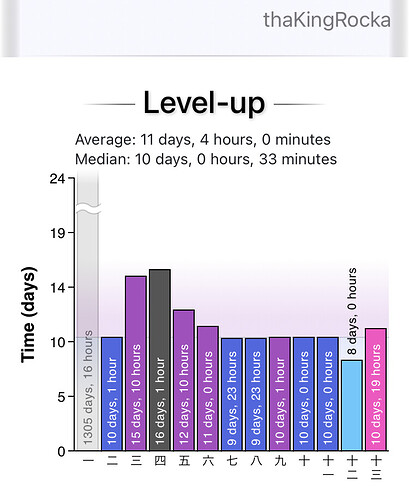 Yep, it took 14 days. I just hit level 14 at 7pm. Now, I should be back on track. I think there were 37 lessons remaining in 13 before the level-up, so the day after tomorrow, I’ll see my first radical for level 14. That’s much better for me than rushing through and catching up on multiple levels of vocab on the tail end. 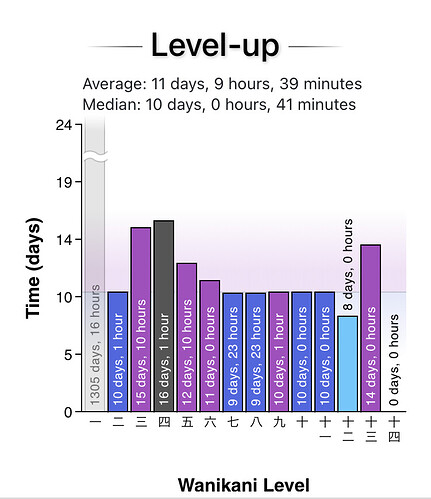 I’m back with the content you crave! I just finished level 14 in good time, proving beyond a shadow of a doubt to myself that reordering is absolutely not worth it. It took 9 days for the level, and there are only 20 vocab remaining as I start level 15, so after tomorrow, I’ll be starting 15 proper. I max out at 20 lessons a day with vocab. I generally do 15 a day with kanji and radicals. 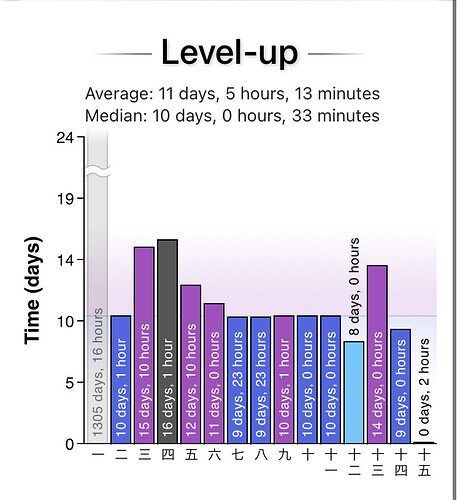