@seanblue did you set a maximum for the books, one can choose? It would make snse to limit the decissions to 3 or something similiar

Choose as many as you want. Your vote becomes useless if you vote for too many anyway.

How long does it take for a book to get picked? (AKA: would there be enough time to purchase it?)

There should be plenty of time. We shouldn’t need more than two weeks to vote. And if we start the book a few weeks after Kiki is finished (it will be done June 9th) there should be two months or more to get the book.

So I still have to wait at least a quarter year till we start with the new book?

Okay, at least enough time to reach some more lvl’s in wanikani and do more for my gramatical stuff

So I still have to wait at least a quarter year till we start with the new book?

Okay, at least enough time to reach some more lvl’s in wanikani and do more for my gramatical stuff

You can always check よつばと！and try it by yourself. The topic has a lot of good explanations already and you can always ask for help. People will gadly help

I have no idea.

Usually the manga tends to be easier to read. You can always vote on that and see what happens

It’s a mix. I think Girl Who Leapt Through Time might be same or harder, while The Scary Lessons looks MUCH easier! I’ve only compared the first few pages, but I’ve also seen it suggested and mentioned on lists and when asked about beginner books. It has furigana on basically everything, so if you don’t know a kanji it will be much easier to look it up or ask about a line.

OK, it took me ages to realise that there are links to the synopsis and original pitch for each of these at the very top of this thread.
I strongly suspect manga will be easier for beginners (less text to get through per page of story)
However I wanted to seem a sample of the text of the books, and this is available for a couple of them. 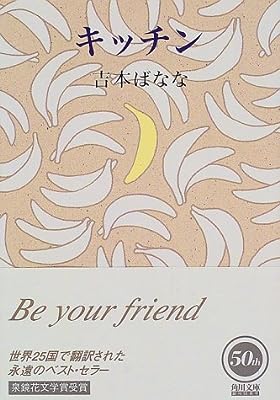 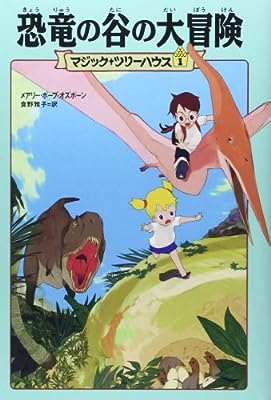 Unfortunately there doesn’t seem to be the same option to view pages inside for the other books.

The important thing is that you always try to read, at least a little bit. If books are still too difficult (and if you don’t have any previous grammar or vocab knowledge, or you haven’t developed enough stamina to get through more than a page or two before your brain urges you to stop, they very well might be), it’s far better to pick up a fun manga or something on Satori Reader or even a passage in a textbook than to let a day (which can easily become a week or a month) go by without any practice at all for fear of inaccessibility.

The Yotsuba group is talking about taking a month off, though (but we’ll still answer questions about volumes 1-3), so it might be a good opportunity to try something else. Maybe a book, maybe some other manga on the easy side of the spectrum, maybe WaniKani example sentences, maybe threads on Reddit with funny pictures of ads for awful products.

i think you’re right though, i generally do try and read some manga to keep up my japanese reading, and i probably will go back to that once i’ve finished this round of assignments

I haven’t read all of it, but a casual glance suggests this is closer to Intermediate level than Beginner level (as Kiki was) and there isn’t much furigana on this particular edition.

this is closer to Intermediate level than Beginner level

I can confirm that it was seriously considered for the intermediate book club.

I just read the first page, and that book is not pulling any punches. One character is already described as using complicated words on purpose, and one of the first thing he says is “母性愛過多” (literally excess of maternal love, meaning that the main character is acting too much as if she was their mother).

Since I don’t belong in this club, don’t pay too much attention to my opinion though. If you are motivated to go through it, that’s definitely going to be a learning experience anyway.

(I just dropped by because I noticed POLL in the title

Well, if the girl who leaped throughtime is really that difficult, maybe we shouldn‘t choose it, eventhough it is at the top of the voting. Iwill probably have not that much fun reading it🤷‍♂️ Even though I‘m interested in it

After so many people complained that Kiki was too hard, I was surprised to see The Girl Who Leapt Through Time leading in the poll. Honestly, I want to read something easier for 2-3 months so I have time to read some English books at the same time.

It has already lost a lot of votes (or at least, fallen behind), so I don’t think it will be a concern. I wasn’t participating in the book club then, but it certainly seemed like kiki was quite a step up for most people. I imagine knowing it’s harder than that (or at least similar) will make it a less popular pick.

I guess there’s always going to be a danger that as members improve, their suggestions or votes start to drift towards more intermediate options

I joined the beginners book club after Kiki had started, not realising it was a novel. The cultural centre had Kiki as a set of manga with illustrations from the movie, which I borrowed, and then only belatedly realised they were not what everyone else was reading!
As Girl has also been made into a movie, I wondered if a similar manga-isation has been published. However I haven’t been able to locate it if it has.