I stumbled at ターンパイク (turnpike). In this case, JJ helps more than JE (JMdict).

From the new The World Ends with You game.

Can you spot the kanji? It’s 西口 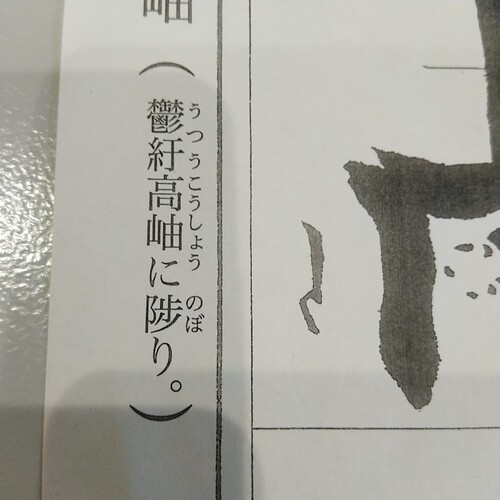 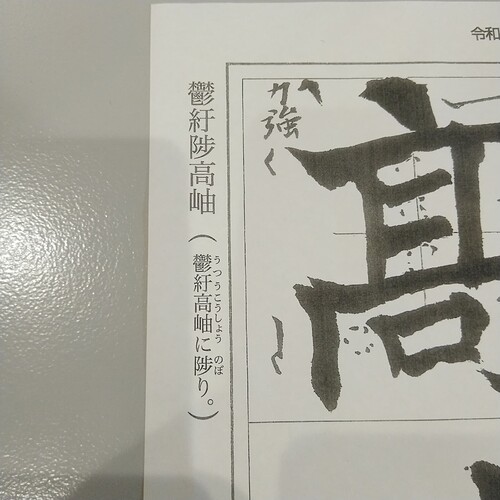 Thank you!
Sorry, I was talking about the text in the left.
That is the meaning but I can’t decipher it.

The part that’s not stylized kanji? >_>

Yah, more of a language question than a stylised kanji question.

Wow, thanks.
And what does it mean?

And what does it mean?

As I understand it, it’s one line of a longer passage, the ninth of twenty. A poem, I guess - not entirely sure. So what it says is “Ascend the winding, high road.” What it means… well, that depends on the larger context. But I’m not the one trying to read kanbun here, so I’ll leave that as an exercise for you.

Though I did come across this page, which is a bit clearer with the layout.

Sorry, I got another difficult one… 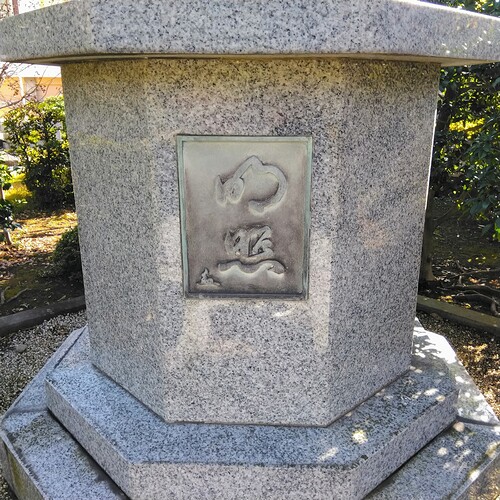 Looks like 明照. Does that make sense with whatever you saw it with

I think the second one is correct but the first one seems to be a Kana I can’t read.
It was written on a female Buddha sculpture.

What makes you say it’s kana

Thinking about it it might be a Sosho Kanji.
Btw. is there a method to look up Sosho script somehow without studying it?

In my impression even if I write this letters again and again in the Shodo class, I just keep forgetting it and I wrote only about ten different Kanjis so far. Might take forever to be able to read something unexpected.

Well…intuition is always good to have I guess. My answer still remains as 明 though. Something tells me you didn’t actually look up what akarui looks like in this style so I traced it for you 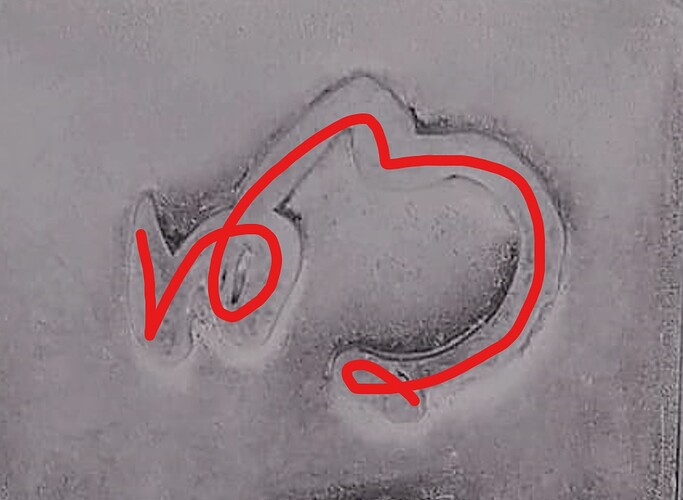 and heres a picture of 明 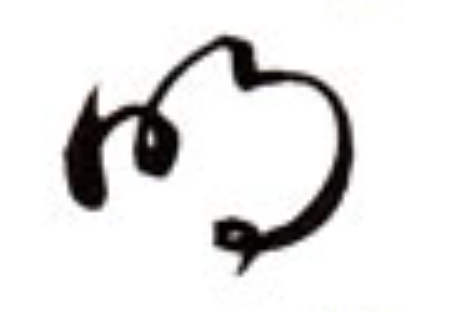 Im no expert though, so if you have a character that better fits I am all ears. I found little 阿修羅像 with 明照 engraved in them, so its not too crazy to me that this word would appear under a statue of something buddhist related i guess.

Ah, thank you! I really didn’t look it up at all, sorry.
Somehow I always get stressed out when I see that script and give up a priori.

That’s totally it. And I found out that there are books which describe the basics of cursive script which seems to help as well, lol.

Ah, thank you! I really didn’t look it up at all, sorry.

No problem, I appreciate your honesty lol

Thinking about it it might be a Sosho Kanji.
Btw. is there a method to look up Sosho script somehow without studying it?

It is indeed written using 草書. That shape on the right is one of the main ways of abbreviating 月 (and it ends up looking a bit like a ‘3’). As for how to look it up… I don’t think there’s a site that attempts to do visual recognition on images (and Google Image Search doesn’t work so well for calligraphy), but you can always just search 「＜kanji＞草書」 and see what comes up. That’s what I usually do. It’s just that you’ll have to guess what the kanji is yourself. The only tip I have for that is looking for similarities in terms of overall shape and structure, but the fact is that 草書 was created based on an older script (not modern standard scrip 楷書), so the similarities we’d expect aren’t always present.