ズルイ is written in katakana which makes me think it could be a loan word.

The use of katakana is for style probably.

The grammar is a bit tricky however…

I wonder if it isn’t そんな の が ずるい (with the subject tag omitted) : such (thing) is dishonest.
With です added to the i-adjective for politeness.

ウンコ食え … it seems out of character

Indeed; note also the verb is くう (in imperative form: くえ) and not たべる.
Saitou-kun has also completely broken the social conventions on distance at the first image of that page (that surprised me quite a lot actually).

But isn’t he already a professor for that university?

One is a professor (I suppose, one having a chair; note that weblio in Japanese defines 教授 as 准教授・講師の上位。 (superior of an associate professor or lecturer)), and the other doctor in medicine.

Mmmm, the meaning may be uglier than you think…

くらい can be 暗い; but an adjective won’t link with の
As it is そのくらいの覚悟 くらい is, I think, a noun.

(I don’t know what the little 2 is for there though);

I think it is the pitch accent model (but while I like weblio, I haven’t found out an explanation of their abbreviations yet)

… ああぁ見つけたよ!
Here is the explanations of all abbreviations and the presentation of entries in weblio that come from sanseidou (三省堂) dictionary.
Other that part of speech, meaning, etc. it also provides pitch accent information, and old spelling (and old verb classification for verbs).

And it also lists kanji (with ON readings and meanings, as well as old and variant shapes);
eg for 国

I like the way you’re thinking haha. くらい in kana usually is the first definition, but funny coincidence that its homophone also kind of works out here. そのくらいの覚悟だ -> “that’s how far I am ready to go” (like “if that’s what it takes…”).

in kana usually is the first definition, but funny coincidence that its homophone also kind of works out here

Indeed, and without the 食え before, I wouldn’t have thought about 食らう either;
it would be interesting to see what the official English translation is.

No clue, sorry; I’ve only “studied” pitch accent by shadowing so I don’t know any good sources that focus just on pitch accent alone. Dogen’s video lessons are apparently very useful, but most of them are on Patreon so they’re not free.

Do you remember, you made a post compiling all of the previous days we worked on the manga. I wanted to check how many days it took us for each episode but can’t find it anywhere. Can you tell from the top of your head?

The little calendars are still there in the first “wiki” messages; for example the one from April 29th
(under “Links to the manga online, previous reading exercises”)

As there isn’t anymore a per-day thread it will be difficult to keep track of that; but maybe we could record the date each new episode is started.

Here 先生 sensei is a way to say “you” I think (addressing the interlocutor by his title) and not to talk about doctors in general.

I also wanted to have the number of pages for each episode as this tends to vary quite a bit. 9 days must mean E2 must’ve been a lot shorter as we were beginning back then.

Episode 3 was until May 7th I think,
as Episode 4 started May 7th

We could maybe keep some statistics (date of start/end, number of pages and “claims” (the letters/numbers)

(I’m not sure about the number of participants, but I’m too lazy to actually check)
What would be the counter for an answer/analysis ?

Yes, I’ll create a statistics tab in the first message.

At the moment I can’t access sukima so I can’t write the number of pages but once I can I will do so.

☆ So I thought we were going a lot faster but in fact E1 was 60 pages so it explains why it took us so long.

I haven’t done much more than @ayamedori either, so I’m not sure if I’m qualified to advise anyone, but I’d actually like to hear what this really means. What have you heard? Do you have some examples of how the pitch pattern of a word changes in a phrase? So far, I’ve been following the patterns given by the 大辞林 dictionary, and I don’t notice any changes when I compare my interpretation with how I’ve heard Japanese people pronounce these words in sentences. It would be nice if everyone could share what some of the pitch pattern changes apparently are.

What I will try to do in order to help though… is post a few links:

That’s all from me. Hope to hear what everyone has heard about those ‘pitch accent changes’.

Do you have some examples of how the pitch pattern of a word changes in a phrase?

Well maybe the fact that the languages I speak don’t use pitch makes me wrongly understand.
But from what I have read, it seems Japanese has 2 tones: high (H) and low (L).

The link Ayamadori has provided gives an exemple with word すみれ defined as LHH.
Then このすみれ is LHHHH; first mora of the word is now H and not L.
And あおいすみれ is LHLLLL.

So, word 菫 is LHH alone, but HHH after この and LLL in the compound 葵菫

The link explains it probably; but it’s still too complex for me yet.

Note: I was exploring Weblio a bit further and couldn’t find a function where you can draw the character. Since it’s aimed for Japanese native speaker, it makes sense that they wouldn’t have one.

There isn’t a ‘search by radical’ which again makes sense considering it’s aimed to native speakers.

They have a section for asking questions though! And 60 days free to try premium.

Thanks for taking that example off the Sanseido page. I didn’t check the link because I thought it would be the same as what I had in my dictionary. It seems I was wrong though, because my dictionary seems to only contain the table of accent types and an explanation of how to read the diagrams.

OK, perhaps I’m oversimplifying things, but I feel it’s more a matter of not wanting to varying the pitch excessively over the course of a sentence. If we take このすみれ (LHHHH), well, I can’t imagine doing L-H-H-EH-EH (EH=extra high). I think the low and high syllables are about a musical third apart. (I can’t remember whether it’s a major third, minor third or whatever. I haven’t studied music theory in years.) That’s not too much of a jump to make while singing, but it’s hard to keep jumping pitch between syllables in a conversation. As for why it’s not LHLHH… I guess it’s just hard to drop the pitch suddenly for a word that isn’t a particle? However, perhaps the simplest explanation (though I have no evidence for this) is that 菫 is a word with a 平板 (i.e. flat) accent, so unless it appears at the beginning of a sentence, there’s no clear rise or fall in pitch.

Honestly, this may sound really weird, but when I looked for YouTube videos earlier on Japanese pronunciation, none of them talk about special rules involving pitch accent changes in sentence, even the ones created by Japanese people. Some even say that the pitch accent of a word never changes, even if sentence intonation and emphasis does.

How do I say this… How I feel is that after the initial rise in pitch for each sentence, the pitch variations for each word still exist, they just become smaller. The initial rise in pitch between the first and second syllables that most words have is just a natural thing that happens when we pronounce something. It’s just the default way of ‘starting our vocal engines’ in Japanese. We start at whatever pitch we’re already at in the sentence – unless the word has an accented first syllable, in which case we have to go higher – and we follow the pitch accent. However, in some cases (look at what I said for このすみれ), it’s too hard to follow the original pitch accent, so we’ll naturally flatten it. For example, if you take the 青いすみれ example from the dictionary and you enter it into the pitch accent analyser from UTokyo (http://www.gavo.t.u-tokyo.ac.jp/ojad/phrasing/index), you’ll find it’s actually LHLlhh i.e. low, then high, then low, then low, then very slightly higher for the last two syllables. Whatever it is, as Japanese people themselves have said, they’re not robots, so they’re not actually pronouncing the ‘high’ pitch and the ‘low’ pitch at exactly the same pitch all the time. There’s still some variation. The key thing is the gap in pitch. That needs to be exist.

I imagine that what I’m saying isn’t making any sense, and it’s not very concrete either, so I’ll just summarise what I’ve heard so far and leave everyone with some links:

Sources/resources:
(In order: two videos from a Canadian university, one at the word level, one at the sentence level, followed by three videos from a Japanese person discussing the 4 main types of pitch accent and how tone varies across a sentence.) 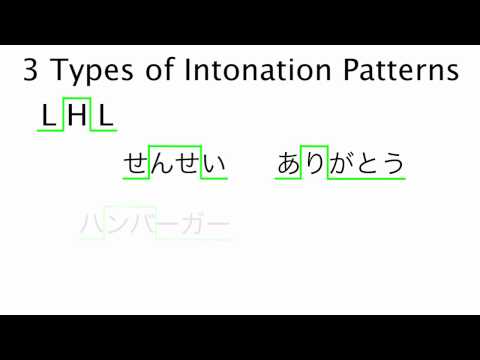 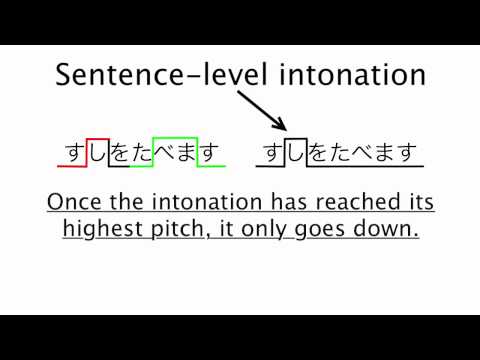 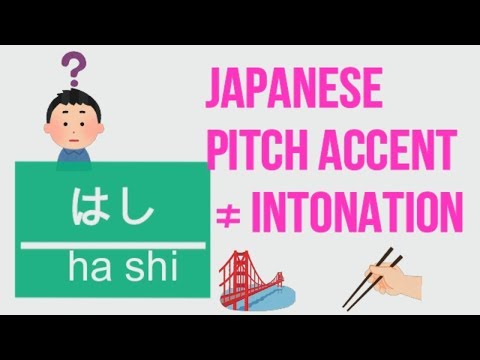 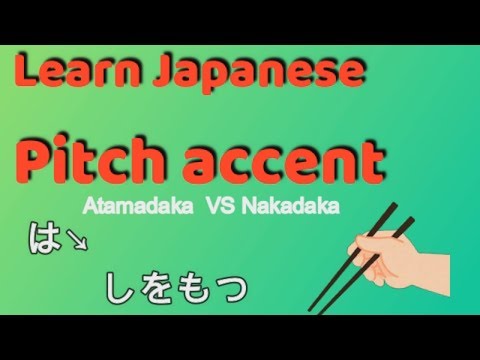 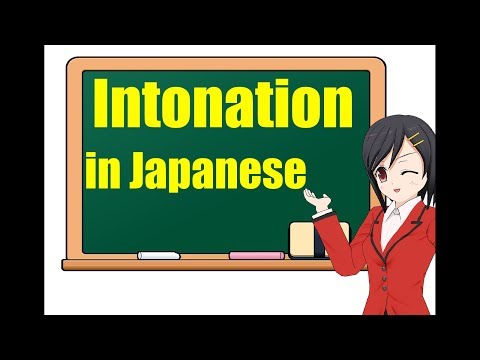 EDIT: One last video. It’s entirely in Japanese though. 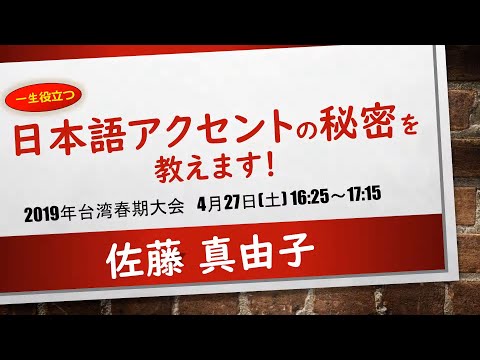 Honestly though, as I may have said before, I still think the easiest way to pick up the accent is to listen to Japanese media that you like (dramas, anime, documentaries…). Some sentences will probably stick in your head, and they’ll become references for how to pronounce certain things. (E.g. right now, I have 「はい、綺麗になった。」from the Rokuaka anime in my head, because I was thinking about the pronunciation of 綺麗 a while ago.) The reason I give fictional stories priority is because they usually contain far more emotional lines and scenes that will help you remember what happened.
1 Like
Zizka May 17, 2020, 11:00am #178

Is the verb to teach. Here, however, it’s 教う here. As far as I can tell, it’s not inflected in a way I’m familiar with.

Thank you, those are very helpful.

What seems important are the transitions (no transition, or a transition), more than the actual height (lower or higher pitch); and a word, in a different context, can have L and H switched, but the transition preserved.
There are also some rules at what kind of transitions are possible depending on the length.

If you look at Wikipedia 活用#日本語における活用 there is a table showing how old conjugations changed into the current day ones.

The 下二段活用 conjugation (as it was the case of をしふ) become modern day 下一段活用 (lower ichidan, that is -eru) => おしえる

“おしう” is an archaism, the pronunciation of what was pre-reform spelled as をしふ.

~ より( = yori) : When you describe something comparing with certain thing / time period / person.

I realise 〜より is generally used for comparisons. I’m not sure what is being compared here.

“I don’t want to hear that reason”