I just started using kaniwani and can’t seem to find the answer anywhere, so apologies if this is obvious.

What is the line and full circle/empty circle drawing with hiragana telling me?

I’m pretty sure you’re talking about the pitch accent diagrams. It shows you whether the pitch is high or low for each mora. The filled in circles are for the word itself, the open circle represents if you attached a particle (は, が, を, etc).

I thought that might be it. I learned in my Japanese class that there are no accents in Japanese similar to English, but that’s not exactly true: 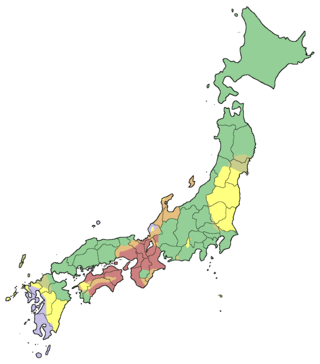 Japanese pitch accent (高低アクセント, kōtei akusento) is a feature of the Japanese language that distinguishes words by accenting particular morae in most Japanese dialects. The nature and location of the accent for a given word may vary between dialects. For instance, the word for "now" is [iꜜma] in the Tokyo dialect, with the accent on the first mora (or equivalently, with a downstep in pitch between the first and second morae), but in the Kansai dialect it is [i.maꜜ]. A final [i] or [ɯ] is often dev...

There’s no stress accent, which is what English uses. “No accents in Japanese similar to English” is a little vague, and possibly true depending on the meaning.

But there is a system of pitch accents, as you noted.

Ah, the English accent is a stress accent, and it’s true - Japanese doesn’t have stresses.

Ah, that makes sense now. This explains the difference:

r/linguistics - What's the difference between stress accent and pitch accent?

But watching this video, I have to admit the two examples in Japanese sound the same for me:

Any suggested sources for learning how to distinguish the pitch accent in Japanese? I’m worried I’m just going to treat it like a stress accent, which is the wrong approach.

But watching this video, I have to admit the two examples in Japanese sound the same for me:

By “the two examples” do you mean the shirt sentence? That’s actually a difference in intonation, which he is conflating with accent a bit.

Or did you mean the examples at the end, with HAshi and haSHI, or Ame and aME?

By “the two examples” do you mean the shirt sentence? That’s actually a difference in intonation, which he is conflating with accent a bit.

At least I got confused by that. Because, that’s just putting a different emotional weight to something you say. That’s actually the easy part of Japanese, since it’s not that different (at least from Swedish), in how irony, sarcasm, etc comes across through emphasis/tone of voice on words in a sentence.

I must say I haven’t given pitch access much thought. I’ve learned most words through audio, so I recognize the difference here for bridge/chopstick and candy/rain. But, perhaps I do need to make this knowledge a bit more formalized and clear for myself. ^^;

I’ve learned most words through audio, so I recognize the difference here for bridge/chopstick and candy/rain. But, perhaps I do need to make this knowledge a bit more formalized and clear for myself. ^^;

And it wasn’t mentioned in that video, but you might have guessed it from the way KaniWani lays things out, but words can also be differentiated by how the particle attaches.

For instance, in the case of はし, as they mentioned in the video, HAshi is chopsticks and haSHI is bridge, but there’s also another haSHI which is edge.

Now, it’s entirely possible for words to just be the same pitch accent and context resolves it, but bridge and edge actually can be differentiated.

If you add a particle, like が, then you get haSHIga for bridge and haSHIGA for edge. The part that is within the word is the same, but the particle differs.

This is something you can pick up from listening to full sentences of course.

Thanks for that tip! ^>^ I’m finally at a level that me listening to interviews or drama CDs is more relaxed and I can really focus on the details of the language (not just desperately trying to follow along and understand the content). I’ll try to take note next time I encounter these words and the particles in use! ^^

I actually stopped watching after the shirt example. After listening to the hashi and ame examples, I would best describe it as a “softer” accent than we would use in English, but that’s me. I need to start watching Japanese movies so I can start hearing better.

Thanks for all the responses!

Unless I’m mistaken, there aren’t pitch accent diagrams in the standard web app. You might be using an unofficial mobile app in which they’ve been added. I’d quite like to see them and I do intend to learn them eventually, but I don’t think it’s something that needs to be learned by rote in the early stages. Opinions may vary, but I reckon that’s the type of thing that can be learned just by being aware of its existence and doing plenty of listening, and maybe a bit of additional study later on to make sure you’re on the right track.

This is what it looks like for me on a vocab item page. I don’t believe I’ve altered anything. Is it different for you? 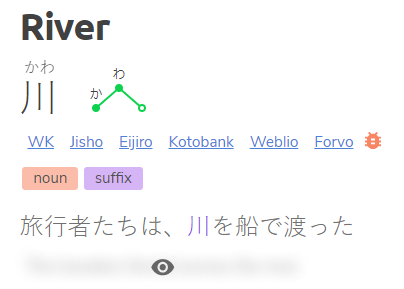 This is what I’m seeing, you have to click on the info button in the middle:

I would best describe it as a “softer” accent than we would use in English, but that’s me.

When you are only dealing with short words like that, it share some similarities with English (but without any strenghtening or lengthening of anything), but when you have words like koKOROZASHI where it starts low and stays high the whole time, that’s pretty different from anything in English.

Never thought about it. I don’t believe it was ever taught as part of my studies in my own language. But, yeah, there’s a lot of use of pitch changes in Swedish. That much is true. But, we also use stresses. So, that video video saying languages are divided into 2 groups doesn’t seem true for Swedish. I’d say we use both.

I always only thought about intonation in regards to languages before meeting Japanese. I really should install that pitch accent thingy for my lessons. ^^

This is what I’m seeing, you have to click on the info button in the middle:

There is a setting to make it appear by default.