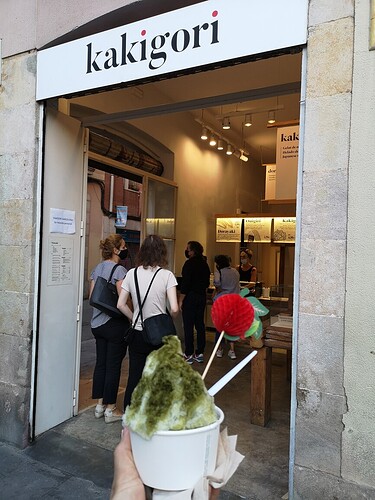 Ah, kakigori. My favourite category of… pudding? (I’ve never had it; it is pudding right? I can’t think of a savoury flavour that would be nice at least

Crushed ice I believe. (It’s taught in WK fairly on if I recall correctly

Gotcha. I didn’t make the connection. I read it as Kakigouri

ooh what flavour have you got?! (it looks like seaweed… I wouldn’t put it past those Japanese kakigori makers).

There’s a simple (well, for some - N5 they say) article to read about it here if people are keen 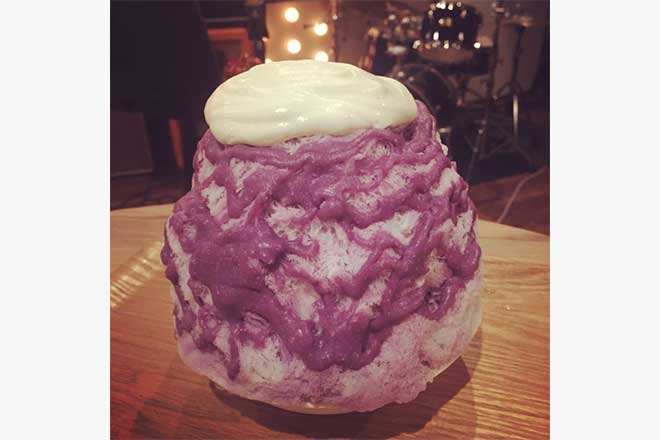 That said, I don’t think I ever liked it as a kid. Go team ice cream!

). Although, sorbet may come close.

I had Green Tee and Coconut Sirup. I realized that made for a bad picture, some girls had it with Mango, Strawberry or something, made for fancier pictures.

I live directly across from a かき氷屋さん. Like, when I look out my window I can see a giant 氷 sign.

It’s always super busy in the summer. I still haven’t gone to try it yet.

I don’t see the appeal of eating sweetened ice

Considering かき氷 is one of the handful of words that use お for the long-o sound, surely you’d read it as kakigoori.

That sounds rather nice! I think I was just a bit frightened after reading the flavours in that article… purple potato, chestnut, avocado… too used to sweet flavours in the UK I suppose

Considering かき氷 is one of the handful of words that use お for the long-o sound, surely you’d read it as kakigoori.

I’ve been watching let’s plays of Sekiro, and there’s a place called 仙峯寺 (せんぽうじ) and for whatever reason the devs decided to write Senpou Temple instead of Senpo Temple… and even though there is voice acting in the game that clearly demonstrates that it should be a long o, 90% of people I see playing the game say Sen"poo" (like poop “poo”) Temple. Guess I know why they don’t usually put the u in romaji for place names now.

I’m not sure if it’s the same, but they have this purple yam called ube(?) in the philippines that’s mildly sweet. They seem to use it in a lot of confections and stuff and I’m quite fond of it.

In Hawaii shave ice is a thing. It often has ice cream and azuki bean paste in the bottom, then the shaved ice piled on top and flavor syrup drizzled in the ice. 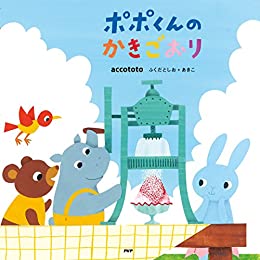 The Kindle book I was sampling two days ago.

The purple potato will definitely be quite sweet. It’s like a sweet potato, but purple instead of yellow/orange.

@ccookf probably a lot like ube in the Philippines and Indonesia, if not basically the same thing.

Can I ask you what let’s play of Sekiro you are watching? I started playing it, got into it, but then my Xbox crapped out on me and now it won’t accept discs. I can’t justify spending another $60 for a digital download, so I have been wanting to watch a playthrough, but I have no idea which channels are good, and which aren’t. Not my normal thing!