I just found this, too… 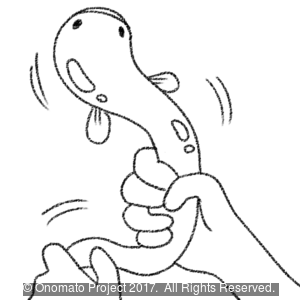 So “ぬるりと温かな感触がする”
= (the wound) is warm and slippery ?

I’m enjoying reading the thread while waiting for my copy to arrive. Though I assume I wont be able to read it yet anyway =P

Regarding page 13, I also got the impression of him actually going outside the first time I read it, however, I feel that the key with this book is repetition lol. It seems like every time I reread a passage I find something I missed the first time that ends up changing everything else.

OMG, thank you! For the life of me I couldn’t find that word. I think I got “tepid” from somewhere and I just went with it, even though it’s redundant with 温かな。

Can we try parsing these sentences a little? pg 14.

“It wasn’t regret. Nothing like that. Just something strange. But in this way (あれほど） it was something that changed my closely （高度） controlled world. How strange that it should have happened through the complete chance of simply opening the window on that day, September 7 2013, when the typhoon came.”

I’m not really sure how to work in あれほど, and I’m not entirely sure how 台風の日に窓を開けていたというまったくの偶然によるということが breaks down. Mainly, why is という repeated? Any ideas? Am I making any big errors here?

I’m a newbie when it comes to reading, and one thing that is consistently tripping me up is the difference between つ and っ when written vertically. My eye just hasn’t gotten use to recognizing it right away. I have to go find a word that I know is using either one and compare it. Makes doing word searches a little more time consuming. I’m enjoying the book so far. At this point, I’m just excited to be reading anything lol.

My take on it:

“It isn’t regret. Nothing like that. It just feels strange. Strange that what changed my world, which was this highly controlled, was the complete coincidence of me opening my window on the day of the typhoon, September 7th, 2013.”

Of course, this sentence sounds a little unnatural in English, but the point now is just to make it understandable.

あれほど works pretty much the same as the English expression “that much” or “to that extent”.

I’m not good at parsing sentences into English, but I’ll try:

台風の日に = on the day of the typhoon

窓を開けていたというまったくの偶然 = the complete coincidence of opening the window

偶然による = caused by a coincidence

ということが is a little tricky to translate. I’m not completely sure of the significance of という myself, but I often see it used together with words such as 事実 etc. “The fact that” is probably a decent way to translate it.

That’s all I’ve got. Hope it makes sense.

Cheers. I think I’ve got a clearer picture of it now. I guess the first という modifies 偶然, in the same that way it often modifies words like 事実、話、うわさ、意見, etc., as you said. I think the intervening まったくの threw me off a bit. The second という modifies こと, i.e. “the fact that it was caused by the complete coincidence of opening the window on the day of the typhoon,” as you said again.

Obviously a verb has been purposefully left off the end.

I’m sure it’s obvious to native speakers what verb is implied but I’m not getting it.

I just learned 大変 here in my lessons. One of the meanings is “serious”. Wouldn’t serious work for both perfectly? “Isn’t it serious?” “She didn’t sound even a bit serious.”

I guess in that case the English word “serious” has two different meanings?

“She didn’t sound even a bit serious” = she sounded insincere

Does 凝固阻止剤 translate as “anticoagulant”?

“Those guys had applied an anticoagulant to the bullet”

Obviously the verb “apply” is omitted.

I got a response on hinative… the person said:

They, They applied anti frozen(solidify) substances on bullets.

So I see the grammar construction here for sure now, I guess the question is the translation of 凝固阻止剤

I asked my Japanese colleague:

Oh so u guys gonna ignore my question?

I haven’t seen the anime… but even if I had I think it would be hard to make a real comparison after only 5 pages of the book.

Oh I think I get it… the shooters put anti-coagulation agent onto the bullets, to make sure that whoever they shot would continue to bleed out without the blood clotting up!!

oh, just 5 pages? Well my bad, yeah, there’s no way you could make a comparison.

I loved this line… after giving into death, he realizes he’s still alive, finding his “flesh going against the voice saying ‘give up’”

Mother: "In the west block, they’re using it as water…

Sorry to bring this line up again but, I’m reading back through with a dictionary and I wonder if the つかった in ”西ブロックの低地、水につかったらしいわ” might actually be this word that apparently exists: