Suppose initial comprehension of material is roughly 50% when listening at full speed.

Is it faster to advance listening comprehension by working through the dialogue line-by-line for 85-90% comprehension, or actively listening at full speed to cover more ground?

I’ve personally just done whichever’s felt least like a chore at any given moment, both for reading and listening

I think any difference in effectiveness or efficiency will be outweighed by you actually enjoying doing it, and thereby doing more of it (or even doing it at all as opposed to putting it off)

I would think line by line first, then actively listening. I know when I study a new grammar point or a bunch of new vocabulary and then do some listening, I’ll almost always hear the new grammar or words.
That is so motivating and reinforces what I learned.

Scientific data would point to actively listening at full speed so as to get far more listening in, is better overall, alongside passive listening.

Plus as much passive listening I can get throughout the day. Mostly podcasts and youtube lets plays.

What scientific data? Does it assume X% comprehension initially?

Can’t remember the specifics but they taught two trial groups, one with only native speed material and one with only slowed down material. The learning outcomes of the native speed group were better. I think the trial had some flaws though…
I think I’ve posted about this in more detail somewhere but listening comprehension seems to come up a lot.

Personally, I think it’s better to just listen through at least once. Sentence by sentence is tedious, and treating listening practice like reading practice seems silly. Eventually you start hearing more and more words and grammar, but there’s a bunch of other listening skills you need before anything is comprehensible anyway…

I listened to native content at native speed since the beginning and it’s done wonder for my listening comprehension. Never had to study it at all

Is there actual research on this topic?

Sorry to jump in, I really am not trolling - but @foodhype why do you keep multiplying similar topics? You’ve posted 2 very similar ones today…

My personal theory would be that listening to full speed Japanese is an immersion activity, while slowing it down and going through line by line is a study activity. Studying is useful in that you can kind of short cut parts of the language acquisition process by kind of giving yourself hints, while immersion itself is the activity that will actually let you acquire the languge.

To take another example, doing Wanikani is a study activity. It teaches you words and gives you a very vague idea of what they mean based on some English word or words. Actually reading and listening to these words in practise is where you actually acquire those words: their meaning goes from a single English word to a more complex standalone idea, you learn to distinguish it from any homophones based on context, and you learn the nuance and tone of the word. If you had never learned the word in Wanikani (or somewhere else), it would be significatntly harder to pick it up from pure immersion, but the immersion is where you really learn the word.

I think listening slowly, looking up words and breaking down grammar falls closer to the Wanikani study end of the spectrum. It will really help you get a good idea in your mind how Japanese use words and grammar to communicate ideas, which you can use as prompts in your mind when actually listening at full speed. But on the other hand you are probably thinking about the grammar and vocab rather than having your “language center” of your brain do it, which I think is far from ideal in terms of actually acquiring the language.

It will be a very difficult question but how many hours of podcasts you may need to listen get at least an average understanding?

No clue! I wasn’t actively listening, just got into the habit of putting on a podcast while I was doing other stuff

Is there actual research on this topic?

Google exists my friend, it shouldnt take too long finding studies about this.
And you will likely find better answers there than here regarding what is “technically” the best approach.

I prefer to just have it raw as close to natural as possible and im quite satisfied with my progress.
It really does come down to doing what is enjoyable in large quantities.
Language acquisition is mostly an unconscious process anyway, so it doesnt make much sense to turn it into a slow process that greatly reduces the exposure.
You need to see/hear something many times in different situations before it starts to stick.

Maybe you should just find media for each approach, one to do at the slow intensive pace in small chunks at a time, but for the majority of time just stick with full speed natural exposure.
Theres no harm in doing both, but i doubt you’ll stay motivated for the intensive method for too long because it will quickly become a chore (which humans are notorious for trying to avoid).

why do you keep multiplying similar topics?

It seems like @foodhype is still in the phase of trying to maximize learning and looking through all the options. I’d bet it’s fairly common among self taught language learners. I went through it myself.

In the end, though, you have to work through it yourself once you realize that it’s not just about optimal, it’s about optimal for you. A sub-optimal path that you actually stick with for years is the optimal path for you.

I just meant that this topic is very similar to What is your process for working through a show to practice listening?…

There were 2 different input/output threads too, but that means answers get split between them and there’s quite a lot of overlap if the actual subject of discussion is that similar.

Definitely. And some of the responses have been pretty interesting so win-win.

I know when I tried to explore the subject, there’s just a real lack of concrete evidence. Which is to be expected with self study, but it’s still tough to find answers. That’s really why I just picked something and ran with it. lol

On the one side you have the immersion guys who range from AJATT’s “full immersion full stop” approach to MattvsJapan’s MIA which has immersion and n+1 comprehension. On the other you have the entirety of traditional learning.

At the end of the day, the “best” may just boil down to whichever one you pick.

I would say a full speed. If I am having trouble, I break what I am listening to into sections, rather than change the speed.

Though I used this for active listening last month where I was listening and transcribing, he was a little fast… 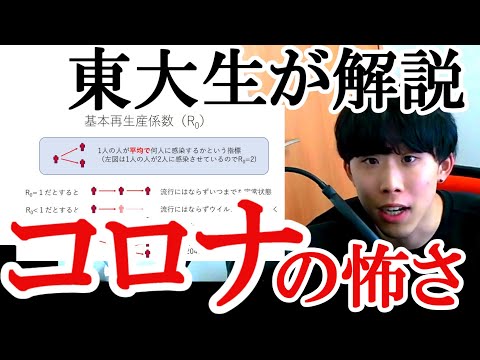 Intensive listening is not the same as intensive reading! It’s a different skill set you’re trying to learn. Trying to practice it the same way you practice reading is silly…

I posted different topics because I thought the questions were different enough and would yield different answers. (They did.) I know that Google exists, although from searching, I’m not convinced that the research exists or is of high quality. I’m also not convinced that practicing intensive listening like intensive reading is silly. If the research exusts, that’s great; if not, the next best thing would be strong intuition or evidence, but nothing seems really intuitive yet, and the consequences of getting it wrong could be large, small, or nonexistent.

I guess I might as well add that, anecdotally I’m currently listening to one audio book at normal speed, and one book using this method to split it up into easily repeatable chunks.

Being able to repeat the sentences, and also not having to move on to the next one until I’m “done” (either I’ve understood or I’ve decided I won’t understand more than I currently do) does help a lot with comprehension. I also find that it’s still smooth enough that I can still just enjoy the material without being frustrated.

On the other hand I feel that being forced to listen att full speed does build a different type of preparedness: since you no longer have the luxury of moving at your own speed, you have no choice but to try to handle what is thrown at you or just accept your loss and move on.

Basically I’ve been using only the repeat-and-move-on method until recently I found myself having become able to listen to at least some material at full speed.