but wow, the shipping to Germany takes really long

Nah don’t worry about that. They always say it takes long and then half a week later it’s already delivered (I’m from Southern Germany)

Whelp, no. The shop states that due to corona, there are problems with the postal transfer to overseas, therefore the order was canceled.

If anyone other ordered the next time from JP, would you please tell me about your experience in ordering? Were others also not able to or did someone succeed?

Btw, please make sure, you acutally order the novel (小説), not the manga or visual novel or so…

I just got the email that mine 発送されました, so I think I’m safe. Will you get yours elsewhere?

Nice! Where did you order?

Well, I think to be sure, I’ll use the e-Book version this time. Might be annoying due to the different page numbers but at least I’m sure to have the book until the start of the club, right?

I will be joining as well! It will be my first Book Club that I have joined here (despite being a member for a while now). I’ve had the book for a while now but never got past the first page, so I am looking forward to finally reading it again! Let’s hope I finish Harry Potter by then XD

Ordered - first time book clubber also! Sorry I missed the last selection, The Professor and the Housekeeper, as I had just read it in English and really enjoyed it.

It would be interesting to have a poll about who has already seen the movie. Are we going to differentiate book and movie spoilers?

I clicked on the Amazon JP link at the top of this thread. I’ve ordered from that site before. I wonder if the shipping issue is Germany specific?

I’m wondering about this bit. Is it an user name? Was an item supposed to be shipped by Amazon or by somebody else?

Okay, I found this offer in the used section. So ★良品倉庫★ is a third-party seller. I think that’s the root of the problem here.

Okay, I found this offer in the used section. So ★良品倉庫★ is a third-party seller. I think that’s the root of the problem here.

Probably. For reference, you can basically never ship from a third party seller to the U.S., so it wouldn’t surprise me if it sometimes doesn’t work when shipping to other countries as well.

Yeah it’s been hit and miss for me with those. Usually you get a notice from Amazon and it won’t let you actually order those items, though. Maybe the seller put some wrong info about where they’ll ship, or maybe didn’t put any and that’s why it went through instead.

Key, thank you everyone! Didn’t know this about third party sellers from JP. At least in Germany, I think it’s very common, that private people or smaller book stores sell their residual books via Amazon, so I didn’t think about it too much.

Your Name Home Thread is up:

That’s a really cool book. I might try and pick up a copy

My current reading is

夏子の酒 ー A really accessible Manga series about a woman who returns home to run the family sake brewery after her brother dies. Would be a good intermediate level read.
日本酒の科学 ー Dense and not very accessible book on the science of sake brewing, I have, however, developed a Kimoto home brewing recipe from it and I currently have that bubbling away
甘酒・塩麹・酒粕 ベストレシピ ー Okay, this is a cookbook, but a really good one very delicious recipes using sake making by products

I’ve been avoiding the WK forums for a while, too much other stuff going on, but I’m so close to finishing WK I may return to the reading group when I hit level 60.

夏子の酒 ー A really accessible Manga series about a woman who returns home to run the family sake brewery after her brother dies. Would be a good intermediate level read.

Thought women weren’t allowed to enter a sake brewery, though.

Did some more research into it (i.e. I googled it instead of speaking from memory). At the very beginning, sake-making was seen as a task for women. Kuchikami-zake, in particular, was made by women. In the 1600s, however, women came to be seen as unclean - there was an old wives husbands tale which said that if a woman entered a brewery, the sake would spoil. Women are gradually coming back to the industry now, though (modernisation!), but of the 1500+ licensed sake breweries in Japan, fewer than 50 are run by women.

Pushed out of brewing more than a century ago, they're making a comeback.

Brewing sake in Japan is becoming a woman's game — again

In ancient times, it's said that brewing sake was a women's craft. But for the past few hundred years women have been forbidden from brewing. That's changing in big ways. 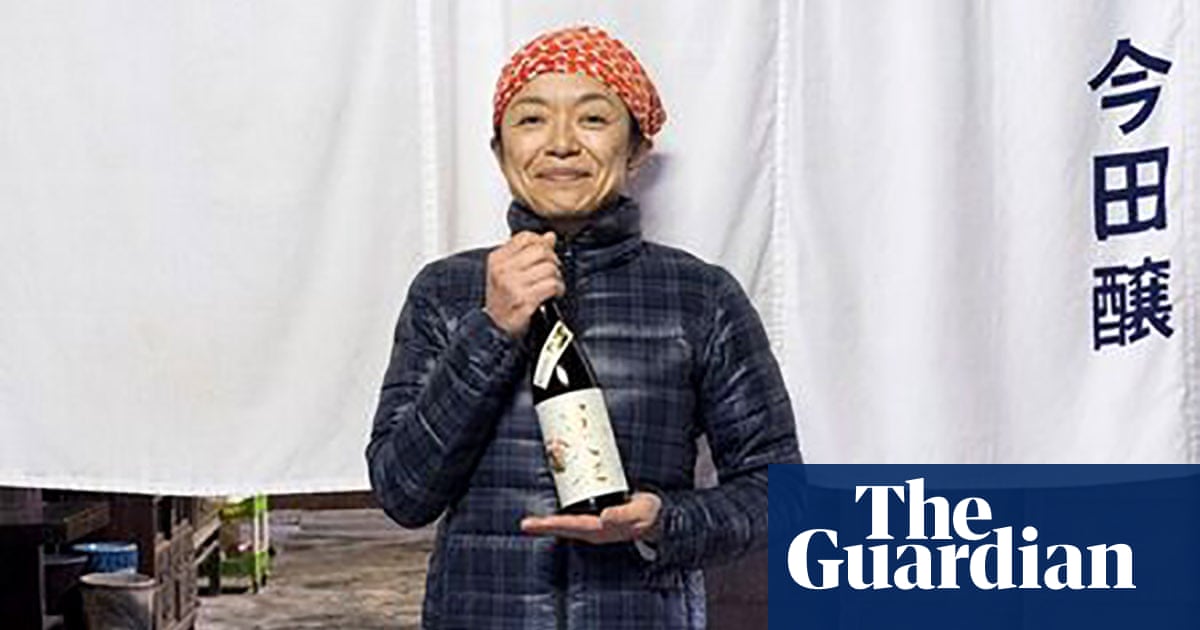 Miho Imada has won international acclaim as a tôji, or master brewer of the traditional Japanese tipple

though sake brewing has let in women, in sumo rings women are still forbidden entry. last year there was a piece in the news about a sumo wrestler who had a heart attack or something while in the ring and a woman from the audience entered the ring to attend to him and everyone got into a tizzy about it after.

i’m definitely going to read the manga! i love reading beautiful cookbooks too (and i love seeing pictures of other people’s books