It does get easier since I pass from 2 hours per page at 15 minutes per page. I’m definitly going to read the entire serie. It’s really good.

All right! I’ll go ahead and propose Saturday, March 3rd at 7pm EST for a meetup, since that time worked out well before. I know people in certain time zones might not be able to make that, so please feel free to propose a time that works for you. Then we can run a poll and gauge which dates/times people can attend.

Hey guys we haven’t talked much about this and I was wondering if this still a thing? Who is still planning on coming?

Also I forgot, are we reading more that one story or just the focus story? Or are we just discussing or both?

@charlesfm @doku-chan We are not discussing it on a discord chat in general.

This is the thread:

Yes there is, also if we are reading the book today then I think it wold still be useful to come!

Sorry. Not gonna be able to make it to this one.

I’m not sure about the discord, but I had planned to discuss about the Opened Window on the discussion thread tomorrow.

Since heard nothing about the discord meeting coming up to today and nothing especially before going to bed, I just assumed it was not going to happen.

I’m sorry to anyone that might have set aside time. @AngelTenshi or anyone else. Those still having problems should speak up.

Yeah I’m sorry about that D: I mixed up days in my head and it turns out I wasn’t available after all. Haha planning things is hard.

Let’s try this again: Anyone up for meeting Saturday, March 10, at 7pm EST?

If it’s not too late to suggest the next book I’d like to add one more.

I really think the level of our current book is perfect, which is why I’d like to suggest:

Synopsis:
Linked short story collection about three slightly awkward high school kids who form a club in which they solve the problems of other kids. Sounds like a cheesy anime premise, but it’s not really. The three main characters manage (mostly) to avoid the more obvious and obnoxious tropes of the genre and are actually quite individual and interesting. Also, while they are always around in each story, the main narrative often centres on other people - a lonely teacher, a job hunting older sister etc.

Why it would be a good choice:
Similar level to current book (which I think is ideal)
Authentic Japanese setting
Another nice physical book to own
Real world setting
Short stories (although not as short as current book) so good for people coming and going
Natural and modern speech

Why it might not be a good choice:
Kind of similar to current book
Some might be put off by high school setting
Not very, very exciting 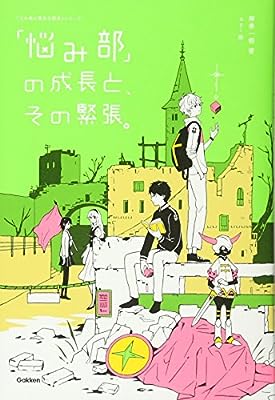 Since the official poll has been up for about a week already, if everyone who voted in the last poll would like to have another poll to take this entry under consideration, then I’m okay with that. Otherwise, I don’t know what to tell you. I do know that this 5分後に意外な結末 has several iterations. Something to take into consideration…

@AngelTenshi
I’m so so sorry!!! I was going to participate Saturday on Discord! BUT my pc broke Friday, and i sent it to get fixed, but i could only borrow a notebook from my sister today T___T!!!
I totally forgot to notify you because of the chaos!!

I’ll be avaliable for next Saturday, this time for sure. ;__; my apologies!

Oh, there’s already a poll? I didn’t notice. Just voted. Don’t worry about adding this one then - I’ll try and remember to suggest it for next time.

I want to join. It looks like you are about to start a book, but not clear to me which one?

It was just started last week, here’s the discussion thread, you’ll find the proposed reading schedule and all that there as well

(the first two short stories were just finished and one of them is currently being discussed – but since they’re short stories, you can jump in at any time!)

Since the poll was supposed to be up a week, and はたらく魔王さま! has a good lead I went ahead and bought it =)

Finding a copy that sent to my address was not easy though… I wanted to buy a set, since it existed, but none of them sent to Norway (well, one did, at a price so high it would be much less to just buy them all one and one) so ended up with just the first book for now.

For the first book only I found some interesting shipping differences:

I looked through several before finally finding that cheaper one, which is the one I got.

@riccyjay yeah, your submission is quite late, but I’m sure someone will probably remember. Or at least the beginner club should take it up since it should be significantly easier than what they’re reading now.

@bolaurent we’re already on week two on the schedule. Whenever you get your book, just check again and someone will tell you which week we’re on. Each story averages around 5 pages or so, so it shouldn’t take too long to at least read the one we’ll discuss for the week.

@MissMisc actually, we finished two stories this week, but we only discussed one on the forum. The discussion leaders be only discussing one at length each week unless other people put together questions about the other stories on their own.

I’ve got the book (kindle ebook from Amazon.co.jp). @LucasDesu What story are we reading?