The club has a Discord server, which is sometimes used for voice chats / read-along sessions. See specific book threads for current activity.

Welcome to our Japanese book club! In this club we choose a Japanese book, read it together, and discuss what we've read. It could be meaningful discussion on the content, questions about vocabulary and grammar that confuse us, or just motivating each other to keep moving.

We’d love it if you joined the club! All you have to do is buy the next book lined up, read along with the schedule and join in the discussion!

How to Propose Books

The nomination posts linked under each entry will give you further information, including sample pages.

Please see the Discussion Thread of the current book for direct purchasing links.

Here’s a summary of the first book vote, conducted in the old thread (where you can also see the actual poll)!

The very first vote! It went by in a flash, whoa.

Thank you for all your help, I really appreciate it.

And thank you everyone else who has contributed to organization, and for joining the club.

I’m so excited for this to begin!

Woot! I made it to the new thread! I can’t wait to start too!

I’ve already read No.6 but book clubs are always dope so

Little comment tough, I don’t think that’s the compete set? Unless It’s just a different version of the serializations I’m aware of. The two I know have the regular 9 books and there’s also No.6 Beyond making it a 10 book series

Whoops, you’re right. I was looking at another posting that said “完全生産限定版”. Editing to fix.

I Honesty love Beyakuya, he’s so funny. I didn’t know he had books, I’m happy hear that XD. I also think there’s a book about nagito, I know a lot of ppl don’t like him, which is understandable, But I love him so much, and he’s honesty my most favorite character of all time.

Komaeda is like the most popular character for some reason. I really don’t get it. He’s just terrible. Not a good guy at all. I think what people who like him don’t consider is that he’s actually the worst!

Same with Byakuya. He’s gross and I think he should be illegal.

haha…are we supposed to reply to the new thread?

Has anyone else used White Rabbit or similar services before in ordering from Japan? What has your experience been?

I’ve usually gone with Tenso in the past but this was my first time hearing about blackship and maybe it’s one you could try out? I do find it hilarious that they literally have a “compare with tenso.com” section. if it’s by White Rabbit it can’t be too sketch and it does sound slightly cheaper. If you want to forward, it might be something to consider if you don’t want to go digital. Let me know how it goes if you do!

Just a heads up on クリムゾンの迷宮. I too was intrigued by the premise and read it (in English) a few years ago and…it was dreadful. Could have been translation issues so I’d be willing to give it a go if it does get chosen, but the English version was very, very poor.

Tsutsui’s works are fabulous. Paprika is just as much a trip to read in Japanese as it is to watch it. But the Tsutsui work people tend to hold up as his “this is it!” is 「旅のラゴス」. Which I definitely recommend someday checking out if you like Tsutsui’s feels. It’s a damn good book in my opinion.

I’m kinda surprised that out of all of Kishi’s works クリムゾンの迷宮 got recommended haha…because of the other books in the vote I would’ve expected 「新世界より」 to come up or even 「青の火」. Though 新世界より’s difficulty is probably up there in the realms of weird stuff going on language wise as it progresses.

Not gonna lie, I’m kinda surprised that with sci-fi-y ones like No.6 and キノの旅 up there 「All You Need Is Kill」 isn’t up there. Particularly because it’s just one book not a series. It’s another one of those even-though-it’s-a-sci-fi-it’s-not-overly-difficult kinda fun deals.

I wish I’d noticed this thread sooner because 「虐殺器官」is the sci-fi book I want to push. Am I bringing it up because its movie recently got screened in America and reminded me? …yes

I haven’t seen the movie but it’s still one of my favorite sci-fi JP books. I may be biased, but haha

I want to read danganropa Zero so bad.

do it. Dude you have to. It sucks that it’s not sold digitally but it’s worth picking up the physical book for.

Yo, let’s include your recommendation in the next vote! Make sure to pitch it properly when the time comes, too.

Among the Japanese books I’d like to read are All You Need is Kill, which you mentioned, and Battle Royale. The latter is kind of important, though, so I’d like to either read it in English or wait until I can read fluently.

Oh hey, I think I might’ve found copies on Amazon US and UK. I’ll do some more research when I get home - gotta make sure they’re not the manga or anything weird like that. If they’re available there, that’d be a huge boon to us all!

hey yo! i’d like to join but i’m apparently not good enough to edit the post. ): would someone be so kind and add me to the member list? i don’t have the book but i’ll order it!

Not gonna lie, I’m kinda surprised that with sci-fi-y ones like No.6 and キノの旅 up there 「All You Need Is Kill」 isn’t up there. Particularly because it’s just one book not a series. It’s another one of those even-though-it’s-a-sci-fi-it’s-not-overly-difficult kinda fun deals.

The only reason is that no one recommended any thing else. I picked a few books that I’ve been wanting to read and heard were beginner friendly, and asked people to add more suggestions. Few did, and then I made the pole a day later. But we will definitely include your recommendations next time.

do it. Dude you have to. It sucks that it’s not sold digitally but it’s worth picking up the physical book for.

Yes I definitely will.

They were actually the final push that made begin learning Japanese. Before I was like I don’t really like subtitles so I think I’ll learn Japanese. But then these came out and at the time I couldn’t find translations, so I began my Japanese studies!

Among the Japanese books I’d like to read are All You Need is Kill, which you mentioned, and Battle Royale. The latter is kind of important, though, so I’d like to either read it in English or wait until I can read fluently.

I really want to read battle royal too! When read it when I was 13 and it was like my favorite book ever, and everyone said that it ripped off battle royal. And I was just like, well then were is this battle royal

Komaeda is like the most popular character for some reason. I really don’t get it. He’s just terrible. Not a good guy at all. I think what people who like him don’t consider is that he’s actually the worst!

Same with Byakuya. He’s gross and I think he should be illegal.

Um, I guess I can’t really argue with you, they are terrible people. But that’s why I love them I suppose.

I always like the bad guys, some mean characters, and the crazy ones. I also love Junko, and I don’t even know why, but I also liked Hiyoko.

@humla Of course! I’m not sure what the requirement is, but I think you just have to be here a while

Just picked up the ebook from amazon and am looking forward to discuss this with you guys!

ayy i’m with you on hiyoko she’s got charm…!!.. but all the others KINDA suck

New Yorkers – 3 copies left at Book Off in Midtown Manhattan for the low low price of $4.50!

Problem: I want to take part, but I can’t figure out the ordering from amazon jp… I have prime for amazon uk (and amazon canada for my mum

) but I can’t order it through either account… any tips? D:

uhhhh… this’un linked above since it’s the cheapest option for me, I think. D: 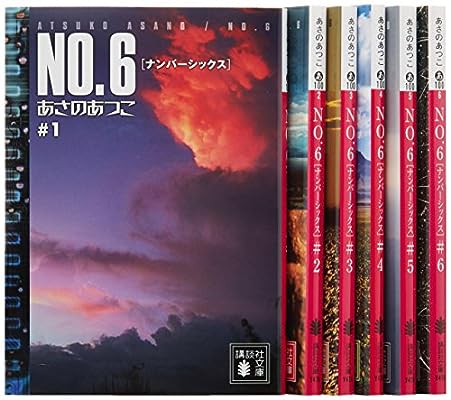 Now I guess I have to cancel that order since my original order (of Volume 1 only) arrives today. Or maybe I should return Volume 1 right away and keep the new order?

Now why didnt I find this item the first time around??

EDIT: Nope, I was mistaken. What am I doing…?