This thread was once a thread. So I’m remaking it because of:

a.) My desire to make everyone play Karuta. Also, it can be directly played via app these days as well. (There is also an iOS version)

b.) Endless blabbing about the Hyakunin Isshu

c.) The fact that it theoretically makes my Japanese better in some way.

@Belthazar I have been to Omi Jingu as well. A tournament I was supposed to take part in was cancelled so I went to Omi Jingu and got to play the 永世クィーン as well as a few other people.

Also, here is a video about Otsu / Omi Jingu / Karuta : In English and In Japanese.

Are you ranked? That’s pretty cool that you got to play a queen. I’m surprised that’s even possible.

So it wasn’t an official match or anything. There was a teaching event going on that I happened to walk in on and they let me join (it was either that or join a friendly tournament going on upstairs). So when they were playing learning matches I just used the cards with one of the helpers (this A級 girl), to play a more normal game. And during that Kusunoki happened to stop buy and took over for a little bit of the game.

So I took 君がためは but one could say it was half luck. But that was the only card.

As far as I know right now my rank is technically D級 since I’ve taken plart in D級 tournaments, and last year they added E級 as a mandatory starting place.

Heh. You missed that previous thread by about five days.

And during that Kusonaki happened to stop buy and took over for a little bit of the game.

Oof. She’s younger than I am. Also, Kusunoki.

I’d never be able to play karuta because I wouldn’t be able to hear the caller. But yes, that too.

Yea I know, I was like, “I should’ve done this last week.”

And yea, I can never say her name properly, Kusunoki Saki, but my mouth always gets confused with the “no” and the “sa” and the whole thing just collapses from there. I am older than her too, but the only person to ever beat her in an official match is significantly older than her.

I’ve actually been giving a lot of thought to becoming a 公認読手 lately. Some sounds I’m so bad at hearing though, especially わすれ/わすら and なげけ/なげき

But anyways, on the subject of memorizing, I think it becomes much easier once you have a pattern to it. Obviously everyone else is different, but I can only do it in the むすめふさほせ order.

What’s really hard is forgetting, like in a tournament or any time you play multiple matches, going for where the card was in a previous match is a real problem.

I read some poems for my school’s karuta tournament last week. But I’ve only memorized like 5 of the poems so I wouldn’t be able to play. It’s on my to-do list though.

I picked a couple in advance and practiced how to read them in the kind of sing-songy way they do.

Yeah, I realize I could just memorize the kimariji and associated cards, but that feels weird to me. So I do want to memorize the whole poems first.

Ahh that makes sense. Sometimes I go through all the poems but usually I just pick up a chunk of cards at some point during the day and go through reading all them with a timer.

Basically what I did, once I knew them all by Kimari-ji (Though really you could say first line) I just kinda would pick one and repeat it to myself over the course of the day, and it worked fairly well. The only poem I memorized without even thinking about it is the 序歌, which I suppose isn’t actually from the Hyakunin Isshu.

Yeah, if they were modern Japanese (or if I was generally more familiar with classical Japanese) I would consider just kind of picking them up and repeating them a bunch. But I like to go to explanatory sites and read the full breakdowns of the grammar and analysis.

Like とまをあらみ in the first poem is a weird thing to see if you only know modern Japanese, which makes it harder to memorize. But with the explanation that in classical Japanese (noun)を(adjective stem)+み means (noun)が(adjective)ので in modern Japanese, it falls into place more easily. But that’s why I’ve done so few lol.

Yea I know what you mean. Some are also more opaque than others, and some have more hidden meanings or background than others. たれをかも is one of them where for instance it has relation with the two other poems next to it in the 古今和歌集 that are also by Fujiwara no Okikaze. And obviously the meaning behind ちはやふる.

The other day someone asked me about 見しやそれとも (It is from 廻り逢ひて) which definitely reads like Gibberish until you learn that し is the past tense and や is basically か where it becomes a lot more understandable.

But I like to go to explanatory sites and read the full breakdowns of the grammar and analysis.

Well, maybe you should try this book.

I mean, I could in fact bump that thread too. 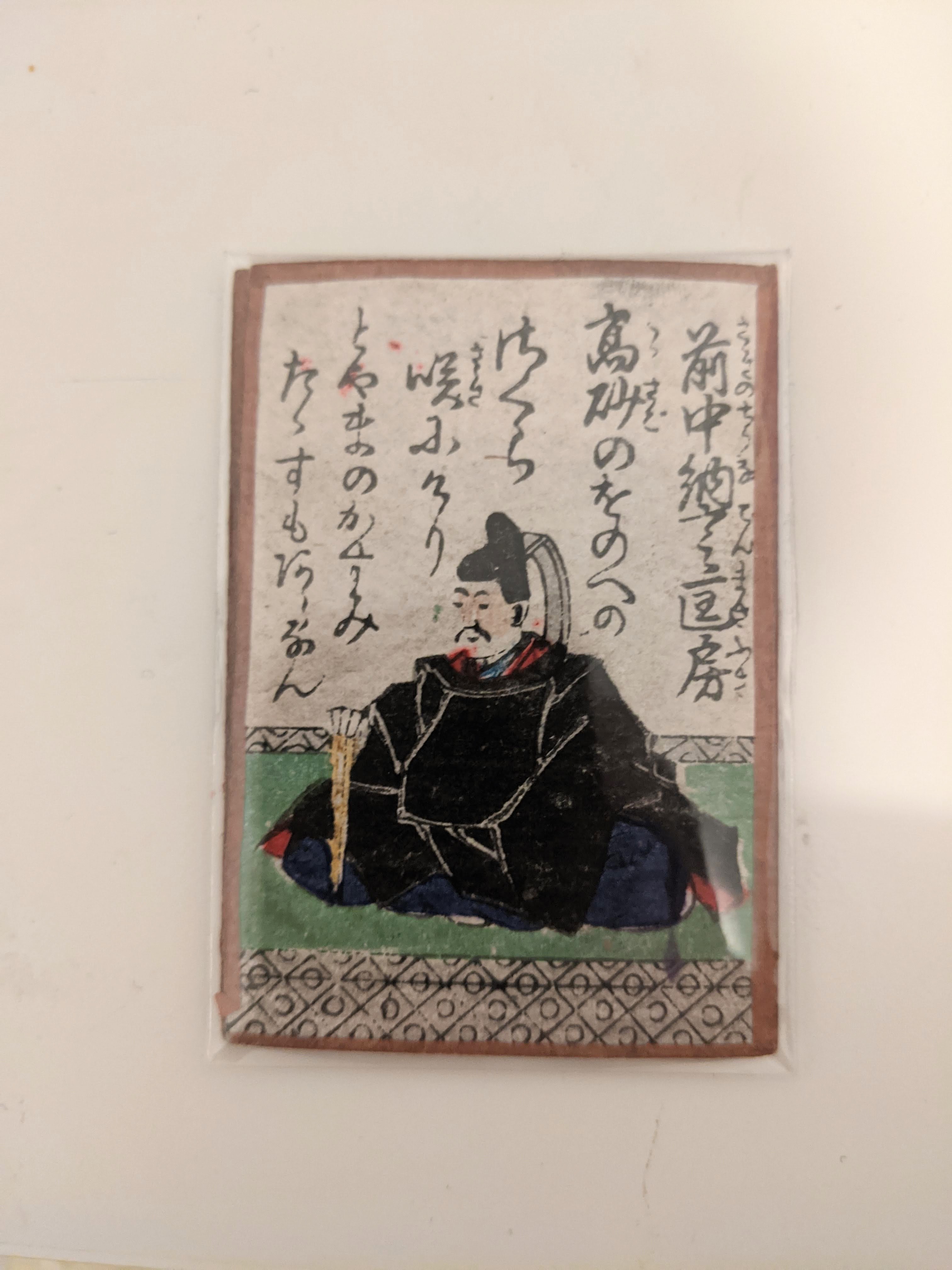 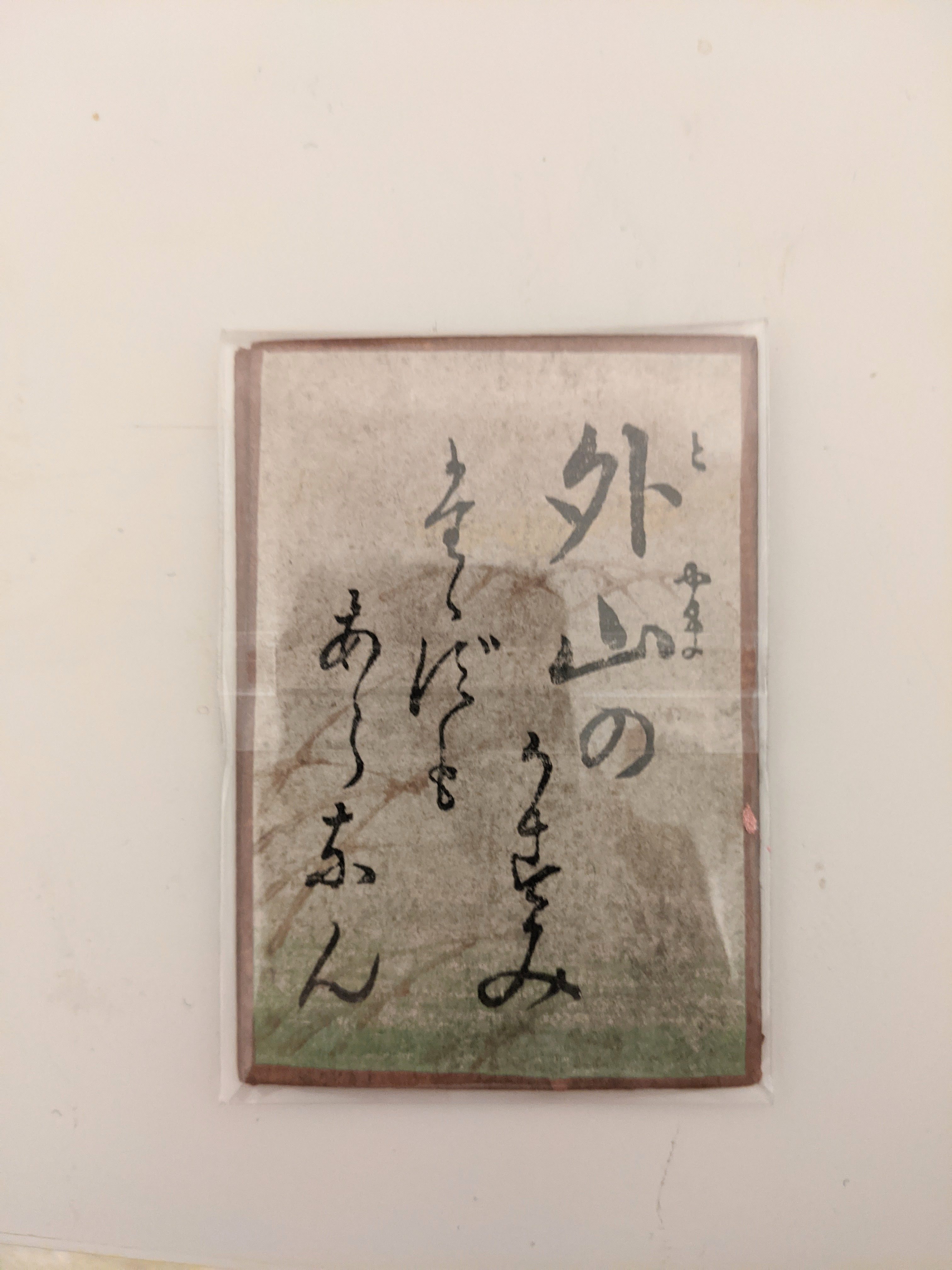 I remembered I have this two Meiji-era cards. And I am using that as an excuse to bump the thread.