I did bad today

I got my lowest ever percentage today, around a 46%, and I feel so terrible, I know why it happened, mostly because I have been abroad for 2 months, but yesterday went better so it was a real shock.

There are others for sure, but I like the low-key intensity or the slice-of life-vibes of these shows while being a good pick-me-up bright spot of happiness! XD Funny and endearing. <3

I will check it out! 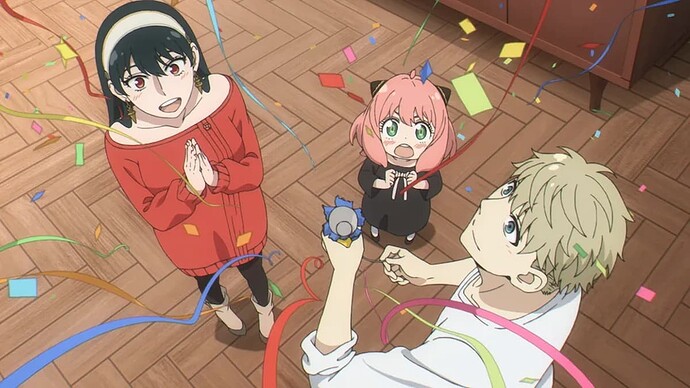 Though if you feel better when you get depressed and overloaded with information about the nature of the self, society, and the world, then I would also recommend Evangelion.

Otherwise, not an anime, but Yotsubato! never fails to cheer me up.

I’ll second Shirokuma Cafe, and other sort of easy going anime like that. For me, sometimes I want something feel good that isn’t like over the top funny but more pleasing and relaxing. Shiro-kuma cafe is so perfect for it; and they made so many episodes

Happens… Sometimes when i’m repeatedly getting things wrong that I feel like I know it makes me angry but i just gotta remember that it’s really not that big a deal. I’ll get slightly more reviews tomorrow and then they’ll be more solid in my memory later. Still frustrating though.

When I’m angry I watch Naruto, I constantly go back to “Gotta See! Gotta Know! Kakashi Sensei’s True Face!” or other episodes where they’re actually getting along for once. I can’t help but smile from how cute they are.

It depends on what kind of anime you like? There have been shoujo anime coming out lately with more coming out next year.

I got my lowest ever percentage today

I’ve no anime suggestions, but, like all of us, I’ve been there and do have a suggestion.

One bad day almost always turns into a streak of difficult and demoralizing days.

Stopping lessons until you recover is obvious.

Far less obvious is that the fix is more reviews, not less. In particular, I believe in as many repeated “out of band” (self-study/extra-study) reviews of stuff in early stages as you can stomach.

Out-of-band reviews of stuff in later stages (guru-enlightened) is cheating yourself. You want to test your retention so the SRS can do it’s magic.

In my (strong) opinion, reviews are of two types: actual reviews (stages 1-4: frequent iterations to get stuff into your head initially) and retention tests (to see if the stuff you learned really stuck after gaps of several days to four months without a review).

I believe “extra” reviews of stuff in earlier stages is always valuable and NOT cheating. This is true whether the stuff came from recent lessons, or because you missed your retention tests with higher stage stuff and they’ve fallen back down.

I’m a huge fan of the self study script. The new extra study feature is almost as good, but I like being able to focus ONLY on stuff in stages 1-2, only stuff in stages 1-4, etc. Depending where I am in a level, I sometimes omit vocabulary and only test myself on lower stage radicals and kanji.

Whenever I feel that yesterday was a particularly difficult day of reviews, I force myself to go through repeated iterations of self-study, continually re-quizzing just the items I’ve missed each iteration until I can score 100%.

Each iteration with only the items I missed gets shorter and shorter. If I’ve still got time and energy, I follow up with another full quiz with all the stage1-4 items as a final pass.

I do this before my formal reviews (and not on the same day that I suffered. I then immediately start my real review session.

Obviously I score better on my real reviews after self-study. Surprisingly, it also helps significantly with EVERY subsequent review session.

I believe all of us benefit with more iterations of stuff in early stages than the SRS normally gives us.

I still have lots of days like this, and I hit level 60 months ago. Hell, I’ve had whole review sessions where I got 0%!

It’s the nature of the beast: SRS, by design, shows you what you’re in danger of forgetting.

Try reframing it. You actually don’t want too high a percentage. A high percentage can mean that you’re not challenging yourself or getting anything out of your practice. It’s actually good that you know where you’re weakest and where you can focus. Right now, my weakest areas are in speaking, and I hate speaking practice!

Right now, my weakest areas are in speaking, and I hate speaking practice!

Fascinating. For me it’s handwriting!

Right now its リコリコ (Lycoris Recoil), its fun shut your brain of cute characters with John Wick action. Don’t be too disheartened! These days happen, but they are just little moments in the grand scheme of things.

ooo i will definetely try this next time!

My comfort anime are Natsume Yuujinchou and Ookiku Furikabutte. Uramichi-oniisan is really good too (and funny)

- wouldn’t be learning if it was always a good day!