For you nerdy designers... Japanese Typography

For all of you other nerdy designers out there, typographers, digital artists, ect… I found this really interesting…

Goes to show how much really goes into designing a different font, and how much more so with Japanese, as there are SO many more characters. So vastly different than what goes in our English system. An interesting history behind each of the companies.

Cool, thanks. I wonder how much longer it takes to design a Japanese typeface and how much more expensive they are.

I roughly know a few of the challenges involved in designing typefaces. Japanese fonts, as well as other full-spaced character fonts don’t have to deal with a major difficulty: kerning their primary characters, the process of adjusting the spacing between characters. Lack of kerning means that each character can be designed without worrying about its position w.r.t. others’. On the other hand I think the complexity of kanji, given how dependent they are on accurate stroke positioning and inter-character distinction, means more work to achieve a consistent and readable style throughout.

The bar is much higher for newcomer typographers; contrast the availability of free open-licensed Japanese fonts with the wealth of primarily alphabetic fonts on resources such as Google Fonts or the Open Font Library. http://www.freejapanesefont.com/ is the biggest resource I’ve found for free Japanese fonts, but I don’t know if they all have permissive licenses, and some fonts don’t have the full kanji set.

Basically, typeface design is cool and a lot of work.

This is awesome! I am a total type nerd and seeing that Japan has a good foundry scene makes me happy. I think working at one of these companies would be a dream job for me (and I can see some of them have sites that could use some love).

Maybe some of you have seen this before, but these guys go around Japan finding cool store signs that were hand painted back in the day, they then design a full typeface based on the sign and sell goods on their website featuring the font - the money from sales goes back to the original shop owner in order to keep old local businesses alive. It’s pretty awesome Have you seen this “city fonts” tumblr? nodoca 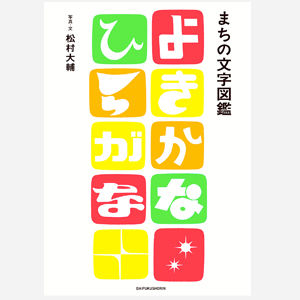 That is awesome!! I’m in love with the concept and execution! I’m a total sucker for this kind of thing lol

I also love how when you preview the font on their site the storefront grows along with the sign. Nice touch (even though it’s programmed in Flash)

Ohh man… this book looks amazing. Definitely triggers my inner nerd. Thanks for sharing, this would be a perfect coffee table book. Also confirms that I need to use Tumblr more often.

Wow, all of this is so cool! I know next to nothing about design, but I love fonts!

How does one get into this stuff/using this stuff? Do you use it just for websites or other personal things?

Fonts are useful for everything! You can design websites, posters, logos, personal shirt designs, and whatever else you can think of. It’s often hard for me to find shirt designs that I like online so sometimes I design my own and get them printed or I’ve even hand-inked some before.

Photoshop is easy for working with fonts, and Adobe CS2 is offered for free now because they don’t want to maintain activation servers. If you wanna go pro then try out Adobe Illustrator to get the best quality! Playing with Japanese fonts is actually really fun, especially in Illustrator where you can get real into the details

Thank you for replying! I’m going to look into Adobe CS2 and other fonts.
It’s a whole new world

In my last year of College we had to design our own typefaces, and that was pretty rough. (It’s super fun to design, but man… it’s work… Especially when trying to make sure each letter works well with another, making sure the nodes aren’t screwed up, and blahlahlahah.)
In my case we only had to do the alphabet. But the amount of work you’d have to do for Japanese… Katakana, Hiragana, and at least somewhere between 500 - 2000+ kanji depending on what the purpose of the typeface is for. They definitely don’t get paid enough for the amount of work they put in making these.

I had to take a type design course as well. The struggle is real.

I cannot imagine the amount of work required for a Japanese font! Luckily they don’t need to care about hinting or tracking because I think it is all monospace

It's easy and worth the effort.